‘Coming 2 America’ is a parade of black celebrities 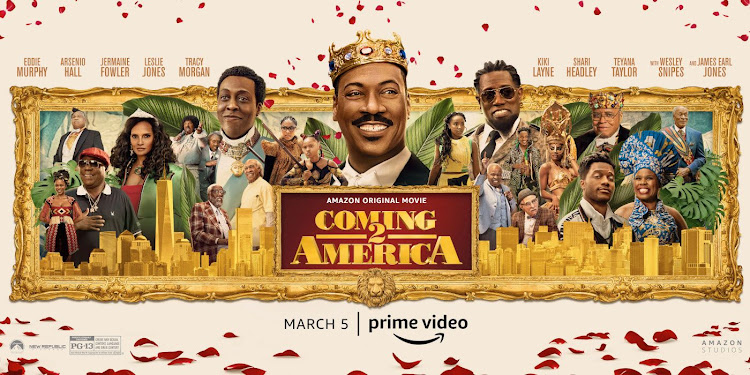 Thirty-three years after the global success of its predecessor, ‘Coming to America’, comedian Eddie Murphy finally produced the sequel. The film was released worldwide on Amazon after many months of teaser trailers.

On the 20th anniversary of his wedding, Prince Akeem is summoned by his dying father King Jaffe Joffer of Zamunda. The king and the royal Shaman inform Akeem that he has a son he sired on a drunken night in Queens 30 years ago. Since Prince Akeem only has girls from his marriage to Lisa McDowell, the laws in Zamunda demand that the throne must pass to a male heir. Before he dies, King Jaffe orders Akeem to return to Queens to get his son.

General Izzi, the dictator of Zamunda’s neighbouring country, Nextdoria, threatens Akeem. General Izzi demands that Akeem’s oldest daughter Meeka must marry his son. Akeem decides to go to New York and bring Lavelle and his mother Mary back to Zamunda. Lavelle must navigate a series of tests before being crowned prince.

Coming 2 America feels like a clumsy plot put together in a sentimental moment of ‘good old days’. The film is lacklustre and lacks quality humour. Fortunately, the actors make this film bearable.

While Eddie Murphy might have been a household name in the 80s and 90s, he is no longer as popular as he used to be. Comedy and humour has changed a lot in the last 30 years. What we thought was ridiculously funny in the 80s and 90s now sounds crass and cringe-worthy.

Black Americans fail to understand how off-putting the fake Wakandan/Zamundan accents are to most Africans. The film is a parade of famous black American comedians, singers, rappers and actors. Everybody from Trevor Noah to Gladys Knight makes an appearance in the film.