HERE'S WHY YOU SHOULD GET THE SHOWMAX APP

From accepting M-Pesa, to live sports, the Showmax app has become the one to beat

• It’s been four years since Showmax launched in Kenya 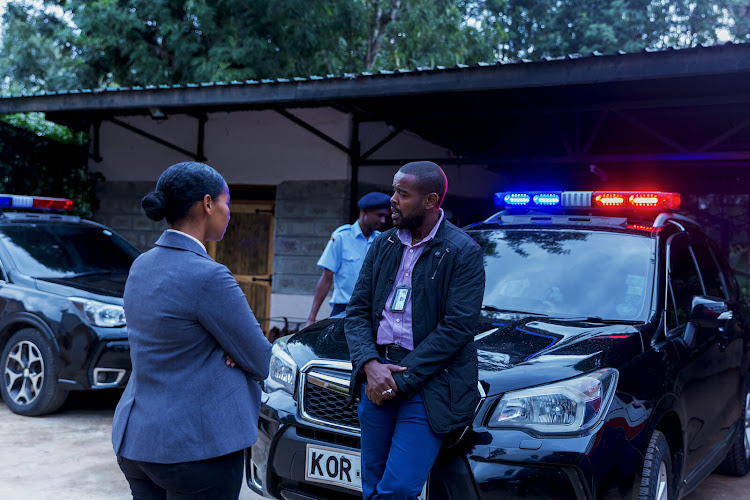 A scene from "Crime and Justice", now available on Showmax
Image: Showmax

When Showmax launched in Kenya in 2016, it was an African alternative to other popular streaming services that had recently arrived, like Netflix.

Since then, the MultiChoice-owned platform has evolved at a steady pace to adapt to the market, delivering solutions such as M-Pesa payments, mobile-only subscription plans, the latest episodes from popular shows on DStv’s local channel Maisha Magic, and a sports package with live matches, including the English Premier League.

Recently, the first Showmax Original filmed and produced in Kenya went live on the streaming platform: Crime and Justice.

With these evolutions, it’s time to give Showmax another try. Here’s why:

Watch the #HBOTiger on Showmax now

Fans of local and Swahili content will enjoy the variety on Showmax, from series like Monica and Sol Family to familiar titles from Maisha Magic, including Selina, Kina and Njoro wa Uba and more.

Showmax has a catalogue of titles subscribers can’t find on any other channel or streaming service in Kenya, including HBO shows like Succession and the new two-part documentary about HBO documentaries like Tiger Woods and Crazy Not Insane. Then there’s Vikings, Siren, and more.

Showmax’s original movies and series showcase homegrown talent in front of the camera, and behind them as well. Watch Kenyan police procedural Crime and Justice, psychological thriller DAM, the hysterically funny mockumentary Tali’s Baby Diaries, and Nigerian original reality series I AM LAYCON.

Stream Crime and Justice now, only on Showmax: https://bit.ly/3aGEf3X

Short films, documentary films, full-length feature films – Showmax has them all. Like 21 Bridges starring the late Chadwick Bosman, star-studded whodunnit Knives Out and the latest Guy Richie movie, The Gentlemen.

Showmax has apps for all devices

With Showmax, you can download the shows you want to watch and take them with you on smartphones and tablets. Showmax is also available on laptops, smart TVs, gaming consoles and more.

Choose between two plans: Showmax or Showmax Pro. If you prefer to watch videos on your phone with mobile data or when you’re connected to wi-fi, both of these plans have mobile-only versions that are half the price of the full plans. The only difference is that you watch on your mobile device (phone or tablet) only, instead of watching on a variety of devices like a laptop, smart TV or gaming console.

Worried that signing up is complicated? No worries – it takes less than five minutes to become a subscriber – go to showmax.com and follow the simple instructions. You can pay with M-Pesa, your Visa or Mastercard, or even add Showmax to your DStv bill! Premium customers don’t pay anything extra.

There are no long-term contracts.

Try Showmax free for 14 days at www.showmax.com, starting from KSh 380 per month.