• Lack of sign language in mass media locks out about 600,000 deaf people

• Signs TV is bridging the gap, and its latest offering educates and entertains 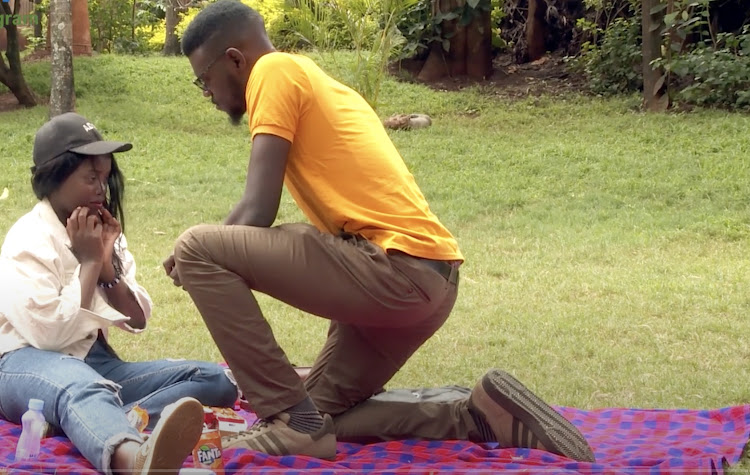 The show chronicles the journey of deaf girl Eva, a 24, as she moves from her village to the big city in search of greener pastures. In her pursuit, she encounters twists and turns that open her eyes to a whole new world.

“Our main goal with this show is to provide information to the deaf community about sexual and reproductive health issues in a way that is engaging and entertaining,” says Gloria Njoki, the producer of the show.

In many contexts, sex, birth control and menstruation are deemed taboo subjects that many feel uncomfortable wading into. The show uses a simple and relatable storytelling approach to explore these issues in a way that provokes thought and stirs up conversation on what a healthy sexual and reproductive lifestyle entails.

It has subtitles for non-deaf viewers and is available on Star Times and GoTV.

The cast of City Girl includes a vivacious team of budding deaf actors, who, albeit being first-time actors, do a decent job in portraying the characters in the story. Eva, the main character in the show, is played by deaf actor Videliz Njoki, 26, whose hearing was impaired as a result of the August 1998 US embassy bombing in Nairobi.

For Videliz, being part of the show is a dream come true as she got a chance to showcase her talent. Her passion for performing sometimes felt beyond reach mainly because people living with disabilities are often not included in mainstream television shows.

The show created a space for her and other upcoming deaf actors to express themselves artistically and dispel some stereotypes about deaf people. “Many people often assume that deaf people don’t fall in love or engage in sex,” Videliz says.

“This TV series gave us a platform to show that deaf people are just like everyone else: we have feelings, aspirations and talents. We don’t want to be pitied or looked at differently.”

One of the distinctive aspects of the show is that it predominantly uses Kenyan Sign Language (KSL) as a medium of communication. Gloria says the deaf community misses out on critical information about sexual and reproductive health issues since most mainstream broadcast platforms do not relay information in a way that the average deaf person can understand and relate to.

The community is generally under-served when it comes to accessing information on sexual and reproductive health rights. In the past, sign language was seldom incorporated in important public communications. But gradually, there has been some improvement as many television stations now incorporate sign language interpreters during news broadcasts and important public announcements.

While including a sign language inset during news broadcast is essential, it does not suffice or meet the threshold set in section 39 of the Persons with Disabilities Act 2003 that requires all television stations to “provide a sign language inset or subtitles in all newscasts and educational programmes”.

Besides including sign language insets during prime-time news broadcasts, a lot of Kenyan TV stations do not incorporate sign language inset or subtitles during other hours of programming. This leaves an estimated 600,000 deaf people bereft of entertainment and information.

“For a deaf person, watching a TV programme with subtitles or a small box at the bottom of the screen with a sign language interpreter is not satisfying,” deaf hairdresser Hellen Achieng, 28, says.

“We struggle a lot to make sense of what is being said because the sign language inset space is too small and the few shows that have subtitles often use language that is difficult to understand.”

As an ardent fan of City Girl, she hopes the show will have more seasons and there will be more productions of TV shows that use sign language.

However, in the face of limited investment in educational media content for under-served niche audiences, there is growing concern that the deaf community will continue to miss out on critical sexual and reproductive health information.

Emelda Ochieng is a journalist and filmmaker with years of experience working at the interaction of media and advocacy.

Inside a cafe where all servers are deaf

The hiring decisions at the cafe have nothing to do with charity
News
3 years ago
Post a comment
WATCH: The latest videos from the Star
by Emelda Ochieng
Entertainment
25 July 2020 - 06:00
Read The E-Paper