The rise of digital arts and their horizon of aesthetics 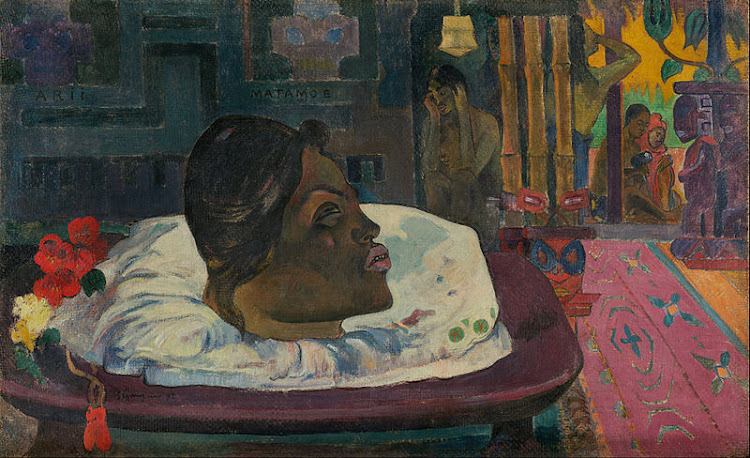 We live today in a world that is changing rapidly. One of the most important and powerful dynamics shifting perspectives of our social and cultural lives is digital technology. It is ubiquitous in all aspects of our society, from educational to political to economic and even cultural spheres.

The art world has not been spared, and increasingly, the nexus between arts and digital technology is being highlighted in various ways. Today, it is not uncommon for us to talk of digital economies, digital sports and even digital arts.

Just like the other traditional art forms, the digital arts rely on creative imagination, artistic impulse and vivacious propensity for the articulation of ideas that colour and shape our human emotions and societal essences.

The reliance on different digital technology tools and platforms is what primarily sets the area apart from the rest. However, it can be argued that art is not primarily about the tools that lead to its creation but the very messages and visions that it communicates to the universal society of mankind.

The term digital arts first came into use in 1981. It covered a whole range of technological experiments that worked with both the arts and digital media. In the 1990s, with advances in new media technologies, the term became canonised.

Works of artists of the 1980s, such as Andy Warhol, galvanised acceptability of the new art forms outside Africa. With the increased use of the Internet across Africa after the turn of the century, especially among the youth, the genre has been rising steadily.

Platforms such as African Digital Arts are an example of just one dimension that this field has explored in terms of growth and development. The platform markets itself as ‘a celebration of African culture of art, design and technology’. The platform also covers ‘a wide range of artistic production, from audiovisual production, animation, interactive projects, web, film to graphic art and design.” It is accessible online from www.africandigitalart.com.

The world of digital arts appears to be so far, yet so near. In Kenya today, several colleges are pursuing it as a field of learning and knowledge. Using traditional schools of thought of the 20th Century, such as Semiotics and Postmodernism, public and private universities such as Kenyatta University and Daystar have repositioned their arts curriculum to factor in the digital arts.

However, much of the training of digital artists is happening in non-varsity tertiary colleges located mainly in Nairobi and other key urban centres. In Nairobi, the Shang Tao Media Arts College represents the hallmark of this trend. It is a well-established college that has been equipping youths with skills to experiment and develop various forms and types of media arts using digital technology.

In fact, it is arguably the pioneer institution in the country to “incorporate specialised dual-screen and 3D visualisation optimised workstations in all its labs”, according to information available from their official website. The college is popular with young Kenyans and East Africans keen on exploring the horizons intersecting technology and the arts, with the media sector being the key employer of those who graduate.

Digital technology has revolutionised our understanding of the nature and function of arts just like other earlier technological advancements did in history. The camera came in the 19th century to change visual aesthetics and performing arts. Film and cinema are two virtual heritages that arose out of this American innovation. Digital technology is steadily enhancing our understanding of photography, painting, music and even literature.

It is hoped, for example with the advent of animation technologies in Kenya, that our traditional folktales will not die but be adopted and adapted to create quality episodes or series that can nourish the youth and posterity. The comic hero Asterix from France has been moved from paper pages of books to the digitised stage of DVDs and Internet movie forums. Can the same be done for Lwanda Magere, the oral folk legend from Lake Victoria?

Rather than view the rise of new media technologies and digital art as challengers to the place of traditional arts in our societies, we can seize the golden opportunities that the new field offers. Newness arises from experimentation and, as the saying goes among the Agikuyu, youth are particles of God. The divine impulse to create and innovate percolates the youth cultures and subcultures throughout history and almost always results in shifting horizons of aesthetics.

Indeed, technological innovations can reinvigorate our established views of the arts and their stake in society. This is the case especially when digital art revolutionises and breathes new vigour, vitality and artistic vapour into our own arts, aesthetics and genres of culture.

As we enter the second decade of this new century, we shall expect our art and artists to showcase global genres of digital arts, such as web art, information sculpture, kinetic concrete poetry, digital poetry on top of the traditional animations in 3D and 2D forms familiar to our fast-changing African societies, in spite of the digital divide pitting Africa against the developed world.