• Basata said "Vitamin U" which the rapper performed with her Kenyan musician boyfriend, Timmy Tdat contravened its regulations. 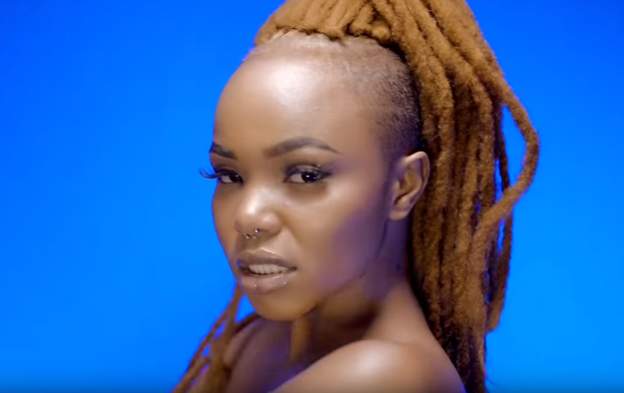 The authorities in Tanzania have suspended female rapper Rosa Ree from performing for six months, saying her recently released music video "went against the country’s’ morals".

The body that regulates the arts industry in Tanzania, Baraza la Sanaa la Taifa (Basata), added that the song "Vitamin U" which the rapper performed with her Kenyan musician boyfriend, Timmy Tdat, also contravened its regulations.

The suspension means Rosa Ree will also not be allowed to perform outside the country and will have to pay a $870 (£675) fine, The Citizen newspaper reports.

The acting Basata CEO Onesmo Kayanda, The Citizen reports, said the body found the rapper had made two mistakes:

“We summoned Rosa Ree and granted her a hearing. The board found her with two mistakes other than sharing explicit content online. One, she never brought the project to Basata for review and two she did not enter into a contract with the international artiste she collaborated with as per the law."

Another version which the news site refers to as "cleaner" was uploaded last week and currently has 180,000 views.

The over three-minute video has some of its scenes blurred.

Last year, Basata sanctioned top African pop star Diamond Platnumz after he played a song which had been banned for being sexually suggestive.

Post a comment
WATCH: The latest videos from the Star
by BBC NEWS None
Entertainment
15 November 2019 - 10:43
Read The E-Paper