Second season of what was initially billed as a limited series 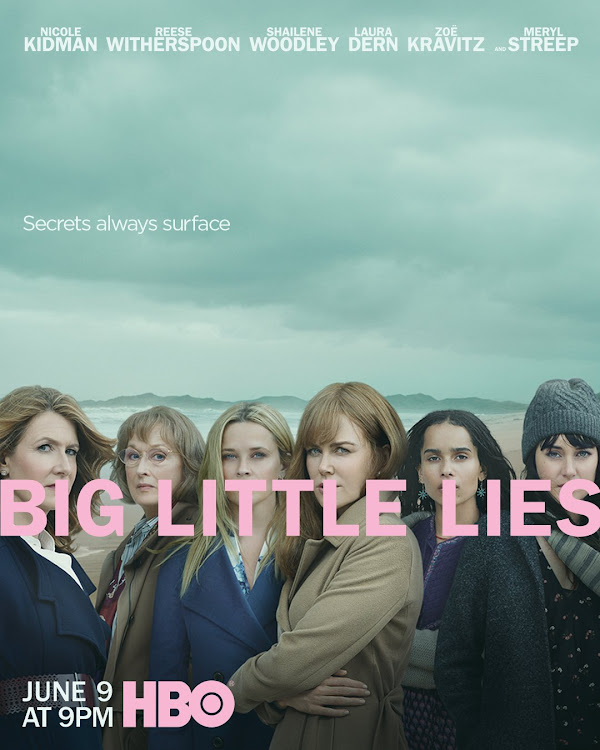 Following Perry’s death the previous year, the ‘Monterey Five’, Madeleine, Celeste, Jane and Renata, try to move on with their lives; but Bonnie seems to be struggling to cope with the truth weighing heavily on her mind.

Bonnie wants to turn herself in since she is the one who pushed Perry down the stairs, but the other women are adamant about protecting her and each other. Celeste keeps having nightmares about Perry. Although the ladies would like nothing better than to leave the past behind, they are unable to, as the police haven’t closed Perry’s death case. And worse still, Celeste’s mother-in-law, Perry’s mother Mary Louise, is in town, trying to get to the bottom of how her son died.

Mary Louise becomes the women’s nightmare as she craftily tries to break them individually so they may confess the truth.

Mary Louise learns the truth about Jane’s rape and Ziggy’s parentage. Although she claims Ziggy as her grandson, she refutes that Jane was raped by Perry. She also tries to get custody of Celeste’s twins, citing Celeste as an incapable mother.

Mary Louise comes into the women’s lives like a storm that promises to uproot all their secrets and leave nothing but calamity in her wake.

Having seen the great success of the show, Meryl Streep showed interest in joining the cast. And although the show was initially billed as a miniseries, it was renewed for a second season, following all the critical acclaim and accolades from its first season.

Ideally, overturning the initial plan to have the show as a limited series, is a risky idea. The show was complete, it even ended on a similar note as the book it was based on.

Creating a second season was risky business. But fortunately, it works. A large part of the sequel’s success can be attributed to Streep’s resounding performance of a grieving mother in search of justice.

The storyline is also well-thought- out, playing with the viewers’ interests on the miserable lives of beautiful and successful people.