It’s tedious, some scenes are uncomfortable to watch, and it just falls flat on its face

The 2000 film of the same name was a hit. This is nothing short of catastrophic.

In 1989, a cartel run by drug lord Gordito tries to assassinate John Shaft. But John wasn’t in the car alone. His wife Maya and baby son, JJ, were in the car as well. Although they all survived unscathed, Maya is terrified for their safety and decides to leave Shaft.

Years later, JJ is a data analyst with the FBI and has no connection with Shaft. JJ’s friends Karim and Sasha are his only support. When Karim, a former vet, dies under mysterious circumstances, JJ decides to investigate on his own. His investigation leads him to Harlem, where a drug dealer called Manny had supposedly supplied the heroin that killed Karim.

JJ is beaten up by Manny’s gang. With nowhere else left to turn, JJ asks his father, Shaft, for help. Shaft realises that by helping JJ, he might get to Gordito after all the years of searching. Their search leads them to uncover a web of lies that are linked with Karim’s charity organisation for retired vets, Brothers Watching Brothers.

Meanwhile, JJ’s investigation manages to interfere with the FBI’s own investigation, and JJ ends up being suspended. JJ’s friend Sasha is kidnapped by Gordito’s people and Shaft and JJ must seek the help of the OG, John Shaft I. The three Shafts set out to rescue Sasha and avenge their past with Gordito.

I’m not sure how the film’s prequels in the 70s fared, but what I know is that the 2000 film of the same name, starring Samuel L Jackson, was a hit. It was about a badass cop whose unorthodox ways always got him in trouble. It was the turn of the millennium, and we celebrated those who rebelled against the old order. It was funny, too; we didn’t care about misogyny then.

But this is a different time. Passing on the same jokes and values to a newer generation is not something we find very amusing. The film is nothing short of catastrophic. It’s tedious, some scenes are uncomfortable to watch, and it just falls flat on its face. Some legends should be retired and admired for what they used to be. Shaft is one of them. 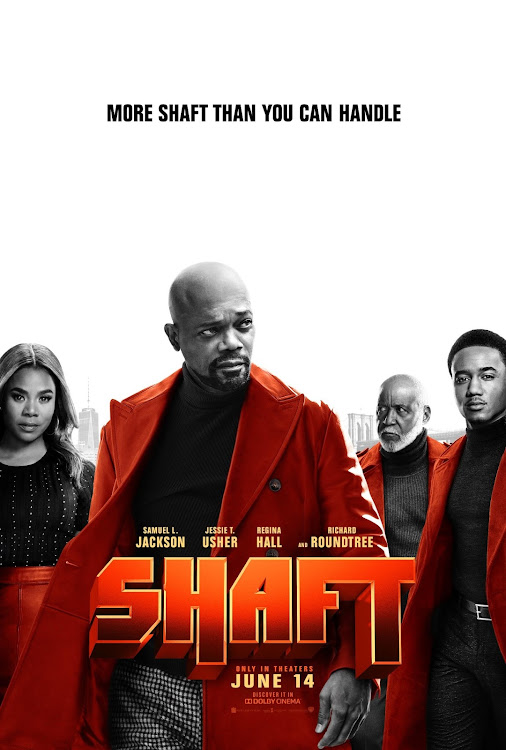