• When they see us is a recreation of a rape case that gripped America in 1989. 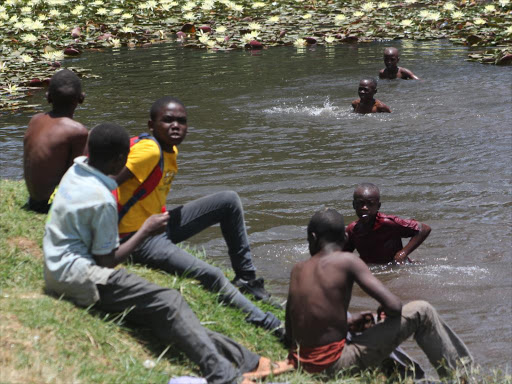 The internet has been abuzz with Ava DuVernay’s remake of the 1989 infamous case dubbed ‘The Central Park Five’. Where five teenage boys were prosecuted and charged for the rape of a white female jogger who was attacked in Central Park.

The story starts in April 1989 with several boys hanging out with their friends after school. Soon, a neighbourhood crowd forms to go ‘wildin’ in the park. At the park, the boys become rowdy and harass cyclists on their way. When they see things getting too wild and the police on their way, everyone flees. The police arrest some boys while others manage to escape. Kevin is among the lucky ones to get away. That is until the police come looking for him at his house.

As it turns out, the police were in the process of solving a crime labelled ‘The Central Park Jogger’, where a lone woman was attacked from behind, dragged and raped multiple times. Since the boys were in a different part of the park at the time, the police decide to tie the two cases together. They use four boys, Kevin, Antron, Yusef and Raymond, to turn against each other, even though they all didn’t know each other. They coerce them into pleading guilty. But the case still doesn’t add up to the prosecutor. So, they used Korey Wise. Korey was picked up inside the police station as he waited for his friend Yusef to be questioned. The police used his testimony to tie up the loose ends by feeding him information that made their case viable.

All the boys except Korey pleaded guilty and were given maximum sentences. Korey, who maintained his innocence all through the trial, was also given the maximum sentence to be served in an adult prison, even though he was 18 at the time.

The TV film is divided into four parts. Each part detailing the various parts of each boy’s story and effect on their families. The show is as good as it gets. DuVernay working with the real-life Central Park Five on the project made it as authentic as possible. The acting and directing are nothing short of outstanding. And while all the actors did a commendable job, Jharrel Jerome is undoubtedly the breakout star of the show with his heart-wrenching portrayal of Korey Wise.

It had been dry over much of the park, and then we had some good rain over most of the central and northern part of the park. Within days, fresh ...
Sasa
4 years ago

The officers also assured the tourists that they are safe to visit the park.
News
3 years ago
Post a comment
WATCH: The latest videos from the Star
by Nabila Hatimy realobserver
Entertainment
15 June 2019 - 00:00
Read The E-Paper