Mind-blowing theories of Lupita film 'Us'

• The fan theories are just as crazy 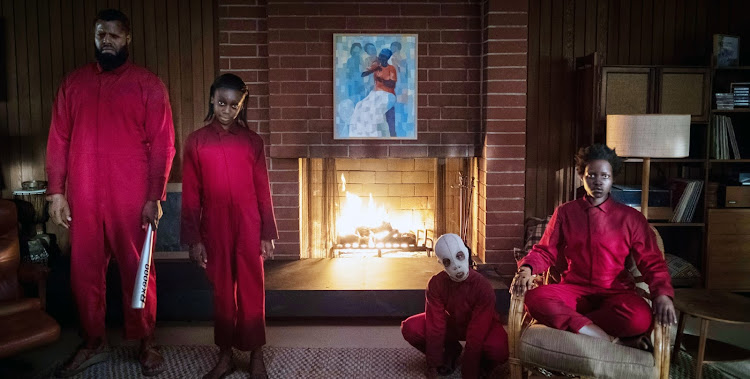 The much awaited Jordan Peele film, Us, hit theaters in Kenya this weekend.

Adelaide returns with her family, to the beach house where she grew up with.

She is haunted by a traumatic experience from her past and grows concerned that something bad is about to happen.

This fear becomes a reality when four masked strangers descend upon the house, forcing the Wilsons into a fight for survival.

When the masks come off, the family is horrified to learn that each attacker looks exactly like them.

In the film, we learn that the ‘clones’ who are referred to as the ‘Tethered’ are part of an experiment conducted by the U.S. government as a means to control the people they were cloned from.

Explaining what the Tethered mean, Peele explained they perfectly represent the film’s tagline: “We are our own worst enemy.”

He elaborated on an interview with Entertainment Weekly explaining, “I think the main idea that went into writing this film is that we’re our own worst enemy, and that idea created this monster, The Tethered.”

While biggest plot twist of the movie is that in her traumatic experience as a child, Adelaide was switched with her Tethered clone, Red, like most of Peele’s movies, this one too, was filled with theories.

One of the most popular one being that the son, Jason, was switched earlier on and so was actually a tethered throughout the movie.

“Jason is a tethered. The year before, Pluto (real Jason) was doing his magic trick at the summer house & burned his face. Tethered Jason switched with him at that point, that's why no one knew he was burned. He can speak because Red can speak and taught him,” twitter user, MrsWash said on a thread.

“And because she went under at a young age, that's why some of his phrases are "off". So Tethered Jason is above for only a year. That's why he doesn't remember where the bat is, he was offbeat with Adelaide, doesn't remember the magic trick.” she adds.

Another added to this saying, “only Gabe and Zora were real people because Jason has been wearing that mask the whole movie and Adelaide gets creeped out when seeing her reflection.”

Others connected Us to Peele’s 2017 film, Get Out, stating that they are from the same universe with these explanations:

“I don’t know if a lot of y’all peeped this but #usmovie and #GetOut are in the same verse here is my theory why, y’all remember when they were at the beach and Kitty was talking about how she got plastic surgery and then she spoke about how perfect Adelaide features [were],” tweeted Hunter.

Twitter user further explained, “#UsMovie theory: the “They” that Red is speaking about are The Red Alchemist’s Society, the group from Get Out that invented the Coagula Procedure. Both plans hinge on subjugating people through science, and one could have been a replacement for the other.”

Another popular theory making rounds on Twitter is that of Peele’s secret hint based on the titles of his movies.

“The biggest conspiracy theory to Jordan Peele and his movies? His titles are giving us hints on what to do. "Get Out" + #Usmovie  Change "Us" to "U.S." "Get Out" of "U.S." There's warning signs and hidden messages throughout both films,” Shaun tweeted.

A newer theory is based on the possibility of the children, Jason and Zora, carrying the tethered gene, following Adelaide’s switch which was revealed at the end of the movie.

“My lastest #UsMovie  theory: what I'm calling the 'tethered' gene (cause the kids are half and half) is a dominant/recessive thing, and so Jason/Pluto have a stronger connection than Zora/Umbrae because...they inherited it? I'm working on it,” tweeted Amina.

The theories go on, and we can now wait for Peele to confirm them.

Get Out has been named best film at the Film Independent Spirit Awards - which has predicted the best picture winner at the Oscars four years ...
News
4 years ago
by Meera Pattni
Entertainment
01 April 2019 - 14:31