Of literary magazines and luminaries of new African writings 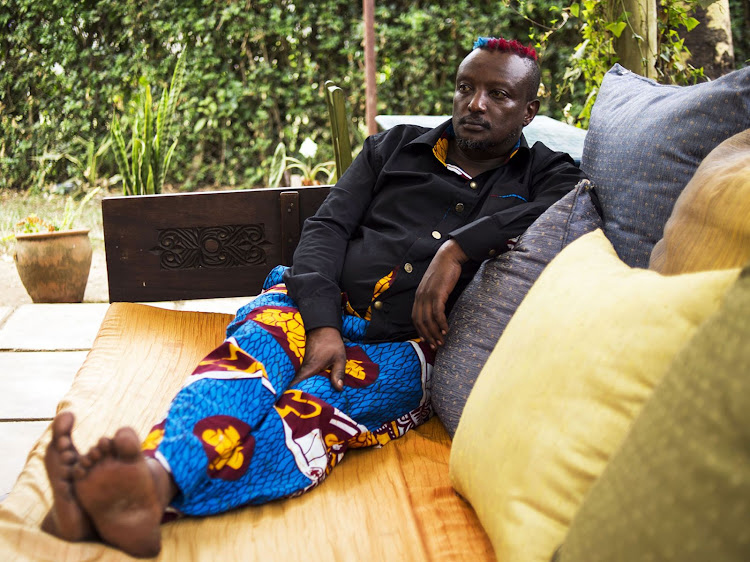 One night we sat around a square, well manicured table. It was black in colour if I recall, but draped in neat white on the balcony of a great spot in Nairobi. The timber of the chair, though polished to shiny sheen, was old with patronage.

Patrons have sat here their palms on it, eating life in meals made with a touch of Renaissance, for aeons. The table was lit with a new candle to ward off summer gnats of Nairobi in New Year mode.

Music from the nearby kaleidoscopic Simmers was from the banks of the Congo. Loud and forlorn. The voice carrying the music on a gentle breeze was that of two maestros.

The baritone belonged to the Grandmaster Makiadi of TPOK Jazz band, and the sonorous was that of his nemesis Le Seigneur Rochereau of the mighty Afrisa International band.

Many here in our beloved motherland know the two giants of postcolonial music of Africa by their nicknames: Franco (also called Otoyo or the Hyena in Dholuo) and Tabu Ley.

The song of that unforgettable night in Nairobi was the banger called Ngungi. I got to know much later that this is the word for the mosquito in that musical language called Lingala.

The evergreen song comes from masterpiece album called Lisanga ya Banganga. It was the first album that the two nemeses produced together to signify a quantum leap in Rhumba of Zaire at the height of Mobutuism. The album title translates to something like: Tales of the Maestros. It is.

The tremulous song talks when translated to our languages of how one day before Qiyama day, Kinshasa, that iconic city of Joseph Conrad and H M Stanley, will implode from nuclear rumourmongering and atomic gossips! Is Nairobi’s fate any better?

Anyway, the table is still at the Trattoria Ristorante near Kaunda Street in the heart of Nairobi city. Its seats still have six spines. I recall my spine counting them in feelings.

Around the table of delicate and delicious eatables sat a man with heavy dreadlocks from Cameroon. He was visiting our capital city from South Africa. A deejay, he was a connoisseur of new African literature also.

He is the founder editor of a fecund literary magazine with a focus on culture, politics and art. It is called Chimurenga.

This is the Harare name for the military anticolonial struggles led by Nkomo and Mugabe decades ago.

Ntone Edjabe is deep. He was catching up with his fellow rasta and gourmet of 21st Century literature from Africa, who listened behind a halo of ringlets made by smoke, lifting to the decorated ceiling of the restaurant like hands in prayer.

I coughed twice as I listened to both earnestly. Being the younger at table, wisdom dictated that I spoke seldom and listened intensively. Binyavanga looked surreal as a silhouette between cigarette smoke and a moonless sky of our green city in the sun.

They talked about the magazine Binya was founding back then. Their similar rasta locks bobbing up and down with animated gesticulation.

He and his writing pals were calling it Kwani? So what? He had a rough draft of his now famous pioneer editorial.

The visiting rasta whispered about the CIA funds that partly ran Transition. Did Rajat know? Back then in the Rajat era, the Cold War was afoot. Culture was political. Politics was in writings and writers were in politics.

East Africa’s pioneer sensational and intellectual literary magazine of note, Transition later died. It resurrected in the US with Wole Soyinka, a great bossom pal of Rajat. Wole back then was a great debater and essayist on topical matters. He published many pieces in this Ugandan magazine.

His revival of Transition was homage to the sage who was his pal, Rajat. Now aged, he let his student at Harvard called Henry Louis Gates Jnr run the idea. Gates is one of the leading lights of African American literature today. American funds again came in handy.

Transition II was born. Is it still alive in that land where Rajat died forlorn like the song from Zaire by the two Rhumba maestros above, whose names forever etched are on the airwaves of Nairobi and beyond?

Flip back. Here we are. A new January. Ntone is back in South Africa. His Kenyan pal whom he met in SA in the 1990s as a student is gone. Binya.

Twenty years are gone by, too. Today. I am left in this city. I do not go to Kaunda Street as frequently anymore. Club Soundd that used to house Kwani? literary events and open mics and readings is a ghost.

Simmers is gone. Trattoria Ristorante still stands like a sentinel, a literary memento to many. I will go there this weekend to meet the eloquence of silence that is this unforgettable moment sandwiched between two pioneers of great magazines of 21st Century African literature.