The camel is an icon of survival, a symbol of resilience, a metaphor for fortitude 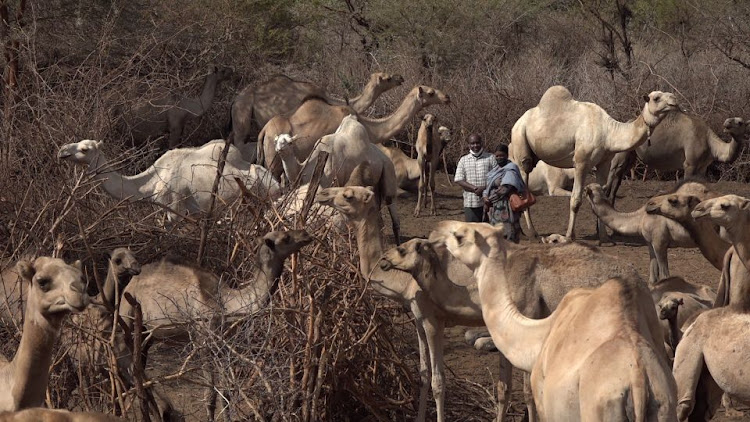 The year has finally come to an end. The end of one year marks the genesis of a new year. Here is where we are now, Kenyans. We stand on the threshold of a transition. Between that which was and that which will be, we find ourselves, in the presence of the past and the future.

Such a moment often presents itself as a golden opportunity. It is a space where one takes stock of the year that was. Also, it is a place where one sets the goals of the New Year and how it ought to be. This is the main reason why many Kenyans take time to usher in the New Year with sounds and lights of jubilation.

Each New Year is a lesson, also. It is a moment of learning just as it is a moment for learning. We ignore the physical fact that a new year is simply a completed marathon of the earth around the sun. We focus more on what went wrong and right in the year that was, as we write our resolutions for the year that is incoming.

In pursuit of New Year's resolutions, several sources are used to guide those who seek them. Some depend on religion and superstition to chart new paths for the future. Others use history and psychology to decant old ways and aspire towards new ones.

There are those who get tired of their biology, feeling ill at ease in their chemistry composition from birth, and assert new appearances courtesy of creams made in faraway places like China and the Middle East. In short, the sources of the resolutions people make each new year are several.

For us who are fascinated and enchanted by the arts, the fields of folklore and storytelling guide our feet each end of the year and help us map out the horizons that demarcate the year that follows. We find worthy nuggets of golden wisdom from stories here and there, some from near and others from afar.

This is why as you sit down to map your own words of wisdom to steer your feet, minds and hearts in 2023, you are invited to think of it as the Year of the Camel, Kenyans. The camel, that one animal that is rare in many parts of our land but is a beacon of survival to those who live in the hunger-stricken, rain-starved, lands of resilience to the North and East of our motherland.

The camel is the mother of lessons of survival. It is even said among the people of Islam that it holds a unique position in their traditions. The Prophet (SAW) owned one. It was called Qaswa. Some say that after he founded Islam, he set his camel free at one point in order for it to lead the people with him to the place where the first mosque ever was built.

Kenyans use blanks in teaching, empty slates. To fill them with the right answer earns you marks and upward mobility. Fill the blank slate of your year 2023 with the symbol of resilience that the camel is. 2023 is our year of the camel. We shall survive it against all odds, for did we not survive the three Covid years?

Many other stories about the camel exist, especially in the folklore of the Cushitic Kenyans. Think of the lessons you can learn from these two proverbs from Marsabit county. The camel does not see the curve made by its own neck. The camel does not make fun of the hump of another camel.

Among the Somali of Wajir, where incessant tales of terror attacks cast a dark shadow on one of the vast counties of the country, many tongue-in-cheek aphorisms on the camel exist. Drinking over-sugared black tea under an acacia at faraway Buna, this Christmas, I heard two that set my mind in thought.

The camel is an icon of survival. It is a symbol of resilience. It is a metaphor for fortitude. It is a good image to have in mind as you formulate your formulas for outdoing adversity in the year 2023. Be a camel. Store waters of hope not in the humps that you have not. Store it in the blood that runs your heart.

As nutritious as camel milk, let survival be your surname as you relentlessly strive to outrun hardships of all kind. If the camel and cactus can survive under skies with sparse rain, then one can make do with that which is available to sustain the hope of a better tomorrow.

Despair is not an option in the desert or life of the deserts.