Droplets of love in the time of dry spells

Coming of the rains remains a mirage in Northeastern

• Musings inspired by a journey to arid area 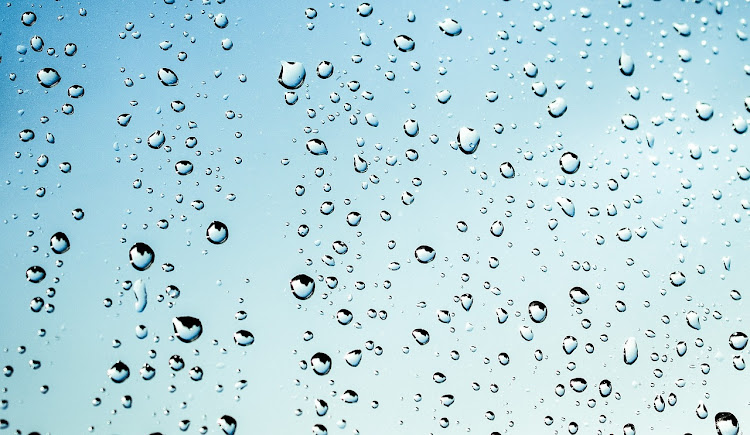 In the dead of the night, on the shroud of vast silence, the world overturned now, the black skies are now below, a major field with nocturnal crops, beaming white light in polka dots from here to everywhere. Do you also behold them as such, my love, wherever you are, eyes wide open in sleep or otherwise?

The moon of liberty is now a crescent to the Muslim eyes, the poets who water camels at the only wet oasis in Garbatulla, sight it outside the month of Ramadan. It is on this moon the shape of shaved nails that they place the sincere hopes of the season of rain, as they open their palms facing Saudi Arabia, palm prints united like lines of prayers to the Mask of Earth. I let on their meandering murmurs of piety and pleas to the Maker out there in Mekka, to ferry forth my own thoughts in the form of a grace for you, my love.

Listen, my beloved. No words uttered to the Lord God, wherever He is, be it in the deserts of Arabia or the oases of old Marsabit, go unanswered. For is He not the owner of Meaning? Don’t we here in Kenya, like others of foreign nations, stand in supplication to His celestial designs?

He speaks in the eloquence of silence that older than the moon and sun is. He is the Owner of Words. He chooses how they mean just as He does what they mean. May His Word be the shrine upon which the Life of Hope finds a resurrection. Ameen.

May His tongue touch you and in your ageing heart, seal the fissures of hurts born out the womb of memories. May His saliva be the balm upon the brutal anomie of misunderstanding that sits as a severe wound on the palms of your own crucifixion. Ameen.

As when the moon ploughs the acres of night skies, feeding the airy soils with departed souls now stars, littering the length and breadth of our motherland North, from the lands of the Borana to those of the Burji with famine, so shall we resist this nefarious nature of nocturnal despair as we pursue patience, hoping for the eventual sunrise.

For nights may be strong, farmers and cemeteries understand the sinews of their hands, yet daylight is like wiser tillers, whose hands rush not to sow, before the onset of rain, before the arrival of Chindibura birds that cruise the crest of rain winds and camp on the mighty Mulungula tree, in peace with birds the colours of the flag.

Those who call patience by its name through thoughts collected as prayers. Those who like herders of the North, read the grammar of heaven in the night sky. Those who rest on their beds restless at the stroke of midnight. Those who dream in staccato about the form of their faith in the Lord God, it is for them that this poem lives.

As it leaves the mental cavity of your wordsmith, it is no longer of this earth, this cadence of words composed at maanane ya usiku. It is a nest of mites that chew at the shroud of night. Yes. It is the colony of busy ants that chew holes into the night of our distress that our souls release may find to dream of freedom from hunger, again.

I had a dream. In the dream, I wandered the lonely lanes made by feet of mobile livestock of the Rendille, the oasis of Kalacha I saw at a distance, damsels dressed like Maasai but with hair curly like Somali, sang me a song about the myth of old Rendille.

In the dream, I followed the lanes in mighty miles past the earth-cracked acres of the regal Gabbra, their hovels made of straw and divine mercy, hovering on the shifting horizons like a mocking smile from their magnetic yet haunting eyes.

In the caesura of time, each moment I encountered them, it is the eyes of the kids of this land without rain clouds that spoke the stories of here clearest. One set of eyes abandoned by the roadside under a dying giant acacia, back rested on the dead trunk of this sad tree, had lost all flesh from it's puny body.

What I saw is this: the eyes were smiling with truth and asked me this: Why are you staring at me, or am I a beautiful skeleton? What I thought in the heart of my mind is this: Who is this child on whose skull rests fresh guano of a giant lone vulture, which occupies the throne of this dying tree, challenging me to a duel of eyes and stares?

As I locked eyes with this forlorn child, now an artwork of skeleton and skull without hair curls, here under the vast skies of North Horr of dry dust, we all breathe in with each inbound air; the dream receded with deathly light of night.

Sunrays peered over the horizon of hectares upon hectares of dazzling dunes, as the birds of the Mulungula tree, where elders of Kenya meet for chitchat, competed with the despondent ibis that salutes the new sun, not far from the homes you make love in, Kenyans of rainy towns.