Diwali and an iconic town once called 64

May all Kenyans mark Diwali by re-reading our fading national histories, lest we forget them 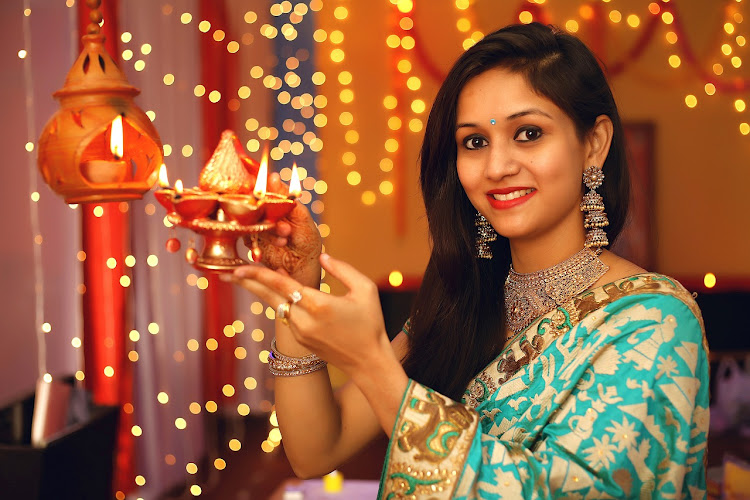 Diwali is on this week.

A Hindu holy day, Kenyans mark the day as a reminder of the multicolour fabric of our nationhood. Kenya draws her citizenry from Africa, Asia and Europe.

Our multiracial heritage becomes public to visitors perusing our calendar. They encounter our holy days drawn from Christianity, Islam and Hinduism. Sadly, no day exists in honour of our African belief systems.

Diwali to me means Eldoret. Here is why.

Eldoret squats on the western edges of the Great Rift Valley in Kenya. Today the town is the home of the 5th President, Dr William Kipchirchir Samoei arap Ruto.

Kipchirchir means one born after a brief labour period. Figuratively, the name means “one who is in a hurry to achieve”. Or simply “an indomitable achiever”. Pundits will agree that Kipchirchir is a moniker that befits our leader.

It is no coincidence that he has had a meteoric rise to the apex of Kenyan politics. Fastness is a familiar leitmotif in his hometown that produces the fastest marathon runners on Earth.

In fact, Eldoret is the headquarters of Uasin Gishu, whose motto is “City of Champions”. World-class runners from Europe, Asia and across Africa convene in this town to train for races of famous cities in the global village.

The town has come a long way since its foundation in the colonial times. Back then it was a small Wabeberu farming centre.

The Highlands School, founded in 1928 and now known as Moi Girls Eldoret, and Hill School founded a decade later, remind one of the colonial past of this iconic town, then called 64 or Farm 64.

The farm was owned by one Willy van Aardt. He was one of more than 100 Afrikaners who emigrated from South Africa to farm the land commercially courtesy of a favourable colonial land policy in 1900s.

Of course, the Nandi of the wider Kalenjin-speaking ethnicity of this region were native to the land. They put up spirited campaigns against white settlement here under another Samoei called Koitalel.

Earlier, in the 19th Century, Nandis had routed Il-Uasin Kishu Maasais, who owned this land, pushing them as far as the Trans Mara region of Narok county. Earlier yet, in the 17th Century, the same land hosted Bukusu Luhyas then known as Babayi beSilikwa, who lost it to the Maasai.

Anyway, in the early 20th Century, it was common practice for colonial towns across the British Empire to carry names from colonial figures.

Out of Willy’s Farm 64 arose Eldoret. And out of fast-growing Eldoret have risen champions of world marathons, such as the Kipchoges as well as another Willy, another Samoei, the fifth leader of post-Independence Kenya.

Out of Eldoret arose something else. My first encounter with Diwali. I spent 10 years of my life in this town between 1985 and 1995.

In those years, the quaint farm town had a robust Asian population with roots in the decades the white farmers moved here. Like the Whites, several left as Independence unfolded.

They owned most of the shops at the centre of the town, especially on the main town street known as Uganda Road. In Nairobi, you call this same road Uhuru Highway, or A109.

Most of the Asians live in the vast estate called West Indies, to the east of the town. We lived next to them together with childhood comrades such as the ace lawyer Eric Gumbo, who ably defended the IEBC recently at the Supreme Court.

Over the decades, Eldoret Asians had established community schools, such as Aga Khan Nursery School, where my youngest sister Anne commenced her education.

What is now known as Uasin Gishu Primary School, bearing the name of the county, started in the colonial times as Government Indians School.

It was exclusive to Indian children. After Independence, Blacks joined it. I did, too, two decades after our Uhuru. It is here that I met many Kenyan Asians and learned about their culture.

I remember Malti Bid, our class leader. Mandeep Kaur, too, who sat behind me at the 1993 KCPE. Their brothers taught us things about Diwali, including how to light up night skies with firecrackers.

We frolicked in colour dusts, playing despite the canes that would meet one at home later from our tired washing mothers.

Years later, in search of my leaving certificate, I walked back to the old school in the old town. I noticed for the first time that it sits on a road called Kago Street. Like the fading memories of this town, Kenyans forget who the man is, or was. Please don’t.

Of the Mau Mau commanders in our liberation struggles against the British Empire, it is General Kago who led the Aberdare Range campaigns. Remember him for leading our forces of light in that dark night of imperialism.

Kago Streets exist across Kenya, even in Thika, where I live. Like Diwali, they remind us that light vanquishes darkness.

Celebrated for millenia, Diwali, or the festival of lights, is marked as that day in the misty and mystical past at the dawn of Time, when light conquered darkness.

May Kenyans remember it as the day on our national calendar when we patriotically commit current leaders to help us fight evil with good, or ignorance with light.

May all Kenyans mark Diwali by re-reading our fading national histories, lest we forget them.