So many hungers, where to go from here?

• Day of Peace was marked on September 16, but hunger persists in various forms 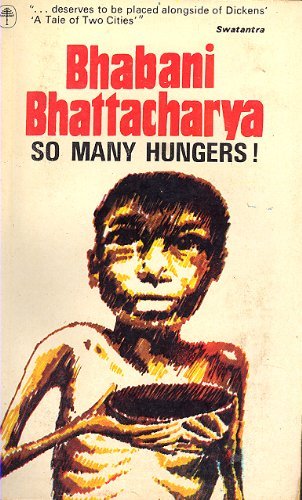 September is the month in which the world sets a day or two aside to celebrate peace. Ringing the bell of peace at the Peace Garden, the UN Secretary-General, Antonio Gutteres, joined thousands around the world in marking the Day of Peace on September 16.

The leader used the special nature of this day to call for an end to racism and violence in our societies. The inequities and inequalities that these two vices breed are limitless. A peaceful world is partly one that exists minus vices of all kinds, including the two.

So Many Hungers (1947) is a famous Indian book by Bhabani Battacharya. It has been read in Kenya over the decades as have many other books from that country. In the book, described are so many manifestations of hunger. This is what sets it up as a classic for all times and spaces.

As the raging drought continues in the lands of the Horn of Africa today, there are those who are dying from the lack of food and water. They are in their thousands. In Kenya alone, more than half the counties are affected by the worsening condition. Most are to the north and east of the capital city of Nairobi.

The hunger and drought have become two leitmotifs of 2022 as the year rushes to a close. The recent remarks at the United Nation General Assembly by the new Kenyan leader President William Ruto are telling.

He urged world leaders to move with speed and do more to alleviate the condition of those in need of food in Eastern Africa. Moreover, he talked of the need for more sustainable measures that will help mitigate the negative effects of climate change.

His argument was simple. As the world talks about the patterns of hunger, famine and drought occasioned by this global danger, others in their millions here in Kenya and across the Global South live these as their everyday realities.

The countries that contribute to the acute increase of climatic changes due to their economic activities should have the plight of these affected millions in their mind as a moral question mark. Worsening weather patterns have not only brought about the hungers of the tummy.

They have led to so many other types of hungers, including: hunger for jobs, hunger for wellness and even hunger for peace. Take the example of two theatres of armed conflict in East Africa.

In Ethiopia, the national government in Addis Ababa is locked in a bloody duel with one of its provinces to the north. The famine occasioned by failing rains in this land war is now being compounded in this country with the famine of the soul.

War plants bullets and skeletons where crops ought to grow. War turns farms into cemeteries. War fills thirsty river beds with rivulets of the blood of the innocent.

In Ethiopia, this is no longer poetry rendered in beautiful diction. It is the reality that resembles the redness of each rising sun and each sunset as the efforts by the AU and the UN to broker peace in Kenya’s northern neighbour come a cropper.

In Somalia, a protracted drought has enveloped the lands controlled by both the government in Mogadishu as well as al Shabaab.

From the old town of Baidoa that gave birth to Somalia’s most famous author Nuruddin Farah, to the sprawling shores of Somalia by the Indian Ocean, the dry cry of the bald vulture competes with sunblasts and sandstorms both whipped into travelling whirlwinds.

The situation is not any different across northern and eastern Kenya. The facets and faces of the current drought dominate national and international news time. Yet no words articulate the dire state of things better than the visual reports reaching millions of viewers across the world.

Recall the recurrent image of that nameless bony child with curly hair falling apart, under an acacia, smiling without the eyes to a camera eyeing, the ravines made by ravaging hunger and thirst, on the slopes of its sunken cheeks.

Like a haunting nightmare, this image from many sites tells of the natural story of many hungers that hollow mankind. In its namelessness, the image names us all as stakeholders to its sorry state of funerary aesthetics. Our minds become the theatre of thoughts structured as rhetorical queries.

How many hungers must happen for us to find the root causes of famine and do something here? How many peaceful national elections do we need to get the correct crop of leaders to bring this cycle of pain to a complete closure?

How many billions must be borrowed with black begging bowls to feed bowels made hollow by the failure of leadership?

Perhaps it will take the recursive reading of all the novels on the theme of hunger from India to elsewhere in this world, which totters on its orbit daily, year in year out. As it revolves around its scorching sun, questing for peace in the gardens of fine cities, or fondling revolvers pointed at kith and kin in the war for peace, this world will continue to be a source of questions.

We all know a folktale showing how people of old would pack their things and leave, whenever famines of diverse types visited. How can we of now do so, too? Where do we go from here? Where to?