Audiences exist that fail to see fantastical writing from that perspective 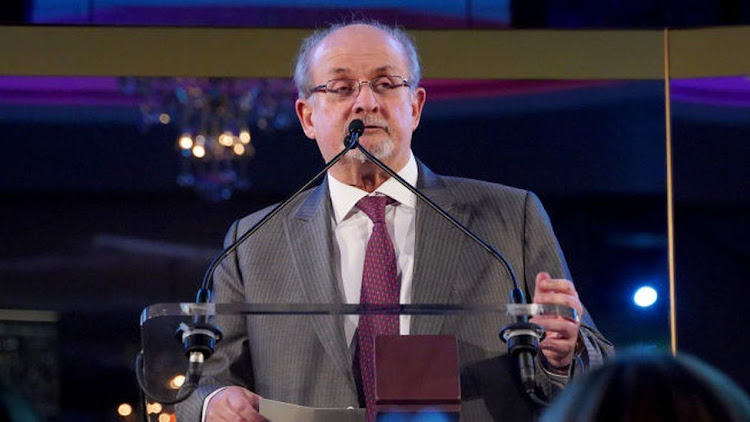 There are writers who use their talents to test things. Some use their power of imagination to create worlds through words of wonder. Such wonder can take the form of realities that are as exotic as the experiences of other worlds or dimensions.

Words can imitate the world that is real and envelop us. Such words in literature create worlds that are realistic in everywhere. The believability index of such literature lies within the bracket of the humanly possible. That which defies the human possibilities is considered unreal or farther from the real.

Take the example of fantasy, for example. Fantasy is the offspring of two spouses: impossibility and improbability. It is the bubble in whose void human imagination goes beyond the horizons of expectations.

Some writers who form realities that are odd and exotic use fantasy as a raw material. Think of it as an exotic resource that entertains, excites and endows a reader with arousals of aesthetics.

The sources of such fantasy are myriad. There are writers who mine such fantastical elements of literary creativity from traditions inherited from their own cultural myths. Others find these elements of fantasy in belief systems they uphold as frameworks of the soul.

There are others who cultivate fantasy from their own faculty of thought. They hypothesise on the nature and function of things that defy the common senses on mankind. They marry the world of imagination and that of the five senses. The end-result is often experiences that boggle the mind somewhat.

There are writers who draw from the supernatural their own intentions of the fantastical. They work with elements that run against the laws of nature. Such elements can lead to plots and characterisation which depend on figuration that is based on magic, for example.

In their bid to categorise such magical frameworks of imagination in the context of fiction writing, for example, authors have ended up being classified by critics. They are thought of being apart from authors who work with reality that is immediate to the senses and faculty of thought.

Such authors whose works of literature invoke fantasy, magic and supernatural elements abound in Latin American nations. Some like the Colombian Gabriel Garcia Marquez went ahead to win the Nobel Prize of Literature in 1982. His famous novels, such as One Hundred Years of Solitude, is representative of this magical realism in world literature.

In Asia, writers such as Salman Rushdie of India have been associated with this way of writing. His famous novel, Midnight’s Children, bears testimony to such fantastical aesthetics and how it can work as a frame of realities that tease senses beyond measure.

Rushdie has made news lately. He was attacked while in the US before he could give a public talk. His is a precarious life that exists with a fatwa upon it. He has been considered for decades as an antagonist to Islam because of elements in his other famous book, called The Satanic Verses.

While he is currently out of danger, the macabre knife attack against him raises major concerns around literature and creative arts. Whereas they operate on the principle of willing suspension of reality as all of art does, audiences exist that fail to see them from that perspective.

Fiction is not fact but can be inspired by fact in the process of being art. The idea of writers being attacked, harmed or even killed for the works of imagination or fantasy they create shows the centrality of the arts in our midst. The attack on Rushdie by a misguided (possibly deranged youth) is one that we should all condemn.

Magic, fantasy, supernatural elements or direct realism are pathways for literary imagination. They form a web with other aesthetic resources to entertain and educate us. They do so in the context of talents of those who live with us as consciences of our age. Such is the manner that I propose we see the artists and their art in the service of mankind and more.

I call for justice for Rushdie and wish him a speedy recovery. I call for the enforcement of the law against the perpetrator of that heinous knife attack. I call to attention the public near and far that read. I invite them to see the mind as a portal from where the real meets the post-realities, which enlighten us through objects of art.

On August 7, Africa lost one of its brilliant writers of novels penned the magical realism way. Biyi Thomas was born in 1967 in Kaduna, northern Nigeria. He was a great film maker, public intellectual and author.

Bandele showed African readers that literature can entertain and educate using wonder and phantasmagoria as aesthetic reserves. Take the brilliance, for example, that he displays in his two works of wonder and marvel, you should find and read: The Man Who Came in From the Back of Beyond (1991) and The Sympathetic Undertaker: and Other Dreams (1991).

These two and other great artworks he produced for over four decades earn him a special place in the hall of fame of global magical realist literature, where belongs recuperating Rushdie of India, Nobel laureate Marquez of Colombia, Kojo Laing of Ghana, Katama Mkangi of Kenya and even Said Mohammed of Zanzibar.

He has faced years of death threats for his 1988 novel The Satanic Verses.
News
5 months ago
Post a comment
WATCH: The latest videos from the Star
by Justus Kizito Siboe Makokha Books/Plays Reviewer
Books
20 August 2022 - 05:00
Read The E-Paper