We are all in the trenches, let us stare at the stars 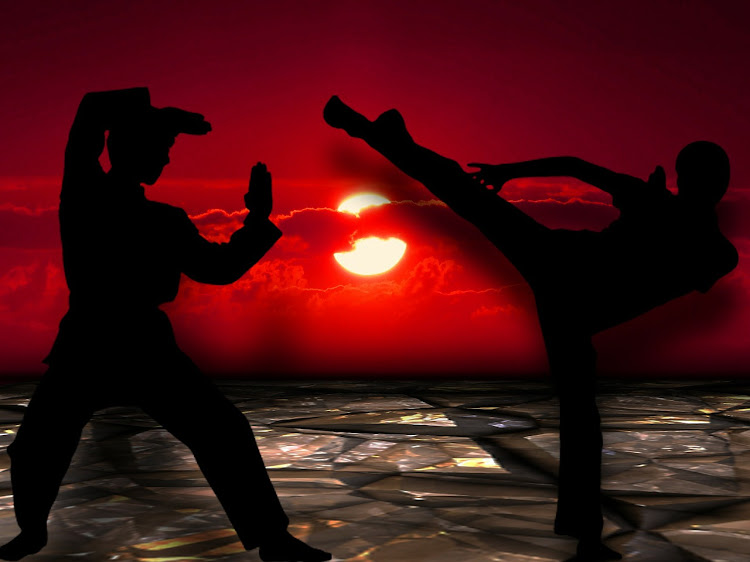 He arranged most of his moments based on them. Of course there were times he defied them in order to be normal. He found great confusion and peace in doing so.

The day Kenya’s first Opposition Vice President Michael Wamalwa died in London, Wangamati did not weep. He did not join the multitudes of western Kenya in the dramatisation of grief.

He always spoke his mind out loud. “No leader is worth the tears of a fish,” was an adage that outlined his philosophy of Kenyan politics.

This is why the day the late Wamalwa’s boss, Mwai Kibaki, died, Wamalwa chose to cheer-cheer Manchester United as it demolished the defences of another English Premier League team.

Each of the three scores he did cheer with a small bucket of chang’aa gin. He was known as "Wamalwa Junior" at the local chang’aa joints here. Wamalwa Kijana while alive was known across the Kenyan political landscape as a talented user of English.

Wangamati was nicknamed Wamalwa Junior because of the efficient English he spewed after the sixth bucket of this alcoholic gruel. This is why that sad evening Kibaki died, you would have met this Kenyan under enormous leaves of a banana plantation had you arrived in Bungoma abruptly.

Here he was, mollycoddling with a bucket of gin made out of sugar jaggery as he sat staring at the image of the idea in his mind.

Yes. Now he sat staring at an idea in his mind, but earlier that noon, he had clashed with mono-eyed Nandoha publicly.

It was a brutal affair. They had derived pain and pleasure from punching knuckles into each other's similar faces. Nandoha, the jailbird and known sodomiser, had the whole makanga squad of Naitiri market cheering him.

He found their voices a source of fury. The louder the din they caused, the heftier the bare knuckle punches he launched on his paternal cousin. Wangamati had none on his side other than one of his habits. Magic.

As the first fistfight of the year unfolded here live, at the bus stage, near the decrepit office of Chief Patulamayo Lumuli, his idle Administration cops yawned. The match was not inspiring to these officers of the law.

Both Wangamati and Nandoha were seasoned street fighters. Their names made men of weaker abilities to flee at the announcement of a public duel with either. They each called the area chief kuuka (grandfather).

So this was a cacophonic civil war of two kin in spite of the blood and ugly cuts the two were drawing on each other. At one point, the cop in a T-shirt of Obama reached for his bullet-less rifle made of wood and rusty iron.

This was when Nandoha cried manfully that his bulgy gonads had been ruptured. Wangamati the albino quickly planted an entire left fist into that crying mouth. He blocked the scream of his cousin with this human club of pain.

The crowd booed. Wangamati did a somersault and landed on the shoulders of bulky Nandoha. He farted. The match was a tie of sorts.

It took the revving engine of the approaching chief on his creaky motorbike to separate the fight. Each soul scampered to safety as the chief came into view around the bend by the Subcounty Hospital road.

His two relatives took off in limping mode into nearby sugarcane plantations but in opposite directions.

That was then. This is now. Wangamati the albino was brooding. He had sworn to defend the honour of his favourite political leader, defiled by the vile mouth of his paternal cousin. He shouted to no one in particular. No leader is worth fishy tears.

He swore to tie Nandoha’s spirit magically with life itself. He will then place both in a bottle made of granite and filled with the opposite of light. All these he would then sink into the bowels of the mighty River Nzoia, where it intersects with the market road.

It is this idea that he stared at as if it was a picture. It sat opposite his brain in the room of his mind now. As the alcoholic gruel eroded the edges of his sobriety, he farted and belched manfully.

He remembered his popular adage. No leader is worth the tears of a fish. He chuckled as he planned to depart. He shifted his weight from his left to right buttock. He eyed the amber sun as it died, spilling blood, on the right shoulder of the distant Mount Elgon.

Those who saw his body the next day say three things. One. It was hanging on a fig tree by River Nzoia. Two. It had tear stains dried but forming the word: POWER. Three. A note was in his dirty jeans little pocket. It said: WE ARE ALL IN THE TRENCHES, LET US STARE AT THE STARS.