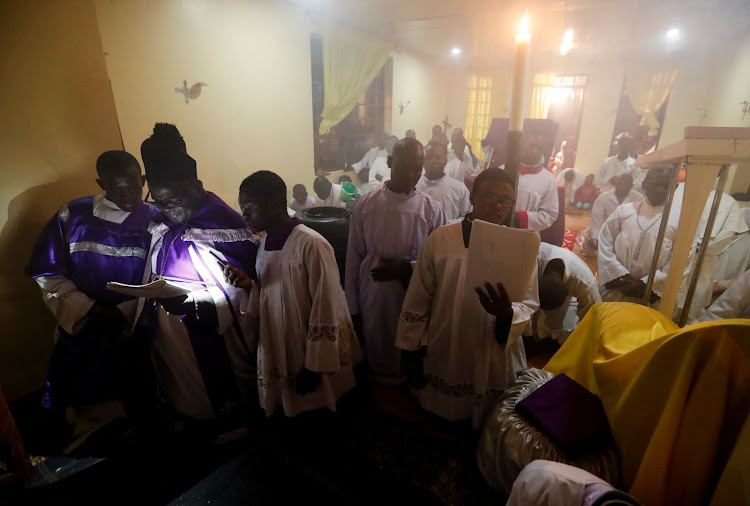 Alphabets of the sunset are quite a number and often mysterious. A citizen in faraway Bungoma county, staring at his sunset years, is one of the legends written in the alphabet of eternity here in Kenya.

Meet Mzee Abenea Masilikani, who worked for years as the cleaner of the local primary school toilets. In fact, one of those years is just last year.

This is one of the famous professionals (who clean public toilets) that Kenyans call Muchura. Masilikani was known also as Muchura for as long as many, including you, can recall.

Imagine it was said, even last Easter, in low tones here, that he took measured volumes of ganja smoke before approaching his delicate job. Away from paid work, enjoying his hard-earned retirement, Masilikani is nowadays a volunteer toilet cleaner in a local parish church made out of red bricks.

This ganja rumour had travelled all over Kenya before he retired. In fact, it is true, I can confirm that many are the stories existing around this second-most famous Kenyan toilet cleaner of all times. Sample but the few here:

In his mid-life, in Bungoma town, Masilikani had a famous mechanic uniform that once blue was and lacked knees. In it, he had made the Bungoma District Hospital toilets worth VIP visits. Occasionally, he did his work with borrowed black mud boots from the watchman Chebukati Ezra, his village-mate. Mostly, it was a naked feet affair.

He loved the feel of filth as it was smothered by his cracked soles. At times it could seethe between his toes. Except for the twinned toes on his left feet, that is. He did his work after the sun set and creatures of the night crawled out to bask in the starlight.

Some say Masilikani had once been a preacher. He was one of the revered long distance bus bishops. He had created fame near and far, from his fire and brimstone sermons that always left passengers cowing with horror and fright.

His haunting face was full of scars that some whisper came from the days he used to be a village bandit in his native, faraway Bungoma. He had escaped mob justice after being left for dead. He dragged his mangled body into a sugarcane thicket and hid there for days as he survived on sugar juice only.

He disappeared from that village of Kauka in Bungoma North. Decades saw him resurface in Kangemi as a born-again tout, who later promoted himself into a bus bishop. It is these scars that he used to use as teaching aids when evangelising fire and brimstone.

He could point at one gruesome scar that looked like a fork above his left eyebrow, for example and say: "People of the world, repent! Learn to be near the Lord. Respect His preachers. I was a passenger in that famous accident of 2007 in Salgaa. That bus that killed 1,000 passengers and only one survived. Here, see him live… Now a servant of the Risen Lord!"

He would pose, butt on bus door, for effect, his eyes peering at the shocked and indifferent travellers in a given bus as he pointed the Bible at that scar.

Then he would continue, "Had I not listened to the mchungachi who boarded that bus and asked us for sataka kitoko vaaye, which I only gave after prayers for our journey, I would have been de.....? Dead also," he stuttered pitifully. He even shed a large tear. Only one. He had practised these lines and theatrics so well and the tear came naturally.

Masilikani would then embark on his own sadaka harvesting after citing gruesome parts of the Good Book. He had done this job for three straight years until he returned to his old thieving ways and pick-pocketed the makanga of a certain bus.

He had survived the second mob justice spectacularly. He had been cornered next to that shallow sewerage hole near the Kangemi bus flyover.

As the rowdy nduthi riders doused him in diesel and struck a match, Masilikani had screamingly cited Jesus name in vain repeatedly. As he burnt he would roll and dump himself into the cesspool. The crowd would harvest him out again and deliver Roman kicks and Jewish blows to this mnafiq.

They would pour more diesel on him and light the fire again. Masilikani would start his hell on earth again. Seeing visions of devils dancing around him as he roasted, then citing Jesus, he would roll and enter the pool of viscous filth again.

This dance between hell and earth continued for like 30 minutes that seemed a century. Was it not gospel music to his ears, the siren of cops arriving as G3 rifle shots rent the air?

That was then. This is now. All these pasts kept playing kaleidoscopic sukuti in his mind these days. He had given his life to Jesus as he was born again in December 2021. Surviving Covid-19 had made him return to religion. Now this Easter marked a milestone since he started volunteering at the parish.

As he swept infant faeces littering the church latrine, during the Easter Mass, he felt important. He whistled a hymn about Easter being a season of new beginnings for all, including you and me.

Masilikani. Muchura. Makanga. Bishop. These names weave a delicate thread around his lessons of Christianity.