Power of proverbs and youth to foster change

• Story of  empowerment through functional art, transformative power of education 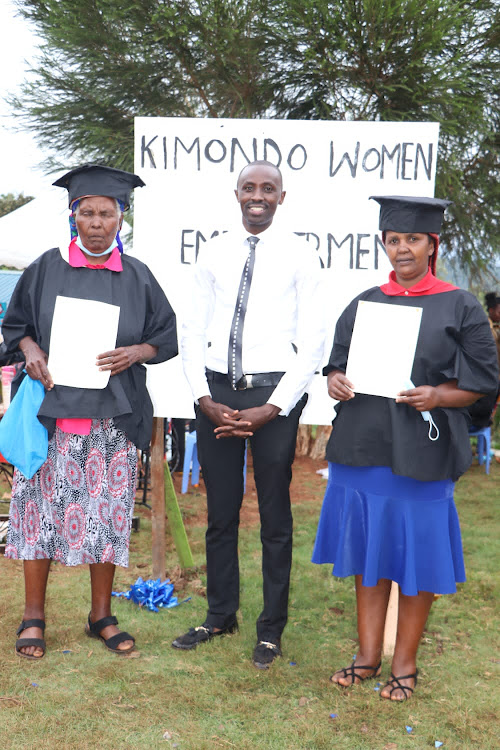 Kenya is a land of proverbs, and one such proverb exists that works like a double-edged sword. It translates into English as: old age eats youth.

The first meaning of this proverb could be that youthfulness finally gives way to old age with the passage of time. A second meaning suggests that what one sows in the years of youth is what one harvests in old age. Those who want to age well should spend their years of youth well.

A case exists to demonstrate the veracity of the two sets of the meaning of this uniquely Kenyan proverb. Let us call it the story of a youth, empowerment through functional art and the transformative power of education.

I once met a postgraduate student at Kenyatta University, where I build the nation. The year was 2014 and he greeted me as a stranger to him who was known to the mentor he stood with. The mentor, Dr EA Nyamasyo, happened to be his supervisor then but had taught me a decade and a half earlier.

Call this student Robert Mwangi, a teacher of English and Literature at Thunguri Secondary School in Nyeri with BEd and MA degrees from Kenyatta University. Young Mwangi is not just passionate about teaching and research.

At age 33, he is the founder of Kimondo Adult Education and Women Empowerment Centre (Kaewec). This is a community education initiative aimed at empowering aged women, mostly widows and single mothers, socially and economically.

He started this initiative in 2017 with the objective of giving back to his community for having educated him up to undergraduate and postgraduate levels of university education. Mwangi felt the higher need to give back to the aged who, when he was younger, believed in him and invested communally in educating him.

So far, the Kaewec programme he runs has trained 145 aged women, and several others are currently undergoing training. These women are being empowered with skills in the art of basketry, culinary arts such as baking, detergent making, sewing as well as the art of beauty and cosmetology.

Mwangi’s vision for the programme is for it to translate into many vocational centres for widows, single mothers and vulnerable women in all villages in Nyeri county. Interestingly, it is the womenfolk who form the bulwark of education in most African rural areas nowadays.

Paradoxically, many are the women across Kenya who mother both male and female offspring, often single-handedly, only to become victims of time as they age, almost always relegated to neglect. Left to their back-breaking work of motherhood even in old age, some do question what a Nigerian book calls The Joys of Motherhood.

It is the exemplary life acts of progressive youths, such as Mwalimu Mwangi, that need amplification. His story should appear more than just an act of charity and benevolence that isolated is. It should inspire all and sundry to revisit how youths can be co-opted in programmes that touch on the welfare of the aged.

Speaking to the Star early this week, Mwangi’s message to the youth in this electioneering year was that it is possible to spearhead social progress by becoming agents of the change they wish to see where they come from.

“Nobody was born a failure. When you are successful in whatever level, remember to give back to the people who sacrificed for you to get to where you are,” he said. In these words, we encounter the consummate manifestation of the proverb. Old age eats youth.

The youth are the aged of tomorrow. Also, they are those on whom the plight of the aged depends in many ways. In 2022, where social welfare programs for the aged and the vulnerable are becoming a major campaign topic in national political campaigns, more broad-based approaches to gerontology are welcome.

Mwalimu Mwangi’s next dream project is to transform the women empowerment centre he founded into an industry focusing on processing banana products. Empowerment of livelihoods for him ought to be based more on skills enhancement and the old adage that says: teach me how to fish rather than donate to me pieces of fish from time to time.

Using the culinary art skills, for example, elderly women graduates at the Kaewec Empowerment Centre are now able to process and bake using banana flour. Bananas are readily available in Nyeri and its environs. The agribusiness market is awash with the crop and hence the need to do value addition.

It is with such new youthful ventures, such as banana flour products, among others, that community leaders, such as Mwangi, seek to boost marketability of the vital crop beyond the local market. It is in this approach that one can see the long-term economic empowerment goal this particular Kenyan youth has for the aged in his community.

The community he hails from has another proverb that can sum up the power of the youth as agents of positive change in Kenya today. It states that: Mwanake ni kienyu kia Ngai. The youth of our society are not always evil and lazy. They are a part of the divine power of God; they are the creative power of any given society.

Dr Makokha teaches Literature and Theatre at Kenyatta University. He is a seasoned youth mentor, too