Micere Mugo feted for lifetime of achievement in literature

She was hailed on London's Royal African Society's 120th Anniversary

• Forced into exile from Kenya in 1982 for her activism, she has won many awards 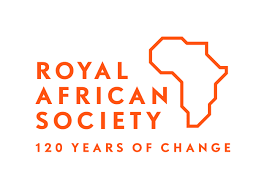 Mugo is a playwright, author, activist, instructor and poet from Kenya. She is a literary critic and a professor of literature in the Department of African American Studies at Syracuse University

The 2021 award was sponsored by Penguin Random House UK.

The Lifetime Achievement in African Literature award, presented by the Royal African Society, honours and pays tribute to those who have made a major contribution to African literature.

The award for the 2021 recipient was presented by Deputy Director of the Royal African Society Desta Haile.

The ceremony took place at the Society’s Annual Lecture hosted at the School of African and Oriental Studies (SOAS).

Forced into exile from Kenya in 1982 for her activism, she taught in Zimbabwe and later at St Lawrence University in the United States.

She later moved to the Department of African American Studies at Syracuse University.

Micere was a founder of the Pan African Community of Central New York and one of the organisation’s first presidents.

She is also the founder and former president of the Syracuse-based United Women of Africa Organisation.

The first Lifetime Achievement in African Literature award was awarded to Margaret Busby, Britain’s youngest and first-ever Black woman publisher, a true force in the industry since the 1960s.

Founded at Africa Writes in 2019, the Lifetime Achievement in African Literature award is awarded to writers, academics, publishers and translators with careers spanning 20 years or more, in recognition of their lifelong achievement within the field of African literature.

Receiving her award, Mugo said: “I am touched by the spirit behind the award, and the urgency of honouring people while they are still alive.”

Penguin Random House UK Social Impact Director Siena Parker, said: “It’s so important to recognise the tireless work of so many people over the years to celebrate and lift up literature from all cultures, including the African diaspora.

"We’re delighted to lend our support to this important lifetime achievement award as part of our broader efforts to ensure that books represent everyone.”

The annual lecture was delivered by UN Deputy Secretary-General Amina J Mohammed on the subject of ‘Africa in a Just Transition – Investing in a Sustainable Recovery.’

Other artists, activists and philanthropists who received awards in recognition of their Lifetime Contribution to Africa included the broadcaster Zeinab Badawi.

Badawi was recognised for her outstanding contribution to Africa as a public broadcaster and as a historian of Africa through her 20-part TV series, as a role model to African women in Britain and as the chair of the Royal African Society for the past seven years.

Former first lady of Mozambique and also South Africa Graça Machel was recognised for her outstanding contribution to African liberation in southern Africa.

The citation mentioned her contribution to peace-building on the continent through the Elders, to education in Africa and the UK (including as immediate past President of SOAS), and as an inspiration to African women everywhere.

Philanthropist Miles Morland received an award for his entrepreneurial example as a long-term investor in Africa, and for ploughing back much of the profit into the encouragement of African culture and literature through his generous support to young African writers and to the Royal African Society.

"Their exemplary contributions have ensured that African voices and perspectives are taken account of in Africa, the UK and globally.”