Art, politics and the spectacles of 2022

Expect more song and dance as politicians appeal to the masses

• Election year promises a lot in terms of political sloganeering 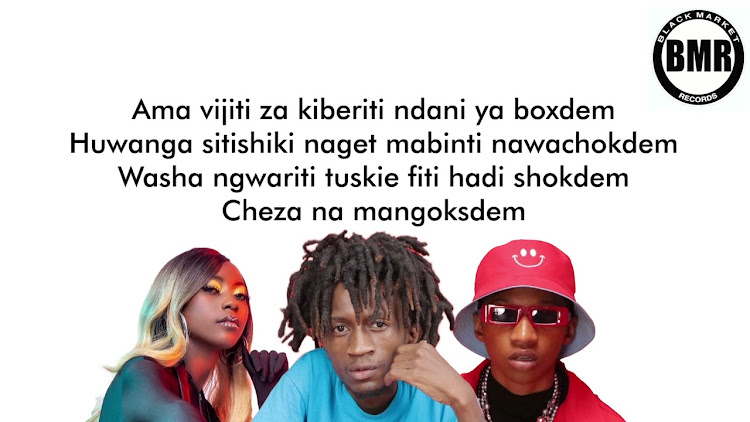 The New Year is here. It sounds beautiful: 2022. What does it practically mean, especially now when the din of the end-year celebration has faded? A meme captured it better than most can imagine. Two aliens in a spaceship trespassed into our solar system.

They could see the crackling fireworks in the black skies of the planet as city after high city and continent after vast continent ushered in the new New Year. An alien who was less travelled than the other asked what the hullaballoo on earth was all about.

The companion, a seasoned and hairless alien, replied wistfully, “They are celebrating the fact that their planet has gone around their sun in a complete circle.” The younger one shook his head in a zigzag way and sighed like a poet, “Isn’t this a confirmation that these earthlings are truly weird!”

Indeed, what goes around comes around, as the old saying goes. We have embarked now on another trip around the sun. It will be completed at such a time next year. What will change? What will remain constant? These are the questions most of us need to prioritise as we draft our 2022 resolutions.

It is an electioneering year here in Kenya. It will be a year full of dramatic action in multiple political theatres. Different actors and players will strive for the limelight. Manoeuvres of all kind will be witnessed as opposing camps plan and execute attempts to outwit each other.

The fables of Africa will come back to life. The gullible and the sly, the witty and the sloth will all show their true colours, not any different from the colourful characters of the animal stories of our folk traditions.

Perhaps those who will appeal to the masses will be those with colour, energy and charisma that match that of the hare. Yet those with the wisdom of the tortoise or the owl will carry the day in more ways than one.

There are many ways in which folk traditions and songs dovetail with the election politics of Kenya. Folklorists have always been eager to point out how aspects of traditional oral literature animate our politics. Riddles and proverbs are used to drive ideological points home on the campaign trails.

Popular songs and dance are veritable mobilisation strategies, and politicians deploy them with abandon. One remembers the Gidi Gidi and Maji Maji duo with their slogan, “I am Unbwoggable”. The song became a clarion call for the watershed elections of 2002. The opposition alliance used it to whip up public support and edge out the independence party from power and government.

Two decades later and we have gone full circle. We are back to a time when a sitting President is about to retire and there is no crystal clear sign who between the leading candidates will take the trophy in August 2022. It is a tight race, as was the case in 2002.

As politicians align themselves into constellations of power, a new song is in the air for the new times. “Sipangwingwi” is the name of the new hit dominating the political airwaves. The popular song is by Exray Taniua, featuring Trio Mio and Ssaru. The trio is riding high with the new music genre called Gengetone.

The song is typical of urban youth culture. It dissents from mainstream ideologies of conformity as it calls on the youth to uphold self-independence. A good song is both the form and the content. The symbolism should not be lost from it, too.

In this song, the chorus calls upon all and sundry to exercise personal choice and refuse the herd mentality that assails people without assertive personalities. It rejects the notion of people determining the destiny of others on the basis of homogeneity. It celebrates the heterogeneity and plurality of choices and advises society to exercise greater control over their visions of now and the future.

Those who are using the song at the level of political sloganeering are doing two things at a go. Firstly, they recognise the vital energy that is the youth. It is this energy that will make and break political careers this year.

Secondly, the users of popular music for political ends in Kenya are aware that we are an orate civilisation. Kenyans are as oral as the bards of their old and long Swahili coast.

Messages of public nature reach home better, for us, when transmitted by the word of mouth. Isn’t this why songs and dance to most Kenyan communities are both art forms as well as artful forms of communication?

As the planet rotates on its axis, day in, day out, on its orbit in this year 2022, the fireworks of the New Year will subside, but the sights and sounds of the Kenyan election year will light up the skies of the calendar, endlessly.

2022 is definitely going to be a Kenyan year, where art and politics merge into spectacles of wonder. Sit back, relax and enjoy – as did the aliens who strayed into our space above.