Narrative energies from malaria in East Africa and beyond 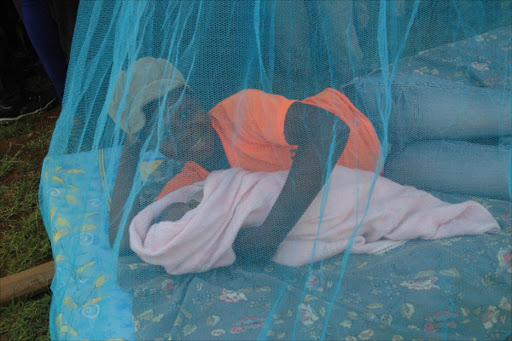 A mother demonstrates how to use a mosquito net
Image: FILE

A month ago, a momentous milestone in the history of medicine happened. The World Health Organisation announced that a vaccine for malaria had been found at last after years of research. Malaria is one of the deadliest diseases in the world since time immemorial.

Last month, speaking to the world, WHO director general Tedros Ghebreyesus, who hails from East Africa (Ethiopia), said, “The long-awaited malaria vaccine for children is a breakthrough for science, child health and malaria control.” Indeed, even with the current Covid 2019 pandemic around, malaria remains the number-one killer here in Africa.

In Kenya, President Uhuru Kenyatta has been consistent in widening the narrative of public awareness on the importance of fighting malaria even as his government tackles the coronavirus. In July, while at the Wellcome Trust Station of the Kenya Medical Research Institute (Kemri) in Kilifi county, he unveiled the first malaria rapid diagnostic kit developed by Kenyan scientists.

Earlier last year, he had been elected the chair of the African Leaders Malaria Alliance. This is a consortium of African leaders interested in the fight against this killer disease in Africa. Uhuru has continued to offer leadership in the region and among the youth on this anathema.

Good is the tidings that the team that participated in the mooting of the vaccine against malaria included a youthful Kenyan researcher among others from Malawi and abroad. This is laudable. Local knowledge and research is key whenever a concerted effort is being made to combat a transnational problem.

Speaking of malaria, one ought to think also of its literary dimensions as well. Did you know that a story exists from Tanzania called The Magic of Saida published in 2013? It is a novel by the prominent Canadian novelist called MG Vassanji.

Vassanji was born in Kenya in 1950 but grew up in Tanzania and has penned many novels based on the Indian diaspora in East Africa and its descendants, some of whom live in North America like himself.

In one instance, the protagonist of this haunting novel experiences hallucinations after a bout of serious malaria upon his return to Tanzania in search of an old love. It is the reverberations and rhapsody caused by this malady that offers plot development as the narrative of this novel unfolds with twists and turns of incredible wonder.

Vassanji lives in Toronto where his wife, an eminent writer also, runs a publishing house called Mawenzi House (www.mawenzihouse.com). Formerly known as TSAR Publications, Mawenzi is named after the highest summit of Mount Kilimanjaro and has been instrumental in showcasing fine African writers and their talent, including the eminent Zimbabwean writer Yvonne Vera.

It is Mawenzi that has produced the first book from East Africa that squarely shows the nexus between malaria and literature. In June, Mawenzi House published a memoir titled: Malaria Memoirs: My Life Journey as a Public Health Doctor in Tanzania. The book’s author, and persona of the memoir, is the world-famous Dr Zul Premji.

Premji is a well-known name as a pathologist and parasitologist in the field of tropical diseases. He lives in Canada like Vassanji and his wife Nurjehan Aziz. Like them, he traces his medical and natal roots to this region, too. He was born in 1954 in Iringa in central Tanzania and obtained his impressive training locally from the Muhimbili University of Health and Allied Sciences in Dar es Salaam.

He advanced his medical education in the United Kingdom with special focus on Tropical Medicine and Medical Parasitology. After his master of science degree in the UK, he finally pursued a PhD in Sweden with a focus on Infectious Diseases. For close to half a century, his impact as a medical authority and academic in these fields has earned accolades from here to elsewhere.

Premji’s stellar career and experience collected over time both in East Africa and beyond crowns the story of his life. It is noteworthy that his modest background in rural Tanzania is juxtaposed with this global recognition and high intellectual achievements.

His memoir is not a simple grass-to-grace tale, as is common in recent life writings from the region. No. Malaria Memoirs is a captivating 181 pages of well-written chronological narratives from birth to retirement that unite with ligaments of valuable medical information to form a dosage of education and information to us readers.

The book is more than a 13-chapter account on human resilience in acquiring knowledge, wealth and health. It is an invitation to the public to behold how the human spirit is the epicentre of healing and cure. Medicine and technology are the pillars of health today, yet minus the will to live and fight for existential survival, the former two can amount to naught – almost.

The book is available from leading book stores in Nairobi and presents an apogee in the recent bout of good news around malaria – a disease that for aeons has been the source of nothing but tears and misery to millions of our people. You can buy it in various formats from www.amazon.com also.