Book is a collection of essays on Union’s life about sexuality, race, bullying, sexual assault trauma 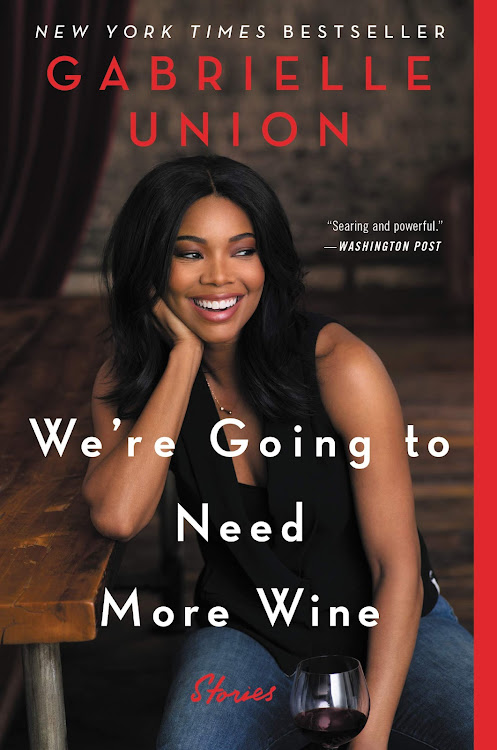 If you have watched Gabrielle Union on screen, you know she has a way of tickling your funny bone and exudes confidence in her role-play.

So when I came across her book, We’re Going to Need More Wine, I wanted to read it just to see if I would find the same humour in it, and not to mention the title was enticing.

The book is a light reading and is a collection of essays on Union’s life. Themes it covers include sexuality, race, bullying, sexual assault trauma, Hollywood and fame, beauty standards, insecurities and her journey to self-discovery, all humorously told but in brutal honesty.

Union begins the essays by talking about her childhood. About being a black family in a predominantly white neighbourhood in Pleasanton, California, where your status in society was dictated by where you lived.

She compares her time in school, where she struggles to fit in as she faces the isolation of being one of the few black students, to her summer holiday visit to her extended family in Nebraska, which was a predominantly black area. Here, she says, she appeared too white to her cousins and friends.

The stark differences in Nebraska and Pleasanton leave her in an identity crisis as she is unable to fit in in either.

She questions her looks as fairer skin was considered a standard for beauty. At some point, she even tries to straighten her hair to fit in with the white students.

Her adolescent years are quite eventful.

Union talks about her struggles to get noticed by boys, crushes, first date, heartbreaks, fights with other girls, puberty setting in, the sex misinformation and first sexual experience, not forgetting her sterling academic performance.

Her candid revelation on teenagers’ myths on pregnancy and her cluelessness on menses is honest and blunt and will leave you in stitches.

A bigger portion of the book, however, focuses on Union’s time in Hollywood, building her career as an actress where racism is rife. She brings out the struggles of black actresses with hair and make-up on set or their capabilities being questioned based on their skin colour, making them miss out on big roles.

Union also delves into her messy first marriage to NFL player Christopher Howard that was characterised by infidelity. She talks about her determination to keep it together just to save face as she was in the limelight, and finally dealing with the divorce.

She later gets married to her current husband Dwayne Wade, then superstar basketball player, and has to deal with the new challenges of being a step-mum, finding the family-work balance as she helps raise the boys. She also candidly brings out her struggle to deal with infertility under the public eye.

Union also talks about her activism on women reproductive health and sexual violence, which came about following her rape ordeal in college.

True to the book’s title, We’re Going to Need More Wine has a casual tone to it, making the reader feel like you are having a conversation with a friend, talking about life challenges.

Union is candid and blunt in her narration of events, even the somewhat taboo ones, most of which any woman can relate with.