• The streets of Thika are full of memories and forgotten histories 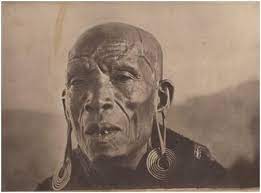 In Thika, Mugo wa Kibiru Road leads you into Section 9 estate. It is the traditional dwelling of the local Asian community for decades. In 2018, working with development partners, the county government of Kiambu elevated it to the impressive tarmac state. It was a murram affair for aeons, but now boda bodas smile on it, cruising like breezes.

Mugo, also known in some oral traditions as Chege, is one of the famous soothsayers the Agikuyu never forgot. He got his name Mugo from Ugo, a cult of medicine and spirituality that housed prophets also for centuries around Mount Kenya.

A mundu mugo was the equivalent of the old druids of France. Think of them the way you view the medicine men of Afrosinema or the sangomas of South Africa.

The onset of Christianity and the alienating British colonial administration policies ensured these local druids went extinct. Yet one memory that lives on and on from this defunct druid institution of Central Kenya is the name of Mugo wa Kibiru.

The writer Ngugi wa Thiong’o, in The River Between, sips heavily from Gikuyu folklore. He cites a prophecy from it that foretold the coming of the Europeans. The prophecy, often traced to Mugo, foretold of destructive aliens who were to be accosted with mental tact rather than military might. This prophecy later appears as a leitmotif in Ngugi’s clarion calls for mental decolonisation.

The prophecy became prominent during the State of Emergency as the Mau Mau War reached its apex. Many books exist that document the use of Gikuyu myth and rituals in military mobilisation of the Kenya Land and Freedom Army.

The identification of colonial Europeans as the nemesis mentioned in the Kibiru prophecy legitimated them as war targets to be eliminated for the land to regain its purity and freedom.

Resistance became an ethical and ethnic duty enforced by oaths and unspeakable rituals around the symbolic Mount Kenya and sacred fig trees (mugumos), whose groves formed the locations of spiritual ammunition for the Mau Mau.

The weight of the prophecy explains why the name of Mugo wa Kibiru was given to this road in Thika near where he was born and lived.

His name on this main street in a leafy suburb of Thika is an emblem of the great sacrifices made in the name of liberty, freedom and equality in Kenya by earlier generations.

Imagine I walk this road each day as a resident of Thika and daily I hear the neat roadside Jacaranda trees in full purple blossom whisper these histories to me. They guard them like sentinels of sorts.

At the end of Mugo wa Kibiru Road, a visitor will hit a T junction. Now, if you stand there with your back to the town, you shall see the popular shop of the estate. It belongs to one illustrious dukawallah, Mwaura.

If you don’t know Kwa Mwaura, you are an alien in these parts. Come to think of it, doesn’t each town of Kenya have a local landmark shop in each estate by which the locals live and love their locality?

To the left of where you will be standing, staring at Mwaura’s industrious hustle, you will see the old and popular St David’s Primary and High School. Many prominent people are alumni of this school.

To the right side of the T junction, there is an estate park. It is the official green area of this serene estate ensconced between the Thika CBD and the genesis of the Thika Superhighway.

Did you know the superhighway does start from Section 9 in Thika and heads southwards towards Nairobi? And that a popular matatu shuttle line operating from Thika, servicing Nairobi and Mombasa, is called Genesis?

Where the Thika Superhighway starts, right behind Section 9, is where the historic plaque unveiled to mark the launch of this magnificent landmark highway is. Many a slay queens and boy child take photoshoots in the garden around this plaque weekend in, weekend out.

The marble monument was unveiled by our third president just before the end of his golden decade of great leadership in which Kenya arose from the ashes of Kanu rule like the proverbial phoenix.

He planted it to replace an older one that had stood there since the age of Mugo Kibiru. This is why this park is known as Mugumo Garden.

Kenyatta 1 acknowledged history and myth as in his politics and academics. His book Facing Mount Kenya (1938) testifies to this fact.

The mugumo he planted, which still stands erect here in Section 9, at the T junction of the Mugo wa Kibiru Road, was to him a symbol of the end of the colonial rule in Kenya.

Today, as I take my usual night jog through this park and along the Mugo Kibiru Road, the estate kids are marking a festival from Great Britain here. They call it the night of firecrackers. It is also called Guy Fawkes Night. It will be celebrated here next to the old sacred tree. Isn’t it November 5th?