Context of Nobel laureate Gurnah as an East African maestro

Is the 73-year-old UK citizen a British or an African writer?

• The adopted foreign identities of Coetzee, Gurnah and Camus should not matter

• Rather, it’s how their pasts inspired them to comment on universal experiences 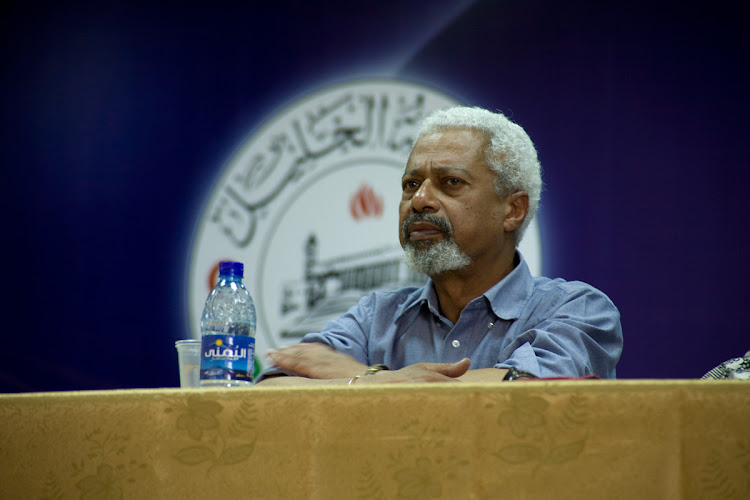 Last week, Abdulrazak Gurnah became the sixth writer with roots in Africa to be awarded the Nobel Prize for Literature. Now he has joined the likes of Wole Soyinka of Nigeria (1986), Naguib Mahfouz of Misri (1988), Nadine Gordimer, the only female African laureate yet, of South Africa (1991) and her compatriot JM Coetzee (2003).

In 1957, the literary Nobel Prize was awarded to the existentialist novelist Albert Camus, who was born in colonial Algeria. Seldom is Camus counted on the list of African literary Nobel laureates. This is why since last week, journalists have been counting Gurnah as the fifth African after Coetzee to win the prize.

Whether to identify an author as African on the basis of his land of birth or land of citizenship when the two are different opens a can of worms. Take the case of Camus, but better still the case of Gurnah.

Gurnah has been a citizen of the United Kingdom for ages, having left Tanzania in 1966 aged 18 as an asylum-seeker in the aftermath of the violent Zanzibar Revolution of 1964. Yet, his literary oeuvre revolved around or sprung out of his tiny famous island nation of Zanzibar. So is the 73-year-old laureate a British or an African writer?

Let us go further and take the case of his predecessor Coetzee. He won the Nobel in 2003 as a South African citizen but three years later, emigrated to Australia and became its citizen. Does his status as an African winner of the Nobel change with the change in his citizenship? Pundits still count him as an African laureate despite his departure.

This is why to me, the Australianness of Coetzee, the Britishness of Gurnah and the Frenchness of Camus should not matter. What should matter to their readers is the beauty with which they have used language and inspiration from their primary cultures and experiences here in Africa to comment on the universal experiences of all of mankind.

Their literary visions between their homeland cultures and their locations of dislocation total up to empower them with unique perspectives to our humanity as their various great works reveal.

To understand the sheer genius of Coetzee well minus contextualising his literature in apartheid and post-apartheid South Africa is an exercise in futility. To read the 10 scintillating novels of Abdulrazak Gurnah as if Zanzibar does not exist in his mind and heart is to be naïve.

His exilic narratives are rooted deeply in the famous Swahili cultures of his Zanzibar. Where bards and troubadours have yarned amphibious tales spiced by Islam and the Orient for most centuries of the second millennium. Where he grew up with a language he still dreams in. Where his navel is buried, is where his literary identity rests.

Gurnah is doubtlessly a gifted East African storyteller who, through his adopted English language and domicile, bears and rears the muses of his Swahili civilisation and art. The titles of his novels are a giveaway of how his creative mind distills life through Swahili philosophy before painting it to the world in English words.

Take the title of his ninth novel, Gravelheart (2017). The Swahili word for gravel is Kokoto and the word for heart is Moyo. To us Swahili speakers, the famous Pharaoh who refused Prophet Moses the permission to depart with the Jews in the Bible for the promised land, can be classified as one with a heart of stone or gravel. Ana moyo wa kokoto. Pharaoh is depicted as a hard-hearted person, or one with gravel in his heart.

This is the figurative way with which Swahili as a famed poetic language constantly amazes all and sundry with its sheer metaphoricity and splendor of imagery. Each book you will read by Abdulrazak Gurnah vindicates his identity as a Mswahili or a child of our age-old Swahili civilisation and rich literary heritage as East Africans.

He has done well to win the prize for our region – the only region in Africa till him that had never bagged the literature Nobel!

The language of his famous themes, such as exile, dislocation, nostalgia, amnesia and alienation, is English, but the muse is undeniably Kiswahili. From his first to his tenth novels, available now in bookstores across Nairobi, we encounter a consummate storyteller and teacher of the familiar Swahili cast and mould.

It is not just the setting of most of his work at the East African coast from Unguja to Mombasa and other Swahili enclaves that makes him ours and a son of the soil. It is his universal aesthetics writ in words that were re-summed neatly by the statement issued by the awarding committee of the Nobel recently.