The ironies and hidden stories of Kenyatta Avenue 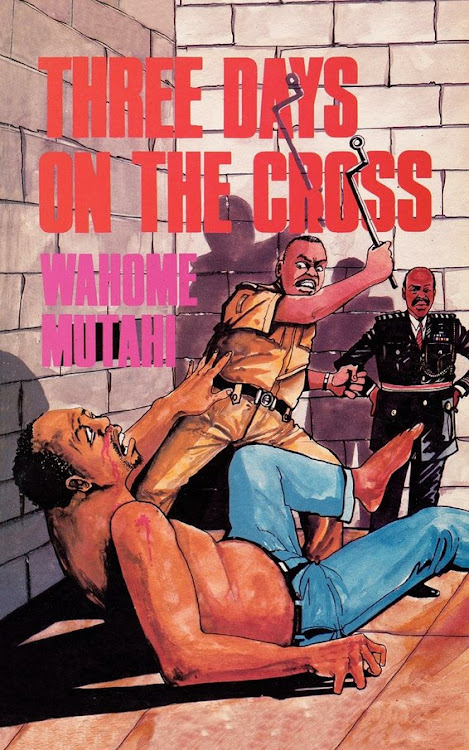 Last week, we talked about the symbolism of the urban streets of Kenya and their names. We saw how River Road and Haile Selassie Avenue are more than mere capital city routes of goods, transport and humans. The two among many are lively arenas for the performance of our rich cultural identities.

To know more about names and their origins with a view to understanding places better is what some call onomastics. This is the term used to mean the study of words used as names of places, among other things.

It is onomastics, for instance, when you are keen to unearth the ironical history and hidden significance of Kenyatta Avenue.

How many of Nairobi’s growing youthful millions remember that this major artery in the heart of Nairobi was first known as the Sixth Avenue 100 years ago in 1921? Of course, it would later be named Delamere Avenue after 1931.

This is the year Baron Delamere, a powerful voice and symbol of the British settlers in colonial Kenya, died. Yoghurt named after him originating from a vast farm run by his descendants is enjoyed by millions of Kenyans who head to western Kenya for Christmas, such as me.

My dad, approaching his 80s, says there used to be a bronze statue of the man in Nairobi CBD. It sat on a massive stone throne. He whispered to me that it inspired the one of our founding father in like pose that graces the grounds of the KICC.

Kenyans uprooted Delamere's statue as we embarked on the path of Africanisation and decolonisation. Long before South Africans started uprooting statues of Cecil Rhodes, or the Belgians those of old King Leopold II, Kenyans were at it already.

We accept without deep knowledge that Kenyatta Avenue, formerly Delamere Avenue, formerly Sixth Avenue, is one of the venerated roads of Nairobi CBD. Perhaps this is why the NMS and General Badi have invested a lot to beautify it and reclaim its grace of yore in recent months.

But this amazing avenue hides not just colonial stories but postcolonial ones, too. Listen.

Were you to turn into a bird, such as the storks of Nairobi, you would see that Kenyatta Avenue’s start and end are a hot tale. The avenue starts from Moi Avenue, or back still, from Tom Mboya Street.

Historians whisper that save for his assassination on the street named after him, Mboya would have become the President in Kenya after Kenyatta. He didn’t; he died.

Believe it or not, his popular statue, now being rehabilitated also, stands near the Kenya National Archives on a popular square of a busy avenue named after the man who did become President after Kenyatta: Moi.

Back to Kenyatta Avenue. So it starts at Moi Avenue. Where does it end? Your flying guess is correct. It ends on Uhuru Highway! Is this true?

Close your eyes and see it all. Isn’t Kenyatta Avenue what links Moi Avenue to Uhuru Highway? Interestingly, the three major avenues symbolically name and link three Presidents of Kenya just like that! The three presidential street names may be as innocent as a coincidence.

But one thing is for sure. Reading their hidden narratives deeply reveals just how the personalities behind these names articulate our postcolonial cultures.

A symbolic and memorial salute to the author of Facing Mount Kenya, an important postcolonial book, Kenyatta Avenue is the street that ironically houses one of the terrible symbols of the Kanu era he started. Remember Nyayo House of the last century?

Is it not in the underground torture chambers of this tall and imposing building just after the General Post Office, on Kenyatta Avenue, where writers clamouring for the return to multipartyism in Kenya under the one-party rule of Kanu under Moi, suffered?

Here, one recalls and must never ever forget the late Wahome Mutahi and the late Katama Mkangi. The two famous writers, using English and Kiswahili respectively, suffered illegal detention and suffering as political prisoners in the late 1980s.

Their harrowing experiences gave rise to part of our postcolonial prison literature genre. The action-packed fiction Three Days on the Cross (1991) by Mutahi captures this grotesque chapter of our national history, especially for our new youths keen to know more about the making of our modern society.

From the symbolism of Kenyan streets, and their names of national importance, to walking downtown in Nairobi, yours ought not be a simple safari but explorations of the past.

Each time you walk around our towns, think about the names of these streets we hustle in day in, day out, and what tales they can tell.

Start with this. Find out who was WEB Du Bois. Find out what he stood for in his life as one of the pan Africanists whose ideals inspired Jomo Kenyatta to defend black cultures in his book Facing Mount Kenya.

Just discover for yourself the great irony of why a busy street named here in Nairobi after Du Bois, a symbol of Uhuru (independence), is today the headquarters of black skin-lightening cosmetics! Is it a coincidence that he died in 1963, just as our nation emerged?

Clients are forced to pay for things they do not need or substandard items
Sasa
1 year ago
Streets as locations of culture and the future
by Justus Kizito Siboe Makokha Books/Plays Reviewer
Books
09 October 2021 - 08:50