Who owns the copyright to Binyavanga’s literary works? 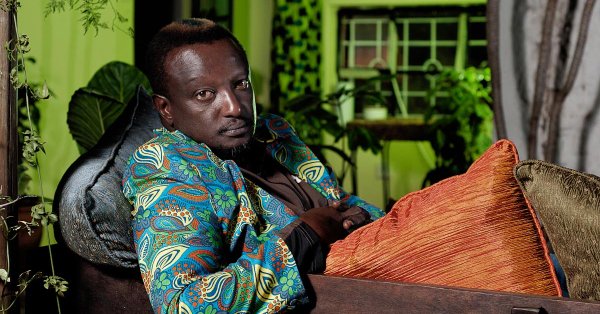 In Kenya we say, “Kuuliza sio ujinga.” And the question today is, who owns the copyright to all of the late author Binyavanga Wainaina’s writing, and to what extent?

Binyavanga was a gay Kenyan author whose literary works, including, books, short stories and essays, are acclaimed and continue to have a monumental impact on the world. His work has a lot of intellectual value and, with time, will be worth a lot of money.

In his trademark generosity, Binyavanga chose not to shine alone. He gave Kenyan writers and authors of his generation access to great publishing opportunities that came with exposure for their work in Kenya, Africa and globally. For this reason, it is important to ensure his legacy is not lost. He is a national treasure.

After his death in May 2019, not much has been said about his work, and so we all moved on with the memory of a man who was not ashamed of who he was, his values and what mattered to him. We have not forgotten what he did for or to us. The joy or anger, whatever he may have elicited, he was unapologetic about it, and in many ways, he is still alive because he trusted his instincts and never looked back.

Recently an event was held to celebrate his work. The virtual gathering became a “makumbusho” where, among other things, his posthumously published story ‘Binguni’ was discussed. There was also mention of an upcoming collection of his short stories.

The idea of archiving his emails at a university also came up briefly. For most, that would be a great way of experiencing more of Binyavanga. To have access to this man’s private conversations with the literary world and maybe even the people he chose to trust with his life and work.

It would be particularly wonderful to have them publicly accessible at a university. However, which university would do the archiving? Is it Kenyatta University or Nairobi University? Or even a university in Uganda? That would make sense. To immortalise him in Kenya or Uganda.

But what if the great idea was to have his emails and all his work in general archived at a western university? Out of reach. What would that mean for Kenya’s literary heritage? How would we navigate the dynamics of having that intellectual property preserved and documented in foreign academia?

It would be easy to answer these questions if we knew who owns the copyright to his work. Both the economic rights and moral rights he had in his writing.

If all the rights are now transferred to his family, then that is good. If the rights are with a publishing house or a literary agency, it would be great to know whether they have exclusive or non-exclusive rights.

And where there were agreements or contracts signed, were they clear on who owns the subsidiary rights to his work? Who has the adaptation rights, the reproduction rights, the distribution rights, and the performance or display rights of the various works? Did the contracts or agreements have succession clauses or stipulate to whom all his rights would be transferred? Where is the money going now that Binyavanga is gone?

On the aspect of moral rights in copyright, these are non-transferable and subsist while an author is alive and for 50 years after the author’s death. Moral rights ensure that an author’s work will not be manipulated or distorted in a way that would harm his honour, integrity, intention and reputation.

Being that Binyavanga was gay, there is a danger that now that he is dead some people may feel he has no reputation to protect and his work can be subjected to any manner of dissection and interpretation, including homophobic interference. Or it could altogether be curated or reproduced in a politically correct manner that strips it of his sexual orientation, his identity, agency and intentions. And this is where we risk failing Binyavanga monumentally if we do not seek transparency.

His moral rights will ensure that, as a bare minimum within half a century, what Binyavanga wanted and intended for his work, including his private correspondence, is respected and remains intact.

Binyavanga’s moral rights will preserve the integrity of his body of work and protect it from policing, appropriation, sanitisation or erasure. In his absence, he still has the right to determine who should be associated with his life’s work, where, when and how.

Most African authors and talents in general are not entirely keen on the legal aspects of their work. Creating is a beautiful experience and sometimes having to deal with lawyers and reading through contracts can take the joy and high out of it.

Nevertheless, if the story of Zimbabwean novelist Dambudzo Marechera has taught us anything, it’s that there is value in Africa’s art, be it literary, musical or visual. It is for this reason that where we don’t have answers or understanding, we should ask. Any gain or progress can only come from seeking answers early enough.

It’s also important to note that asking is not accusing. It is just that: asking. If anybody knows, tafadhali tuchapie.