Tension fills the pages of 'Havoc of choice'

• South African writer Yewande Omotoso describes The Havoc of Choice as “an intricate story of corruption, betrayal, love, and loss. Tension-filled and moving". 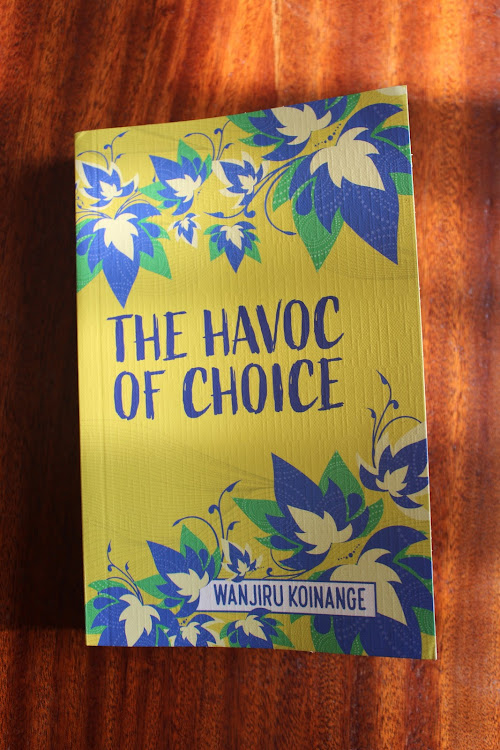 Kenya’s new entrant to the publishing industry Bunk Books promises readers a treat, if their first serving is anything to go by.

An arm of Book Bunk Trust - well known for their work rehabilitating the Macmillan libraries - Bunk Books plans to publish stories in digital and print for children and adults.

The brainchild of Angela Wachuka and Wanjiru Koinange seeks to interrogate questions of how has Africa been depicted and experienced for children, young people and adults in the works they put out.

In it, the protagonist Kavata comes undone when her husband decides to run for elective office. She flees, afraid of experiencing again the life of fear and political machination that was her childhood. Family bonds are strong and she realises in the wake of post-poll chaos that they are stronger together. They must find each other in the turmoil that follows the electoral dispute.

South African writer Yewande Omotoso describes the Havoc of Choice as “an intricate story of corruption, betrayal, love and loss. Tension-filled and moving".

The book is available at all leading bookstores.

Sasa shares below an excerpt from the Havoc of Choice.

Kavata often tried to explain the complexities of growing up with a father like hers, but each time she only succeeded at sounding like an ungrateful brat. The Honourable Mutinda Muli was quite the politician in his day; the quintessential man of the people. Charming, generous and outrageously corrupt.

Kavata suspected most, if not all, of his wealth was acquired from fleecing Kenyans faster than they could say serikali. For instance, the house she and her family lived in, a wedding gift from her father, was likely purchased with hard-earned tax-payers’ shillings.

He spent his life paranoid someone wanted his blood. He was always ready to flee. He refused to open a bank account, or to carry a cell phone, or set up an email address. The phrase, the guilty run when no one is chasing, must have been inspired by Hon. Muli. His constituents loved him and those who didn’t, respected him.

He was the longest-serving Member of Parliament for Machakos constituency, a feat he took great pride in. His tenure in office turned him into a master crook—a corruption connoisseur. Coming to terms with the fact her father was a dishonest man was somewhat of a journey for Kavata.

As a  little girl, she knew it was wrong for him to send her to tell his visitors he was out while he was sat in his study, in his robe and slippers, reading the newspaper after his mandatory mid-morning nap.

Too ashamed to play outside under the glare of her father’s patient audience, Kavata would often stay indoors, daydreaming and counting the minutes until her father went to work. She would then put on her sandaks and run out to squeeze as much as she could out of the last few hours of the afternoon.

Sometimes she would catch her father’s guests’ faces as he was speeding off in his chauffeur-driven car, without a glance in their direction. She wondered how he had the heart to do it. On some days, she would only get to go outdoors for a couple of minutes before the national anthem played on the kitchen radio, telling her it was time for her evening bath.

In primary school, her classmates would often reiterate the things they would sometimes hear their parents say about Hon. Muli: that he was deceptive and unjust, that his generosity was steeped in greed, and he stood for everything wrong with Moi’s government. She didn’t understand these words at the time, but they still stung.

When Kavata was twelve years old, Hon. Muli orchestrated an elaborate scheme to redirect public resources intended to dig four hundred wells all over Machakos, one of the more arid areas south-east of Nairobi.

Wells were indeed dug, twenty-five of them, scattered across the town. Then he selected a group of young community leaders and mobilisers and paid them well to organise events to open up the water sources and declare Machakos an oasis. He ensured the local newspapers printed photographs of women and children fetching water from the new taps and serving it to him to taste. They smiled for the cameras while pretending not to see the bottled mineral water he was actually drinking from.

He ‘encouraged’ journalists to write articles about how much development he brought to Machakos, complete with statistics on how the region would gain economically from its new source of water. As a final precaution, he paid a surveyor to fabricate a detailed document claiming it was only those locations in the whole constituency that had water underground. This report recommended additional water be channelled from Nairobi so every house in his ancestral homeland had running water. To achieve this, more money would be needed.

Finally, to expel any doubt, Hon. Muli commissioned a second analysis, which said the same thing and syphoned the remaining millions into bank accounts in Seychelles and Liberia.

In the mid 80’s an investigation into the misuse of public funds began and Muli was implicated. So, he began to spread propaganda that the opposition was after his people’s wells, and soon demonstrations started as people showed up to defend him. Only he could stop the unrest.

He held an assembly and addressed his constituents, asking them to remain peaceful and promising them he would do everything in his power to protect their precious wells.

Years later, Hon. Muli was accused of mismanaging money earmarked for repairing the roads, but this time he was prepared. When he sensed trouble coming, he renovated all the schools in the small town, repairing broken desks, replacing cracked windows and repainting the walls.

He provided the latest textbooks and materials needed and paid bonuses of ten thousand shillings to be distributed to every teacher in the constituency. He organised a luncheon for them and they slaughtered so many animals for the event, for weeks after people still had smuggled meat in their homes. The teachers felt important and valued.

At the event, Hon. Muli used words like ‘pillars’ and ‘cornerstone’ to describe the teachers. But later that evening, Kavata overheard him describe the head-teachers’ event as a gathering of empty debes.

For months after the luncheon, everyone sang Hon. Muli’s praises. So when the interrogation into the road fund began, they gladly defended their minister as he obtained large tracts of land and properties with his new bounty. The penny dropped for Kavata when she was in university. She was home for the weekend, paging through the photo albums filled with press clippings her father would insist be brought out every time they hosted parties.

‘Hayuko. Can I take a message?’

‘No, I will keep calling until you give him the phone.’ The disgruntled caller hung up, but phoned again so consistently for the next six hours, Kavata eventually just stopped picking up the phone. He called again a few minutes after her parents walked in from their day trip to Kitui.

Post a comment
WATCH: The latest videos from the Star
by STAR REPORTER The Star
Books
22 August 2020 - 05:00
Read The E-Paper