• The biggest strength of this book, as renown journalist Hillary Nng'weno notes in his foreword, is Fitz de Souza's memory.

• Unfortunately, de Souza doesn’t do much justice to analyzing major ideological dilemmas that have plagued Kenya 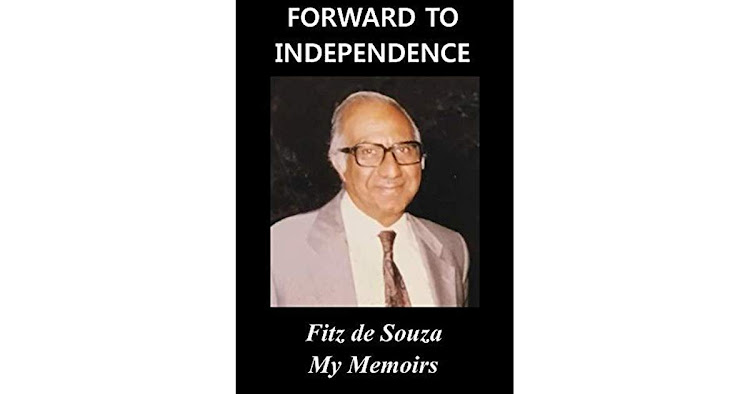 Cover of Forward to Independence

Forward to Independence is a beautifully written memoir by Fitz de Souza, who is a Kenyan nationalist of Goan extraction and was involved in fighting for independence from British Colonial rule as well as other leadership roles after independence such as being a Deputy Speaker in Kenya’s first Parliament.

Fitz de Souza grew up partly in Goa, Zanzibar and Kenya in Magadi, in an uneventful childhood with loving parents and siblings.

His intelligence, wit and ability to remember things that happened decades ago stand out in this book, as he recounts how he grew up valuing books and education, and his journey from being a young lawyer to a nationalist who was passionate and focused on defending the rights of the downtrodden before and even after independence.

The biggest strength of this book, as renown journalist Hillary Nng'weno notes in his foreword, is Fitz de Souza's memory.

Events that took place decades ago are recounted like they took place last week, some huge consequential nation-changing events such as the trial of the Kapenguria Six, others funny anecdotes of how he found himself without fare or encounters with love interests.

Unfortunately, de Souza doesn’t do much justice to analyzing major ideological dilemmas that have plagued Kenya such as the Mau Mau (he calls them barbarians), the political assassinations that have dogged us from Pio Gama Pinto to Robert Oouko and the legacy of the first president who is seen in the memoirs grabbing land and property for himself and his friends.

"Forward to Independence" is a really good read, and it takes about the understated impact the Asians community has had to play on the nation-building project, through notable individuals such as Gama Pinto, himself, Mekhan Singh and others, as well as collectively as they built the lunatic express railway from Mombasa to Kisumu, sacrificing their lives, blood and sweat to complete this project.

I was left with a huge appreciation of the sacrifices that nationalists such as de Souza and Pio Gama Pinto and Mboya and others did to fight for independence from British colonial rule, and the position of Asians in the country after independence, as well as reasons as to why many Indian Kenyans have emigrated to Britain after independence, and why many choose to keep a low profile politically at least.

I would recommend it to anyone who wishes to understand the role Indians and Goans in Kenya history, as well as a fresh perspective on how Kenya got to where it is today, especially politically.