The Dragonfly Sea: Story of a voyage, identity, and the interwoven history of different cultures

- Yvonne’s book is a call to remember and to imagine.

- Author praised for her grasp of Swahili culture and Islamic ideologies without bias.

On March 1, 2019, Yvonne Adhiambo Owour launched her second book, The Dragonfly Sea. The launch was at Prestige bookshop on Mama Ngina street with an open audience and a mini-panel discussion.

Oyunga Pala began the evening by bringing all the guests together. With his deep vibrato, it was not hard to garner the attention of everyone who was in the audience.

An introduction was swiftly made and Abubakar Zein started us off with a beautifully prepared speech in honour of the book he stated to be, “a journey of liberation.” Abubakar’s booming voice carried into the walls of the bookshop as he spoke of our history and collective memory.

“The narratives we have been fed…” he said, “robbed us of our memory and thus our imagination…” He reminded us that that is why this book, The Dragonfly Sea is so important. 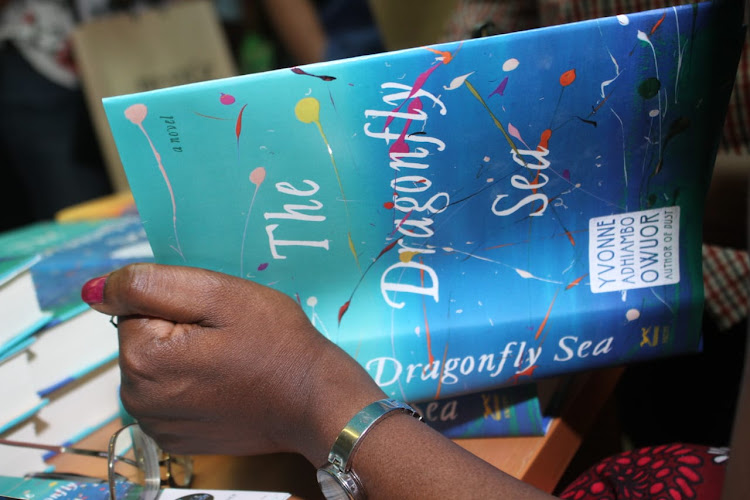 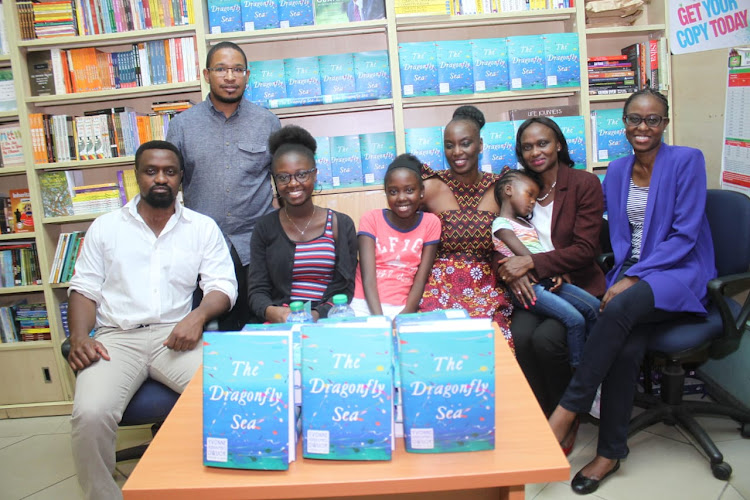 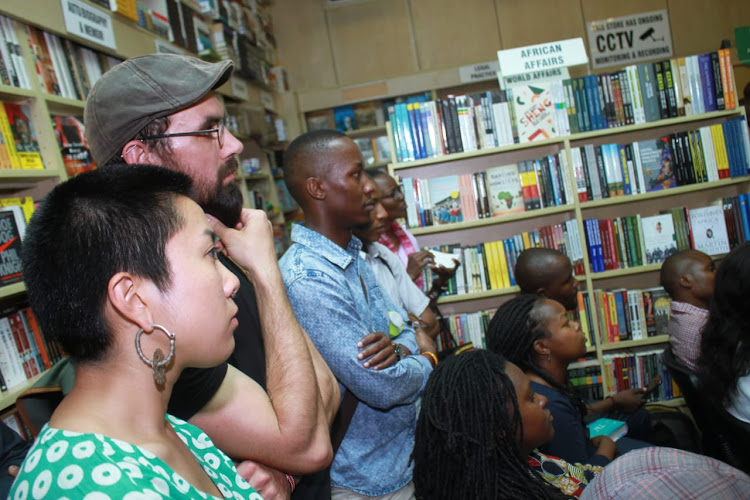 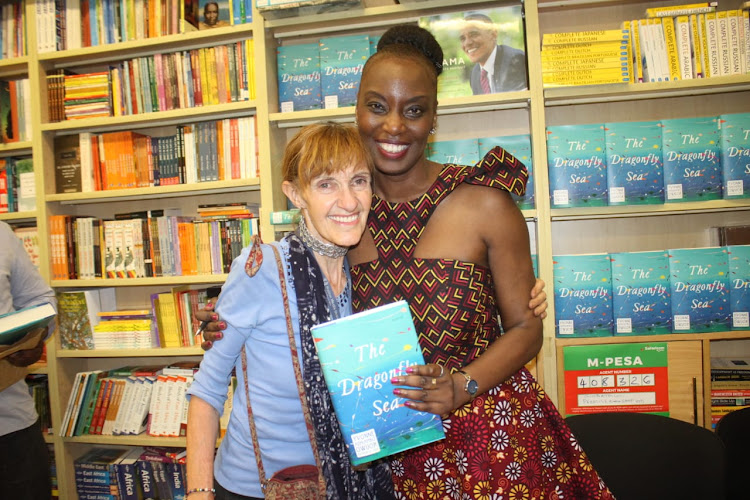 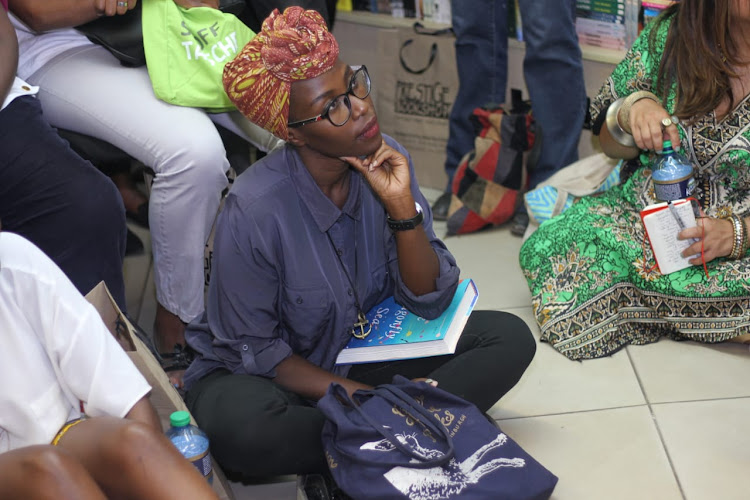 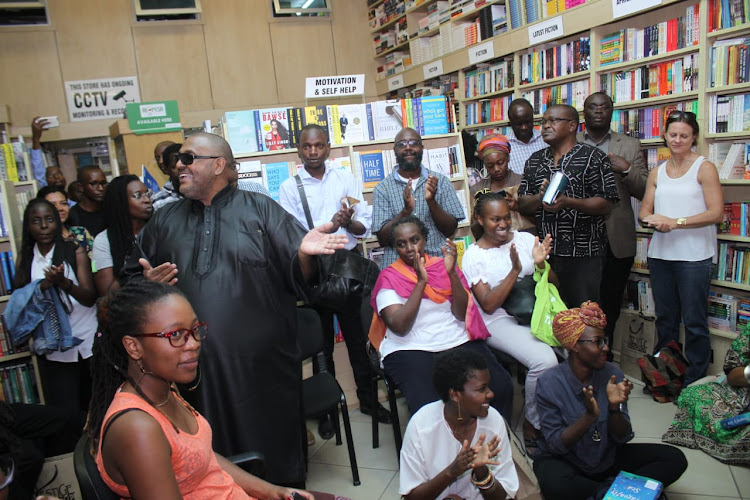 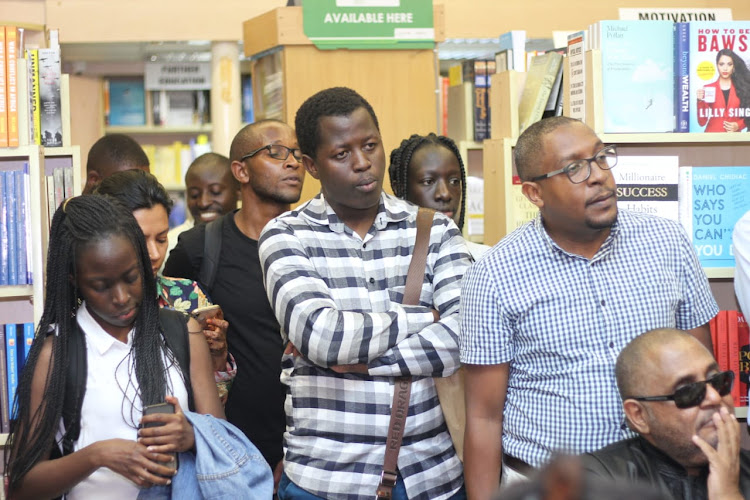 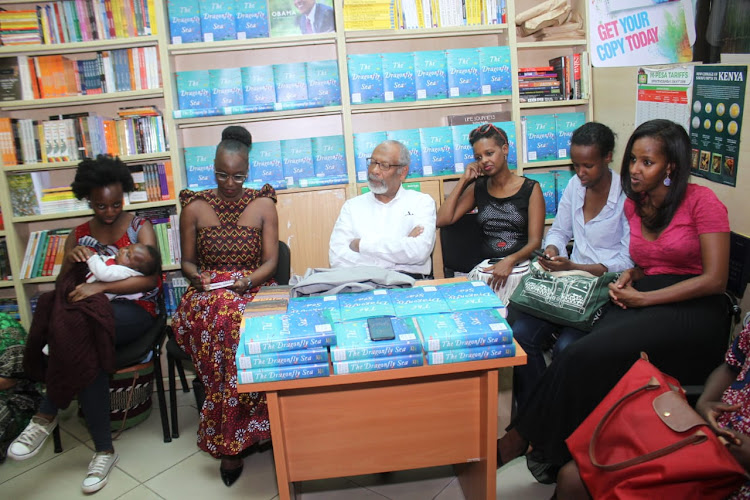 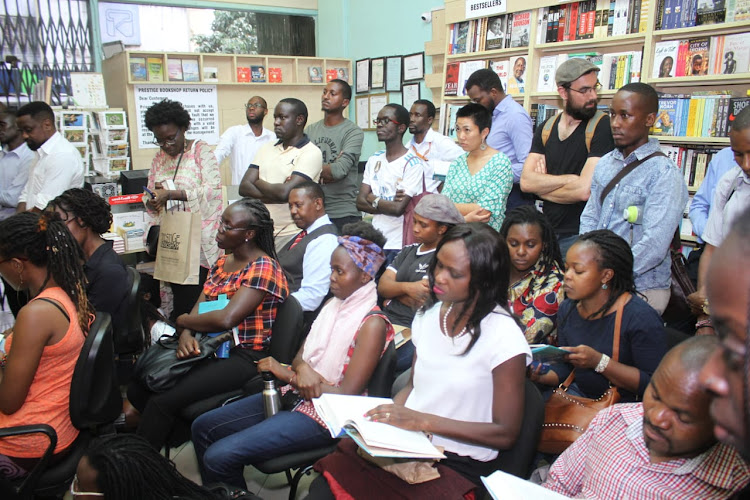 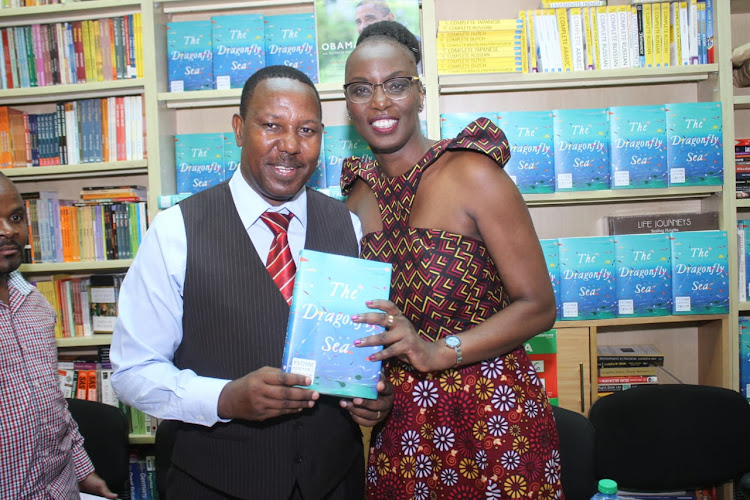 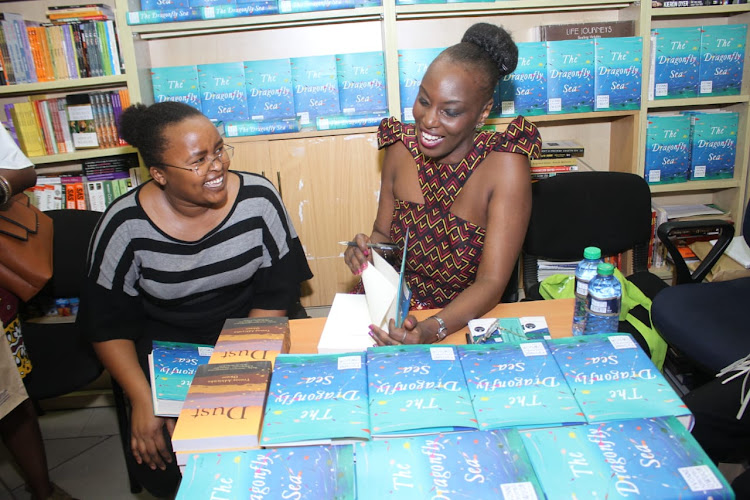 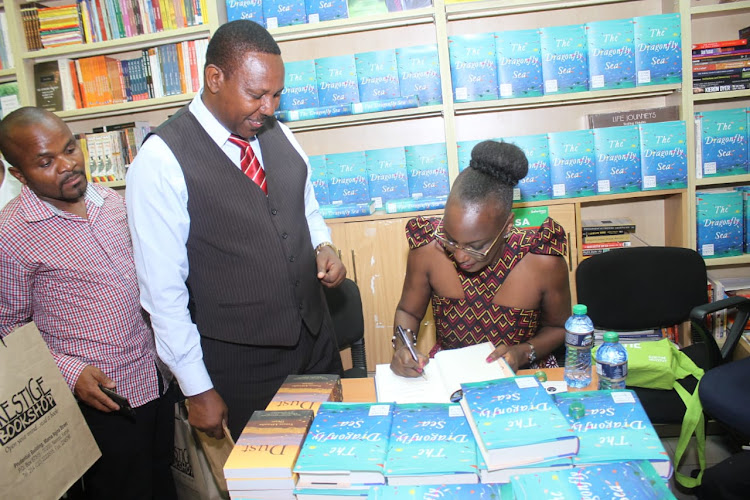 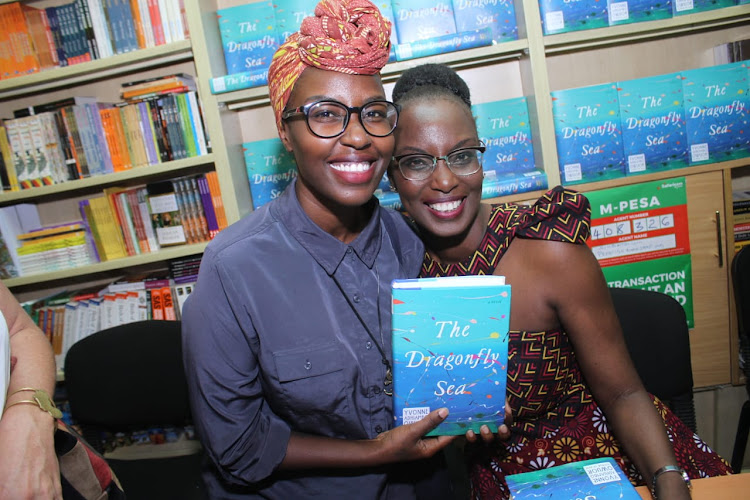 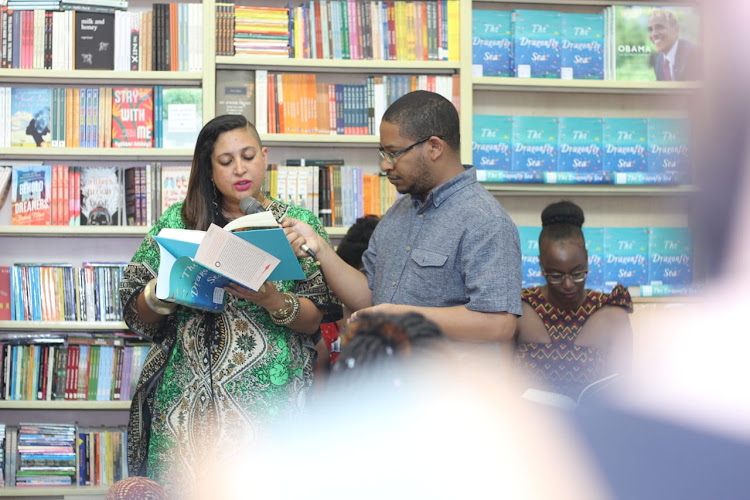 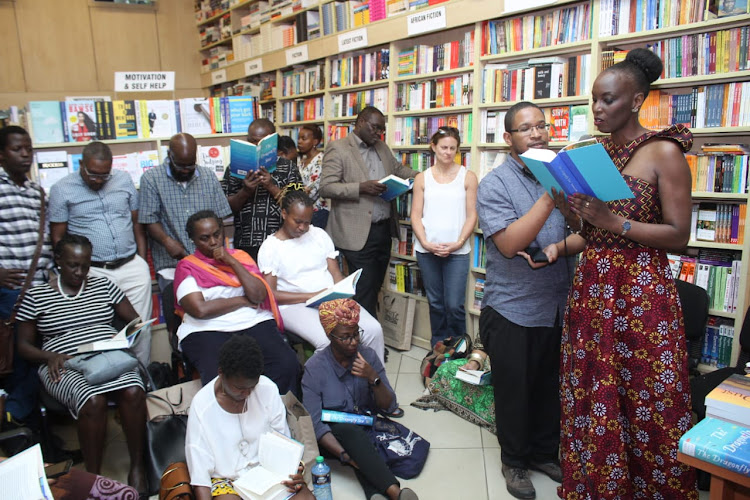 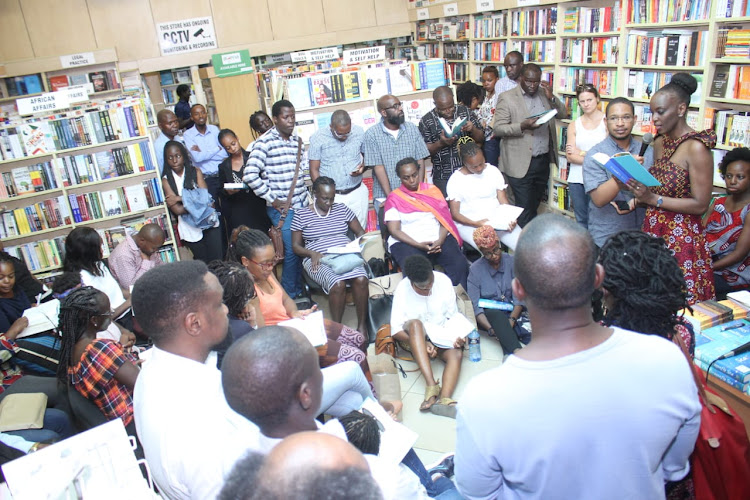 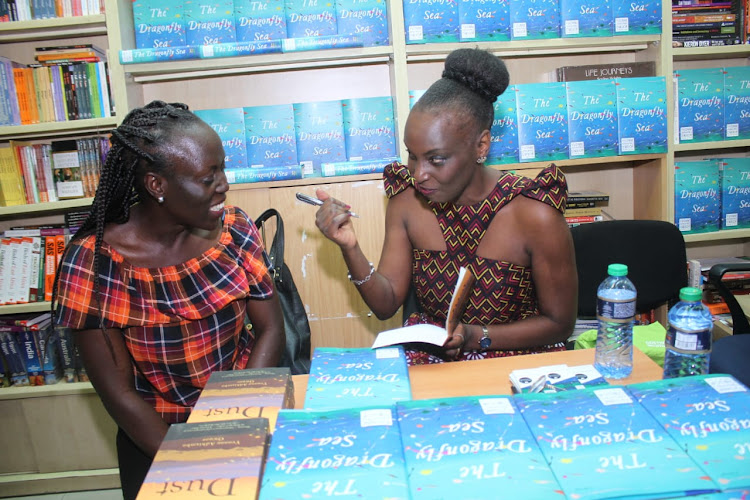 Yvonne’s book is a call to remember and to imagine. When we remember the truth over the narrative we were fed by oppressors we begin to liberate ourselves. The Dragonfly Sea is a step towards the liberation that comes from telling our own stories.

Abubakar ended on a lighter note remarking, “If you read this book and you get stuck, then you are reading it the right way.” I believe this is an ode to the idea that remembering truth is not easy. It is a painful gruelling task and yet as Abubakar said of the book, “it offers space for reflection, conversation, imagination, and liberation.”

Professor Mohammed Bakari took up from where Abubakar left off by beginning with a soft joke, “I would like to ask Yvonne, as President Obama was accused, whether she is crypto Muslim?”.

This was greeted by a room full of chuckles and laughter. He then went on to praise Yvonne’s grasp of Swahili culture and Islamic ideologies without bias. Bakari brought up how Yvonne wrote outside of her immediate context and the reasons why this is important.

“All civilizations are results of the impact of other civilizations…” in fact, as he reminded us, “There is nothing like a pure ethnicity or culture. This idea is a fragment of our imagination… The history of humanity is, in essence, the history of migration.”

Bakari gave us the concept of intertextuality. The idea that there is no singular new narrative. New texts are written by old texts just as new cultures are expounded upon by old cultures. We cannot protect ourselves from external influences. They have always been there and they will always be there.

Yvonne manages to gracefully build upon intertextuality not only in the idea that she as a Luo woman telling a story largely based on Swahili culture but also because of the telling of the story itself.

The idea that Chinese, Arabian, and Swahili influences among others are all interconnected and build upon each other to tell several stories with a single thread binding through them is genius, to say the least, and revolutionary to say the most.

Yvonne tells the story from multiple perspectives through different world views and manages to remain balanced, giving each perspective the honour, space, and time it deserves. As the Professor concluded, “This book is truly unprecedented”.

Taking advantage of the subtle shift in the atmosphere Aleya Kassam stepped in to do a beautiful reading of the poem of Mwana Kpona Binti Msham adapted by Deidre Lashgari: “Daughter, take this amulet tie it with cord and caring I’ll make you a chain of coral and pearl to glow on your neck. I’ll dress you nobly. A gold clasp too – fine, without flaw to keep with you always. When you bathe, sprinkle perfume, and weave your hair in braids string jasmine for the counterpane. Wear your clothes like a bride, for your feet anklets, bracelets for your arms… Don’t forget rosewater, don’t forget henna for the palms of your hands…”

It was a soft tribute with a considerable impact. By the time Yvonne got up to speak and do an author’s reading the room was silent and eager to hear her heart.

After a vote of thanks to Ahmed of Prestige bookshop for organizing the event and before her final reading, Yvonne concluded the session by stating, “I’ve always wanted my work to start here. This is home… And quite frankly, I write for my people first…”

With no way home, they intermarried with the Swahili women, took in the Islamic faith, and settled on the Islands. Centuries later in 2005, a young girl, Mwamaka Sharifu, who is a resident of Pate Island, is taken to China on a Scholarship.

It is a symbolic return as she is a descendant of the land long lost from home. This history was the original inspiration for Yvonne’s book which eventually took a life of its own. It is an alluring story of a voyage, identity, and the interwoven history of different cultures.

You can find Yvonne Adhiambo’s second book The Dragonfly Sea at Prestige Bookshop for Sh2,890.