She advised those going through pain to learn to go through it.

•Winnie explained how she misses her brother so much and how his death affected her.

•She divulged that she never cried immediately after he died. 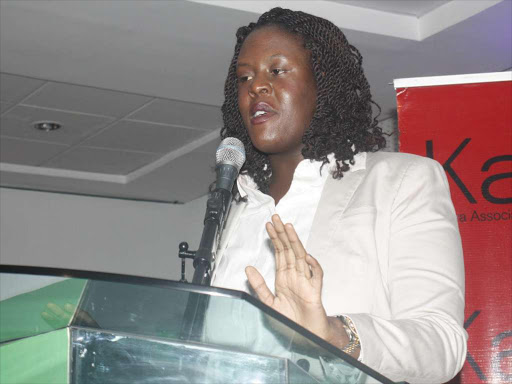 Speaking during a session on the 'Iko Nini' podcast, Winnie said she misses her brother so much saying life has never been the same since his departure.

Surprisingly, she divulged that she never cried immediately after he died.

"I just started crying when we were now burying him. When doing a funeral process, many people are around, you just don't feel it," she said

"It is after that body goes in and you are just there with your family that is when you feel it. That is when people get into depression.”

Winnie said the loss of her brother is something she has learned to live with despite being a huge blow not only to her but also to her family.

"You don't get over it. It's just something you learn to live with," she said.

"There are tough times…when some people are playing with me. And I am just like if my brother was here you would be done."

She advised those going through pain to learn to go through it to avoid depression.

"The only way out is through. You gotta go through it to get out of it."

Winnie confessed that she sunk into depression after Fidel's death, which led to her sister-in-law recommending a therapist.

ODM remembered its fallen members who have contributed to the party success.
News
3 months ago