With empowerment, they can help identify and nurture talent at grassroots. 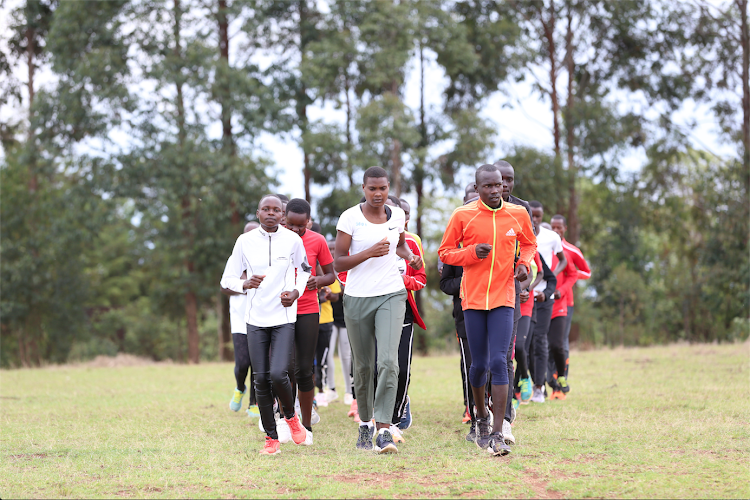 Athletes at Kapkoimur training camp go through their paces during a session
Image: ERICK BARASA

For a long time, ours has been an education system that exalts academic work at the expense of other co-curricular activities.

Growing up, it was common for our parents or teachers to scold us for spending too much time on football fields rather than with our heads buried inside books.

Sometimes, we would be on the receiving end of strokes of cane, trying to instill the notion that sports activities are a waste of time. Never mind that among us were those who would elicit a smile from football gods like Lionel Messi and Cristiano Ronaldo with their silky skills on the ball.

The perception that sports does not portend a great future compared to a white-collar profession persists to date. You only need to look at the squalor lives of many footballers, basketballers and hockey players, among others to see evidence of this.

However, the enactment of the competency-based curriculum (CBC) inspires hope. It would allow the academically weak students to hone their skills in other aspects, sports included.

Pivotal to this are school teachers who are responsible for games activities at this level. It begs the question why games teachers have never been thought of as critical stakeholders who can help with identification and nurturing of talent at the grassroots.

Speaking to one such teacher in Narok county, he spoke of the efforts he has put in place to identify athletics talent around the region and put them in a one-month training camp.

The teacher spoke of the need for them to be empowered with scouting skills and knowledge in different sports disciplines so they can easily find talents within their vicinities.

Furthermore, sports activities are expected to resume after they were postponed for the past two years due to the coronavirus pandemic. Such championships as the Kenya Secondary School Sports Association ball games are usually an opportunity to unearth promising gems at the grassroots.

However, most sports federations often leave the task of scouting to their coaches who are expected to go down to the ground once in a while to find these promising teens and youngsters.

Rather than wait until these school championships, it would be better to train games teachers in various institutions to continuously scout for talent in their spheres of influence and recommend the same to these federations.

It is applaudable that the National Olympic Committee of Kenya have been running a month-long training camp for school-going kids during the April holidays.

Athletics Kenya have done the same by putting different youngsters into 26 camps countrywide where they have been sharpening themselves ahead of the World Under 20 Championship in Cali, Colombia.

However, such initiatives should not be a one-off or exclusive but should encompass all stakeholders in the sports industry. Working with school teachers at the grassroots will ensure a steady supply of talent and continuous monitoring of their career progression.