When declaring your relationship on social media bites

Declaring a relationship on social media comes with its own fair share of baggage.

• Most times when people decide to post their partners on social media, there are many reasons that could lead to that decision.

• There's a group of people that are all for it and do not see a problem in it. 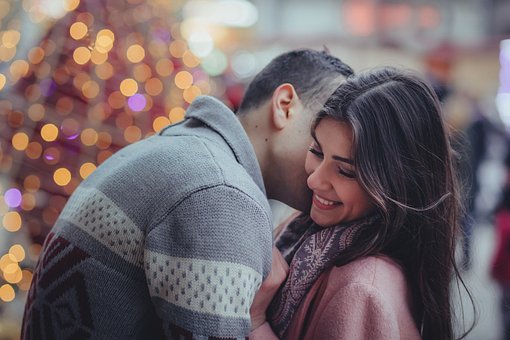 A couple embracing each other.
Image: PHOTOS FOR CLASS

The likes, the views, the story engagement; some of the many things that people find value in and making a point about it is a goal.

Social media is here to stay and it's changing as time goes by and in one way or another, you just have to go with the flow.

But when it comes to personal issues that do not necessarily have to be shared, that's when a huge crowd comes in to weigh in on the matter.

Last week, media personalities Larry Madowo and Edith Kimani raised eyebrows after posting photos that many people termed as cozy and hinting at something.

As usual, social media detectives took it upon themselves to dig deeper into what the two are up to, but the story mostly revolved around "they are together".

At this point, it's guess work because details on whether they are dating or not are not public. But some have come out to state that the two are just friends, a friendship that started years ago and that they are really close.

Larry and Edith have not commented on the whole issue, leaving the public in the dark with only rumours to back up their opinions.

Declaring a relationship on social media comes with its own fair share of baggage.

Social media is no one's home and we all have different motives when we step into that sector and that's why what you post can be viewed negatively or positively.

Ng'ang'a says she was never married to Mutua.
News
3 weeks ago

Most times when people decide to post their partners on social media, there are many reasons that could lead to that decision.

There's a group of people that are all for it and do not see a problem in it, others can't stand the idea, while others don't care what you do with your social media pages; it's none of their business to say the least.

Lina* (not her real name) says she's all about the confidence that comes with parading love life on social media.

"Social media is not for the faint hearted and it's definitely not everyone's cup of tea. It takes a really strong person to take a private matter like their life partner on social media, and that courage  is what I'm all up for," Lina explained.

She however noted that such steps should be well thought out, bearing in mind that people will have their opinions.

"It's ok to post your partner, but are you ready to face social media warriors who never sleep and are always in people's business? Before doing so, just ask yourself if you will be able to handle what will come out of your move."

Deon* says she finds it hypocritical when people find it ok to have a negative opinion on someone forgetting they are not perfect.

"We have given society the power to control our lives and that does way more harm than good. It is your social media page, with your handle and yours only, so letting people tell you what to do and what not to do, will make you a slave to their opinions," Deon said firmly.

She added that she had to learn the hard way after letting comments left on one of her posts, affect how she treats herself.

"I went through hell after letting social media bullies get to me. I decided to go missing to rediscover myself because I was lost in other people's opinions. When I came back, I had changed and people's opinions about what I do didn't matter.

But for Obare*, the story is different. He says when he posted his partner, it was not because he wanted to but wanted to prove a point.

"My close friends have partners and they would make me feel like I didn't belong. They always posted each other and I really wanted that. A week after I met my girlfriend, I posted her on Instagram with a long caption that really got the attention of so many people. I felt I had accomplished a lot," Onesmus explained.

"My friends were happy for me and that alone proved that posting my girlfriend was a plus and it was a big deal. But it wasn't. The relationship lasted only two months and the next week, she was in some other guy's Instagram, a guy I'm very familiar with."

He says that broke his heart but he will still post his next girlfriend because, "if the traction is the same or even better than the first one why not. The attention is great and I don't see a reason why I should not post whoever I'm dating."

For Rosa* she says she wouldn't do it because "you'll get exactly what you're looking for."

"Many people use social media for all the wrong reasons and putting your personal business in public is like digging your own grave. Not everyone wants what's best for you and that is one of the things that we don't seem to get."

She explained that it is easy for one's relationship to be wrecked just by giving the public the right to criticize your decision.

The Mutua saga: An upset governor, his lass and a nasty public breakup

Says the Machakos county chief has vowed to 'crush' her.
News
3 weeks ago

"The internet never forgets and one wrong mistake, you're in the books forever. I would urge guys to choose wisely what they put up on any platform because you just don't know who you are posting.

Darell* says his ignorance cost him a well paying job. He explained that what he thought was the beginning of a beautiful love story, ended in premium tears.

"I dated this chic for six months and it was going great. She was like a prayer answered and I was ready to do this thing called life with her. I posted her once on social media and my friends said that I had not failed them.

"I was not working when we met, but things looked up and I got a call for a job I had applied for. Of course I was excited about it and wanted her to know about so I chose to tell her after the whole process was over. But I didn't know that was the beginning of a nightmare.

"I went for the interview but I wasn't ready for what happened later. A man walked in to the boardroom, said hello and sat down. He pulled out his phone and showed me one of my social media accounts and asked me if I wanted the job so that I could be closer to his wife now that I had already posted her on social media."

Darell says he almost passed out when he heard "my wife".

"The story is quite long but the man said he was one of the bosses in the company and they don't employ men who go after other people's wives. I tried to explain that I didn't know she was married but he didn't want to hear any of it. He straight up told me that I'm qualified for the job but he wouldn't give it to me because I wrecked his home. The lady on the other hand blocked my number after confronting her about it."

He said that was the last time he ever posted any lady on social media. "I don't even post my female friends because I don't want to go through that embarrassing moment ever again.