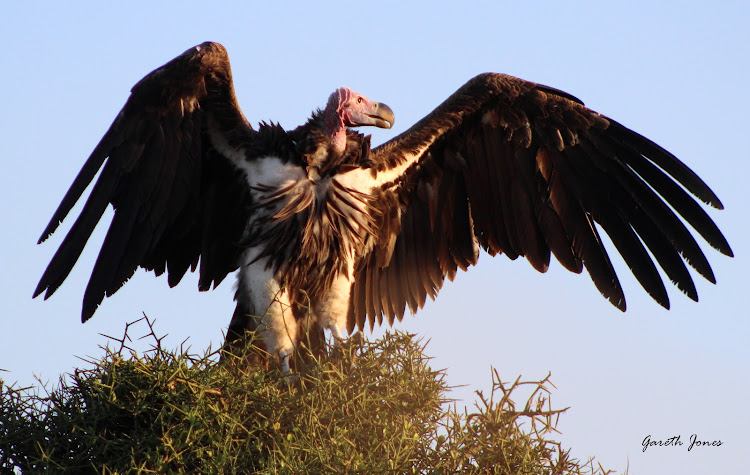 The stench of rotting flesh permeated the area around the dam and tar road near the No3 junction, for some days now many people had watched lions feeding on a buffalo carcass, but by now the lions were looking very full and were showing less interest in food. The lions gradually began to move away and rest in the shade of the thick bush near the dam.

Suddenly as if by signal large flocks of various types of vultures advanced on the buffalo carcass, as they climbed onto the remains to feed, a lioness watched them and decided to chase them off, she ran at full speed towards them, feathers flew everywhere as they escaped. The lioness stood proud and still in the middle of the clearing, then slowly turned and walked away. It was not long before the vultures landed again, and began to feed on the buffalo.

Vultures play a vital role in nature to clean-up, there sharp beaks and talons are efficiently designed to quickly reduce carcass remains to bones. The cleansing role they play ensures that there is less disease by reducing flies. However sadly many people do not know how important they are, and they have even been poisoned in some parts of Africa.

Even though vultures do not look very handsome or beautiful, they can be fascinating to watch. It is good practice when in wild areas to watch for vultures as they often point to where predators such as lions, etc, have killed.

So next time you are in the park try a bit of 'vulture culture' by looking for the big 'clean-up' birds. A tell-tale sign of a predator kill is seeing trees full of vultures, waiting patiently for the moment when they can fly down and feast on the remains. Who knows they could reward you with a large cat sighting?

For more information you can link to the following website www.kws.go.ke 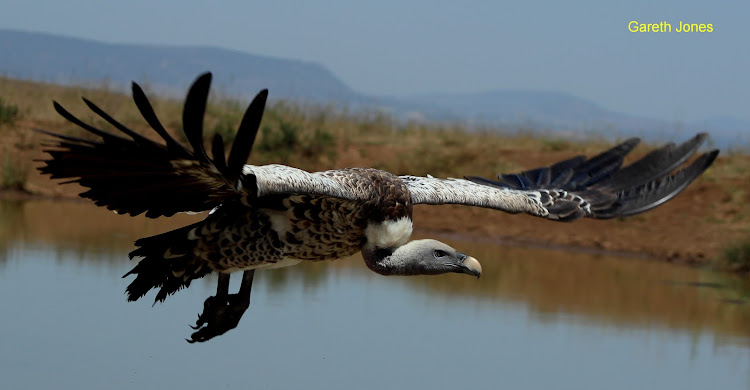