• The superseding indictment, filed in U.S. District Court in Chicago, identifies the latest accuser only as “Minor 6” and charges Kelly, 53, with engaging in sexual acts with her in the late 1990s, when she was 14 or 15 years old. 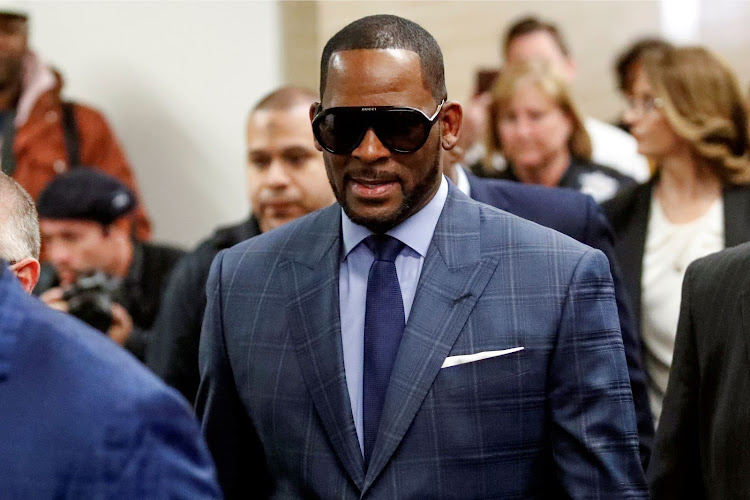 Singer R. Kelly, already facing trial in three states on sexual abuse, child pornography, kidnapping and obstruction of justice charges, has been hit with an updated indictment in Chicago stemming from a newly-identified victim, court documents showed on Friday.

The superseding indictment, filed in U.S. District Court in Chicago, identifies the latest accuser only as “Minor 6” and charges Kelly, 53, with engaging in sexual acts with her in the late 1990s, when she was 14 or 15 years old.

The new charges also seek forfeiture of assets from the Grammy-winning R&B performer’s production company and a separate firm owned by his manager Derrel McDavid, a co-defendant in the Chicago case.

A victim previously included in the indictment and known as “Minor 2” was removed from the charging documents for reasons that were not made clear.

“We are aware of the superseding indictment. We continue to fight for him and look forward to the day he is free #notguilty #rkelly,” the entertainer’s criminal defense lawyer, Steve Greenberg, said on Twitter.

“The superseding indictment was expected and does not change our position. We look forward to taking this matter to trial,” McDavid’s attorney, Vadim Glozman said.

Kelly has pleaded not guilty to all criminal charges filed against him in New York, Illinois and Chicago.

The entertainer, best known for such hits as “I Believe I Can Fly” and “Bump N’ Grind,” has faced sexual abuse allegations dating back more than two decades. Some of those accusations were detailed in a Lifetime documentary, “Surviving R. Kelly” first broadcast in January 2019.

Federal prosecutors in New York have also charged Kelly with running a criminal scheme in which women and underage girls were recruited to have sexual activity with him.

In that case Kelly is accused of bribing an Illinois official in August 1994 to obtain a fake identification for the singer Aaliyah so they could get married.

Kelly was then 27 and Aaliyah was 15, but according to published reports their marriage license listed Aaliyah’s age as 18. The marriage was annulled in 1995. Aaliyah died at age 22 in a 2001 plane crash in the Bahamas.

Prosecutors in the Chicago case charged Kelly last July with engaging in sex acts with five minors, recording some of the alleged abuse on video, and using threats to keep victims quiet.

In 2008, Kelly was acquitted at trial on state child pornography charges in Illinois.

Post a comment
WATCH: The latest videos from the Star
by REUTERS Reuters
Sasa
Sensitive
15 February 2020 - 11:37
Read The E-Paper