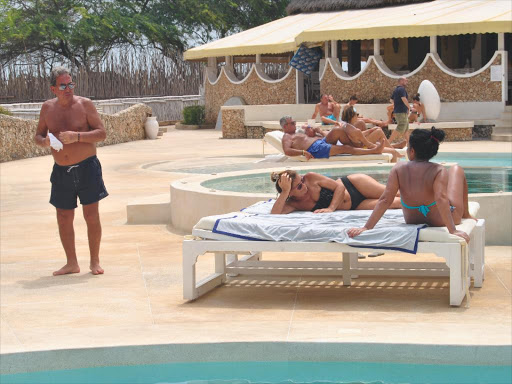 Magarini subcounty is becoming the third-best tourism jewel and destination after Malindi and Watamu, following massive hospitality investments that are attracting local and international tourists.

The subcounty has luxurious resorts located along the golden sand and blue oceanic waters that offer revellers fine moments for their holidays.

The destination is key particularly for tourists wishing to have privacy and peace of mind away from their busy schedules back home.

For years, Magarini has been identified as part of Malindi and has never stood independently as a destination.

For this reason, most investors who have established tourism facilities along the area associate their resorts with Malindi.

Magarini is located in the north of Malindi town, and attractions begin right from the Sabaki river estuary.

Investors have realised the rich potential of the area, and soon, tourism will be booming in Magarini.

Things are slowly changing as investors now have come with strategies to promote the destination.

First, investors are packaging the destination as one that is not only rich with golden sand beach and blue ocean, but also has diverse and unique attractions.

A tourist visiting Magarini for holiday has an opportunity to do great excursions, including a tour of Marafa hell’s kitchen to watch the sunset, Robinson island and salt firms that attract flamingos and other unique birds species.

Hell’s Kitchen is an odd sandstone canyon that might be Kenya’s best-kept secret. It’s owned by the Giriama community, who call it Nyari, and has high temperatures.

Most tourists visit the area to watch sunset after a tour inside hell’s kitchen.

Unknown to many, Magarini has the best kiting sites for surfers who want privacy and fun in the blue oceanic waters.

Che Shale has hosted multiple international kite-surfing competitions, as the area is clear.

Magarini also boasts of sand dunes that offer unique touristic experience for those seeking to explore beach driving or riding.

At the Sabaki river estuary, there is a unique attraction where tourists get an opportunity to see the river mouth, where ocean and river water meet, with most of the fresh water being swallowed in the sea.

Many tourists like the Sabaki river mouth because of the natural ecosystem.

Furthermore tourists also are able to see hundreds of hippos and crocodiles living along the area.

International celebrities visiting Malindi like to go to Che Shale, Robinson island or Barefoot Beach Camp for a day or two as part of their holiday while staying in Malindi or Watamu.

Others just prefer going to these areas on excursion tour and lunch, which is mostly composed of seafood and crabs.

A recent tour of the area revealed that Magarini is probably the best tourism destination after Malindi and Watamu, only that it has not been explored.

Garero Mwanje is a beach operator at area resort Kola beach, which attracts tourist due to the Golden sand. He says many tourists like taking photos when visiting the area because of its unique appearance.

Mwanje, who is well versed with Magarini excursion, says the area has both white and red flamingoes.

“Robinson island is an island which one has to use a canoe to cross,” he says.

He says Magarini is fit for swimming in the bleachers and has good, fresh seafood.

“It’s a place where, with a phone call, you come to eat and relax,” Mwanje says.

However, he believes it has taken long for Magarini to flourish due to the poor road network.

“We need good access roads to be established. Many tourists do not want to come because of the poor infrastructure,” Mwanje says.

Currently, he says, hoteliers are operating at a loss as most establishments record a low number of guests.

This forces investors to close down business and only wait to work during the peak season.

Kola beach resort, which is one of the luxurious resorts established nearly a decade ago, is striving to attract tourists in large numbers.

Those who visit the facility for the first time seem to have discovered a new paradise and wish to stay longer.

He says clients and international tourists give the resort high ratings because of the relaxed atmosphere.

“We treat all clients with the good relations. We have received tourists from all over the world, including Europe, Russia, Australia, Uganda, South Africa, Tanzania and a large number from Nairobi,” he says through interpreter Naomi Makau, the front office manager.

He says the government is not dedicated to promoting tourism in Magarini.

The destination “is still virgin” and has not been spoilt, but has poor infrastructure, he says.

“We have not good roads. From Mamburui beach, the road is in pathetic condition,” Mauro says.

Mauro says Magarini as a destination is perfect, but little is done to make it attract tourists.

He says his hotel is the best destination for beach weddings, family parties and conferences, as it’s not crowded. The hotel has 61 rooms, consisting of junior suites, major suites and family suites.

Furthermore, he says, Magarini, unlike Malindi or Watamu, is not crowded with beach operators. That means no tourist harassment.

At the hotel, Mauro has 12 camels and four horses to offer rides to tourists wishing to go for excursion to the Sabaki estuary of Che Shalle.

Next month, the Kola beach boss is introducing the first safari rally to begin attracting more tourists who love the sport.

Already, the event planning is at an advanced stage, and once successful, he says it would be done two to three times a year.

The rally will be held from Malindi, Magarini, Marafa, Gongoni Cheshalle and Kola beach and back to Malindi.

“We expect 30 participants to take part in the safari rally. This is the first time we are organising the event,” he adds.

During the week, kola beach has a series of entertainment activities, including disco, Indian nights, acrobatics and Maasai dance, depending on the bookings.

“The beach is wide, not rocky. One can jog or run. It’s also good for sky diving,” he says.

In December last year, Kiifi Governor Amason Kingi promised to set up funds to upgrade the infrastructure in the tourism resort cities.

Italian billionaire Flavio Briatore, who has invested heavily in Malindi, usually visits Che Shale while on holiday in Malindi.

The camp, located 21km from Malindi town, is where one spends his holiday without shoes and never minds about time for everything.

Tavola said Barefoot Beach Camp is the perfect place to live without pressure.

“My feeling is okay to stay here, at AC Milan. For me I am used to living under pressure, always working to win something, but being here is fantastic,” he said during an interview.

Gio Benusglio, another Italian tourist who is a frequent visitor of Barefoot Beach Camp, termed the place romantic for lovers to spend a night.

“One can come here to enjoy during night and day. It’s fantastic. People here are very friendly,” she says.

Camp owner Edward Aniere says the area is very private and cool to stay in.

“This place is a very personal, very family-oriented establishment outside Malindi,” he says.

Aniere says it’s not easy to get people to visit the beach camp, but those who get the opportunity to visit like it and come back again.

He says Magarini is a nice place; cool with a virgin beach and a wonderful community.

Indeed, Magarini is the next frontier of tourism, and with proper infrastructure, it will flourish.