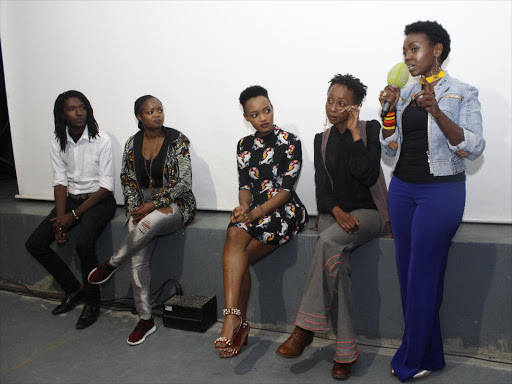 ‘Rafiki’, meaning ‘Friend’, is a movie directed by Kenyan film director Wanuri Kahiu, she of the From a Whisper fame. It is the story of forbidden love and unfulfilled aspirations.

It revolves around a teenage lesbian affair between Ziki and Kena. Initially, the movie was banned in Kenya for “glorifying homosexual behaviour”. But after Wanuri went to court, Kenyans got a chance to see it.

The movie touches on religion, where we see the lovebirds attending a church service. When the preacher speaks about homosexuality, Kena is offended and walks out. I think she felt guilty, more so since her family member was in the congregation.

I would have expected that in the end, Kena and Ziki would find love from the opposite sex and not have the hope of continuing with their girl-girl affair.

The movie at some point gives the society a clear picture of what is happening to the young generation and how deceiving some friendships could be. If you met Ziki and Kena, you would not be in a position to judge them until they are busted.

I also think the director has tried to exercise feminism in the whole movie. No man is seen as successful in whatever he tries.

A good example is when Blacksta tries to lure Kena to be his lover. Kena doesn’t agree, and that means a loss to the boy child. When Kena messes up in life, her mother blames the dad (Mwaura) for poor upbringing of their daughter.

I would rate it 18+ because I feel our society is still rigid. Our moral value would be interfered with if we allowed the young generation to watch it.