Just who is Fatuma Zarika? Learn more about her humble background 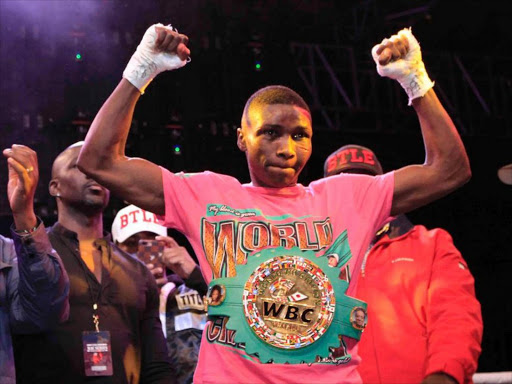 She is the quintessential woman. An inspiration to everyone who harbors the thought of ever giving up. Fatuma Zarika has been through a lot in her life and her remarkable story might bring tears to your eyes.

Fatuma was born on 13th of March 1985 in Satellite, Nairobi. Her parents, Kang’ethe and Aisha Musa separated when Fatuma was barely seven years old. This occasioned her to be solely raised by her Ugandan mother.

Zarika attended Kabiria Primary school and during that time, her family was blessed with a brother, Hemed Musa, the only sibling that she would ever know. This happened just two years into her Primary education.

The inconceivable state of poverty that her family was in did not allow her the opportunity to further her studies after completing primary school. As her peers went on to join different secondary schools across the country, Zarika was left no choice but to fend for herself and her family. This is probably where her very apt sense of hustling began. She was keen to bail herself and her family out of the jaws of deprivation.

“I felt really bad that I couldn’t go on to the next level of my education after completing primary school. I understood that my mother was trying her best to provide for my brother and I. I had to do what I could to help out and maybe make enough money to put myself through school,” Zarika reminisced.

She began the first of her many odd jobs in order to make ends meet. Her first job was as a housemaid, one which she diligently did for a year before getting yet another year-long gig as an aid to an old, sickly woman in the neighborhood. Soon after she left her job, still at a very tender age, the teenage Zarika was blessed with a daughter, Sophia. Her daughter was born on the 12th of August, 1997.

Besides the natural joy and sense of fulfillment that comes with giving birth, there was a cloud of anxiety that engulfed Zarika's spirit. She was troubled by the thoughts of her ability to provide for her beloved Sophia. Her family's sense of togetherness and tireless efforts to make a better life for themselves is what kept them going for the next few years.

Zarika’s mother Aisha continued to provide as much as she could for her family and her daughter followed in her footsteps. They both displayed extreme levels of dedication, doing any work that they could find just to put food on the table at the end of the day. Meanwhile, Sophia’s father was largely deadbeat, doing little to make Zarika’s life a bit more comfortable. She then contemplated the disheartening direction her life was heading into and promptly decided it was time for a change.

“I was really desperate for change in my life and it took all of me not to give up because I had people counting on me. Seeing as I had no education and no steady source of income, I deliberated getting married and with that I left home without saying a word to my mother,” Zarika explains.

At 19-years old, Zarika moved to South B to her cousin’s house in an attempt to seek greener pastures for her and Sophia. Other than the primary needs that she needed to cater for, another huge struggle that she had to deal with was the regular medical attention that Sophia required.

“Sophia was a bundle of joy and she was one of the very few things that would put a smile on my face after every long day. Though she fell sick quite often and as a mother being unable to help by simply catering for medical expenses, is a feeling that is almost impossible for one to get over,” she stated.

The hustle of not being able to look for work because of having nobody to look after Sophia continued to be a problem weighing on Zarika’s shoulders as she constantly had to turn to her mother to look after her.

While in South B, Zarika attempted to venture into the world of sports starting with football. Unfortunately,things did not pan out well for her. She failed to display any sort of prowess in the sport and she decided to try something else.

Venturing to Mathare North in Eastlands, she met Conjestina Achieng’. The lady who went on to become the first African woman to hold an international title when she defeated Ugandan Fiona Tugume to take the vacant WIBF Middleweight crown. It was then that Fatuma Zarika’s life in boxing began.

It was a journey of hard training and she found herself fighting against her mentor, Conjestina Achieng’. The fight ended in a draw and it was evident that Zarika had finally found something she could be great at, that could be her family’s way out.