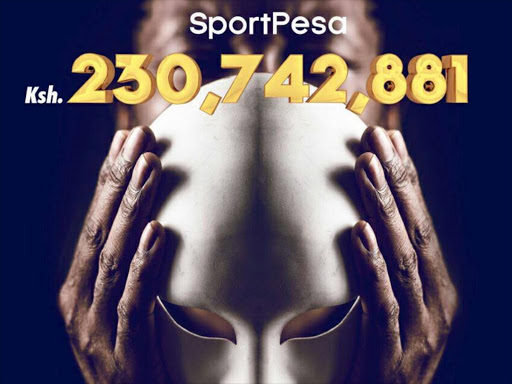 SportPesa's has announced the winner of its mega jackpot of Sh230,742,881, the biggest ever in Kenya.

a live broadcast on Tuesday after game number 11 - Troyes vs Dijon - was postponed.

"In accordance to terms and conditions, the company conducted a public draw to determine the outcome of this game and fully result the mega jackpot."

predicted the outcome as was published from the public draw.

The betting firm will hold a press conference on Wednesday, with Ogada, directors and past winner Samuel Abisai in attendance.

Abisai, who won the

SportPesa jackpot in May last year,

was treated to a Limousine ride from his home

and a red carpet ceremony at Carnivore Restaurant.

The company usually provides financial advisers should winners agree to it.