What To Watch: New Girl 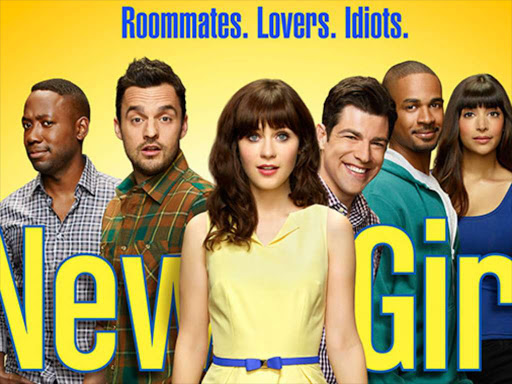 When Jessica Day found her boyfriend in their home with another woman she had to break up with him and move out. Jess found a roommate add on Craigslist and decided to go check it out. The apartment is an old factory tuned into lofts. Jess ends up moving in with the three guys that live there. Nick is the grumpy, slacking type with no real ambition. He spends most of his time on the couch or else working as a bartender. Nick is Jess’s on and off love interest. Nick’s best friend Schmidt shares a room with him. They have been roommate since college. Whereas Nick is a slob, Schmidt is almost OCD about cleaning and controlling things. Most of Schmidt’s drive comes from the fact that he used to be overweight and a virgin in college. Schmidt lost all the weight and became a successful marketing associate. He is also a serial dater.

The fourth roommate Coach is a recurring character on the show. He moves away after the first episode to live in another city with his girlfriend. Coach was a professional athlete turned fitness trainer. When Coach moves away he is replaced by Nick’s childhood friend Winston Bishop. Winston played basketball in Latvia and was forced to return to the States after being dropped from the team. Winston spends most of his time trying to figure out his next career move, he tries man things until he settles on being a police officer. Jess’s best friend Cece also becomes a regular part of the guy’s life after Jess moves in. Cece is a fashion model and has been Jess’s friend since childhood. Schmidt falls for Cece and eventually drops his playboy to settle down with her.

The creator, Elizabeth Meriwether, wanted to create Jess as a character to represent her own uniqueness. Jess is overly bubbly, marches to her own tunes yet seems to be grounded enough to relate to and understand her friends. Although the character of Jess was not specifically written for Deschanel, it can be agreed the naturally adorable Deschanel was the perfect fit.

The show has an exceptional way of blending all these colourful characters into one smooth painting. Even Jess’s vivacious character does not outshine the rest. Every character has his or her own storyline; their own characteristics that make them fan favourites. The show portrays a real picture of true friendship. The characters are so different and often butt heads but they overlook everything in the name of friendship. Perhaps this is why the show has a huge following and great ratings that will perhaps see them last for a few more seasons.