What to watch: Shades of Blue 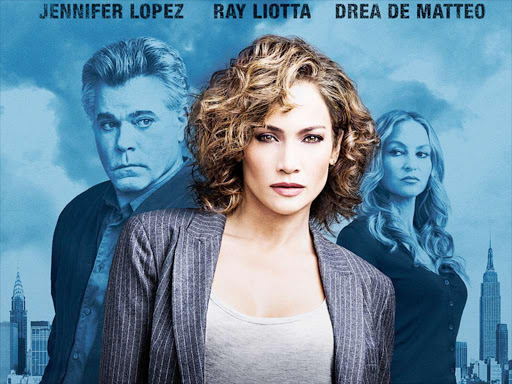 At first when you hear about the show, you can easily shrug and say “not another police show!” Then you hear it stars JLo and Ray Liotta and you think “Hmm, maybe I can watch one episode”. Then… you are hooked! The show focuses on a group of NYPD detectives who on top of fighting crime are also dirty. Harlee Santos is among them. She is single mother, her daughter Christina is a musical prodigy playing the cello. Christina goes to a private school and has big dreams about her musical future which of course are hard for Harlee to achieve on a detective's salary. Harlee’s involvement in the dirty-dealings is clearly a means to give her daughter the best.

But Harlee’s proverbial 40 days are up when she is picked up by the FBI. She is approached by Special Agent Robert Stahl. Stahl had been studying Santos for months and is a little obsessed with her. Stahl gives Harlee two options: either she goes to jail or she helps him nail Wozniak. Lieutenant Wozniak is a military veteran who is currently the chief of the 64th Precinct in Brooklyn. Wozniak is a crooked cop who makes deals with drug dealers and in return receives a monthly cut which he shares with his crew. But Wozniak’s crew is loyal to him because he has something over them. It turns out he got Harlee involved in his crew by helping her cover a murder she did. Wozniak is the main target of the FBI.

The other crew members include detective Tess Nazario, a kick ass police officer who is putting up with her husband’s constant cheating because she wants to save her marriage. Michael Loman is a rookie detective and Harlee’s partner. On his first day Loman shot a drug dealer who was playing video games. Since Loman panicked and shot an unarmed man, Harlee goes on the limb for him and helps him cover the truth by faking the crime scene. But Loman has a huge struggle with his conscience to the irritation of all the other detectives.

Shades of Blue is a story of crime, drama, passion, obsession, love and betrayal. In this show, Lopez is just Jenny from the block; which makes her loveable, charismatic and a favourite with the audience. Liotta’s portrayal of the messed up Wozniak is as sly as his most noted performance in the film Goodfellas. The story is not too deep, not too thought provoking, but it is fast-paced, easy to follow and quite captivating. It’s too early to predict the future of the show as only five episodes have aired so far. The show's executive producer is Jennifer Lopez and Ryan Seacrest among others.

Post a comment
WATCH: The latest videos from the Star
by By NABILA HATIMY
Sasa
06 February 2016 - 01:00
Read The E-Paper