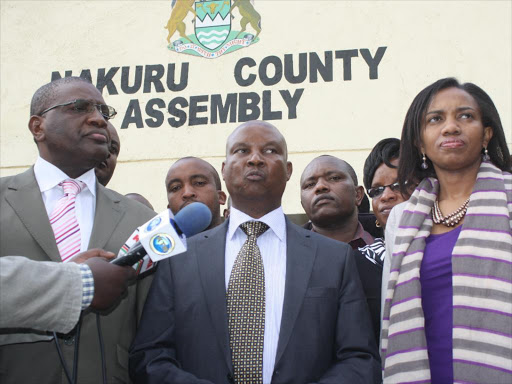 The days of having public barazas where citizens interact and demand answers from their leaders seem to be long gone in Nakuru county.

The residents have taken citizen participation a notch higher by going digital — through WhatsApp groups, locals are now setting the agenda by championing the policies which should be pursued by the county government for the betterment of all people who reside in the county.

The idea was conceived after many residents found it difficult to reach Nakuru county government officials in their offices due to the strict security requirements and in some cases, absenteeism from work.

Among the most vibrant WhatsApp groups is The Nakuru Analyst, which celebrated its first anniversary this year.

Formed by Elijah Kinyanjui, a journalist, the group has made remarkable achievements in the one-year of its existence

Kinyanjui said he opted to start the group after seeing the issues he wanted addressed being ignored.

“No matter how many written petitions you sent to the county officials they would often end up in garbage bins or ignored somewhere in a shelf. Yet these were pertinent issues. By coming up with a WhatsApp group, the leaders felt challenged to answer the questions raised and it has lead to an informed discussion by all the parties involved. Journalists finally picked up the issues and highlighted them,” he said.

Kinyanjui said the various WhatsApp groups are engaged in the fight for social justice.

Among the major achievements of the Nakuru Analyst is the stopping of Naka Primary School land grab by a private developer.

The developer had constructed a perimeter wall, which came to the attention of the group members.

“They went to the site, accompanied by [National Land Commission chairperson Muhammad] Swazuri and demanded that the fence be pulled down. The children in the school, seeing there was an effort to protect the land, also took to the streets and demanded that the businessman leaves the land. That way we were able to save the school grounds,” Kinyanjui said.

The members have also been able to carry out benchmarking tours in other counties. “We travelled to Machakos in an attempt to see what they were doing differently. When we went there we took photos and talked to a number of officials while at the same time communicating on the page. It lead to a vibrant discussion and some of the issues we raised, like the installation of CCTV cameras, were discussed by our leaders and factored in the budget,” he added.

Nakuru Assembly Speaker Susan Kihika during a past house session

Another vibrant group is ‘In The Streets of Nakuru’, which focuses on the environmental issues facing the county.

The group, which has been spearheading the #ISupportBanPlastic, wants plastics of below 100 microns banned in the county.

It was the first group to present a petition to the county assembly clerk, Joseph Malinda, with 1,000 signatures demanding that the county government discuss the issue of plastics in the county.

The group also seeks to have supermarkets compelled to ban the distribution of such bags while at the same time reward customers who come to shop with environmental-friendly bags.

James Wakibia, who formed the group, said he was irked by the outbreaks of water-borne diseases owing to the poor drainage. He decided to bring together environmentalists who were seeking social change.

“These outbreaks were as a result of blocked drainage and as a county we had paid too expensive a price in the treatment of cholera. We needed to ensure that the environmental bit is well addressed and we have been advocating for this through lobbying to our members on the pages,” he said.

The group has been involved in clean-up exercises in the county.

“We cleaned up Lake Nakuru National Park and Nyayo Gardens and we are planning to clean up various markets this month,” he added.

Kio Kinuthia, who formed the Nakuru Real Analyst, said they were tired of complaining to the county government and needed an audience with the officials.

“We felt that if they responded to our issues we would be able to understand them better. Through our group, we are able to interact and challenge them,” he said.

Nakuru county Speaker Susan Kihika, who is among the most active officials, said criticism had helped them run the county better.

“We welcomed the criticism as it gave us an opportunity to learn. This in turn has enabled us to know our weaknesses and correct them while at the same time ‘defend’ ourselves,” she said.

Nacada chairman John Mututho said the groups have kept them abreast about the events taking place in the county.

“We are the first ones to get the news even in cases of accidents. Of particular concern to me, I have been able to learn of areas where illegal brew is still being made and have conducted raids after getting the information from these platforms,” he said.

Doctors have also utilised the platforms to pass information regarding proper health habits.

“We have been able to issue information regarding cholera outbreak and its prevention. We have also been able to teach members on hygiene, good feeding habits and what to do in case of emergency like stroke, heart attacks, diabetes or even serious road accidents,” said Dr Samuel Kingori, Nakuru chief public health officer.

Ann Mwithaga, a businesswoman, said the groups are an important platform to network.

“We have met many people through these pages and have created long-lasting bonds of friendship. It has been a very exciting and efficient method of communication,” she said.