To link international adoptions in Kenya to trafficking is ignorance 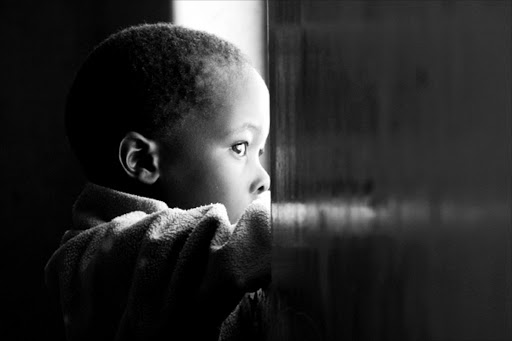 To link international adoptions in Kenya to trafficking is ignorance

Our children’s blood is not on sale. Adoption is not sale of our children’s blood. It’s imperative that we avoid the misuse and misinterpretation of terms that has been witnessed in the recent onslaught on adoptions through propaganda and lies peddled by a local adoption society through some media houses.

It’s a shame when adoption is misconstrued for child trafficking by detractors, linguistic dwarfs, ill informed people and those with ill intentions to tarnish the beauty of adoption. Adoption is a social-legal process that severs the ties between a child and his/her biological parents and bestows on the child new parent/s. Adoption is a noble thing, a beautiful thing that connects a child with a family as opposed to institutional or street upbringing. The child gets a name, family status, rights to inheritance and above all a sense of belonging, someone to call mummy and/or daddy.

Child trafficking is an illegal act of sale of children by unscrupulous persons or organisations for ill purposes. It’s an ugly thing, an abuse to humanity, a criminal act, a money making scheme. In fact, proper and well streamlined adoption procedures local or inter-country are a deterrent to child trafficking.

Before the ban on inter-country adoptions was announced, Kenya cooperated with Netherlands, Denmark, Finland, Sweden, Norway, U.S.A, Germany, Canada and Italy as receiving countries for our adopted children. To demonise inter-country adoptions and make it synonymous to child trafficking displays a high level of ignorance on the subject. A prospective adoptive parent going through the legally stipulated process of adoption is not a child trafficker.

Adoption in Kenya is highly streamlined. The Children Act 2001 and Adoption Regulations of 2005 clearly lay down the requirements, criteria and procedures for adoption. Kenya is a signatory to the Hague Convention on the Protection of Children and Co-operation in respect to inter-country adoptions. And did you know that Kenya is among the most difficult countries to adopt from as a foreign adopter?

Now, a serious child trafficker, with the aim of making profits and looking for a country to traffic from under the guise of adoption, would most likely not consider Kenya as a source. I will tell you why; it takes a prospective adopter wanting to adopt from Kenya a minimum of three solid years to prepare for a Kenyan adoption (while still in their country). They must go through extensive assessment carried out by their Department of Social Welfare. They must undertake a thorough pre-adoption preparation (a full course) and be subjected to thorough medical exams and criminal checks.

Their financial and social wellbeing is checked and detailed reports are written. The question of their suitability for an inter-country adoption is throurougly scrutinised before they are granted an approval.

The approval is granted by the Adoption Central Authority in their country after which their application dossier is sent to a local registered adoption society who forwards it to the National Adoption Committee in Kenya. The committee which sits monthly (before it was disbanded in February 2015), vets all applications placed before it and makes independent decisions on each application.

Some applications are rejected, some are deferred and those that meet the threshold are approved. If an application is approved, the local adoption society matches the approved couple with a child and sends the child’s profile to the agency in the receiving country. The child proposal is again presented to the authorities for approval before the child is introduced to the couple. If they accept the match, they then travel to Kenya to meet the child. They do not come to Kenya to window shop for children but to meet a specific child whose profile they already accepted. Adoption attempts to simulate a birth process as much as possible.

The couple must bond with the child at the children’s home for a period of 5-14 days before initiating the three month mandatory bonding process as required by law. Then the legal process which takes an average six-seven months begins. After the court order the couple still needs another six-eight weeks to process the adoption certificate, passport and visa for the child.

Therefore, a foreigner adopting from Kenya must reside in Kenya for not less than nine months. They leave their jobs, homes, families and friends. They live here, make Kenyan friends, tour various destinations in Kenya, and learn the language, culture and origin of their child. Most of them come back every two years with the adopted child/ren to visit their second home, to maintain the child’s ties with his/her country.

To call these people “strangers coming to steal our children” is derogatory and ill intended. There are countries some in Africa where it only takes two weeks to complete the process and leave the country with the child; I guess anyone interested in trafficking would target such.

About 85 per cent of children placed for adoption are mostly abandoned children; abandoned at birth or a few weeks/months after birth. Babies born and abandoned in hospitals right after delivery, mothers give fake names and fake contacts , their intentions is clear, they do not wish to be traced. Children abandoned in taxis, lodgings, empty houses, social places…. Some of these children die before or soon after rescue due the harsh and malevolent nature of their abandonment.

The law gives the birth parents and relatives six months to trace their children after which the child can be presumed to be abandoned. Time and resources are spent on family tracing in an effort to re-unite the children with their families. There are cases where the offenders are apprehended and charged in court and even serve jail terms for the offence of abandonment. In some cases they are traced but still do not want their children; they give consent for their adoption. Approximately, 10 per cent of children placed for adoption are willingly given up by their birth parents. These are mostly women in crisis pregnancies, cases of rape, incest etc.

As in every sector, there are individuals and organizations that abuse laws and procedures for their selfish gain. Adoption is no exception, it is susceptible to abuse but to generalise this and baptise adoption with a new ugly name like child trafficking is not the way to go.

Kenyans have a strong preference for adoption for infants below one year and to respect this wish no foreign adopter is allowed to adopt a Kenyan child below one year. Also majority of Kenyan adopters prefer female children, the single female applicants are also restricted by the law to only adopt female children. The flip side is that more boys are abandoned and given up for adoption hence creating a need for adoption of boys. Inter-country adoption fulfills a specific need, particularly for older children and children with special needs who have slim chances of being adopted locally.

A look at any local adoption society’s database will reveal a list of Kenyan families waiting for female children and children below one year while more and more boys and children with special needs are growing older in institutions.

It would be a cause for celebration and a great joy even for me if every able Kenyan, opened their doors for these children and adopted them.

Then and only then can we comfortably close doors for inter-country adoptions and go home in peace knowing that every Kenyan child is enjoying the basic human right of receiving love, nurture and belonging in a family setting. After all, the struggle for independence was not for a select few, institutions should and must never be a permanent home for our independent children.

I fully support the fight against human trafficking and modern day slavery; these vices must be stopped at all costs. Yet stopping inter-country adoptions will in no way stop our young girls from leaving this country in drones to the Middle East only to come back dead, it will not stop the domestic trafficking for child labour and sex in Western Kenya and the Coast respectively. I refuse to even consider that an end to inter-country adoption is the solution to this vice.

What Kenya needs is family preservation initiatives to curb abandonment and separation of children from their biological families, gate keeping strategies to keep children in their natural families and communities. I laud the Ministry of Labour, Social Security and Services for it social protection initiatives including the cash transfer program and also for the launch of the Guidelines for Alternative Care of Children in Kenya which will help in ensuring the welfare of children separated from their families is protected.

Susan Otuoma (MPH) is a child protection worker, Chief Executive Officer of Little Angels Network, A Child Protection Organization also registered as a local adoption society. She is working on a book The Beauty that is Adoption.