After brilliant 'Pitch Perfect 2', another sequel is unnecessary 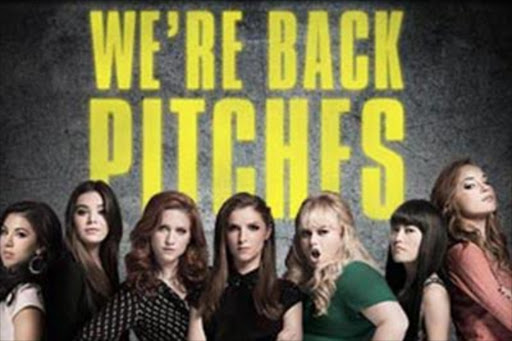 After three years of being the A-Capella show choir champions, the Barden Bellas host a special performance for President Obama’s birthday. But all goes horribly wrong when Fat Amy (Rebel Wilson) swings in like a wrecking ball while — ironically — singing wrecking ball and ends up tearing her sequined jumpsuit. She exposes her private region to the entire audience and not to mention the President and his flabbergasted wife. The Bellas become the subject of public scorn and reprimand. As punishment, the Bellas are suspended from any A-Capella competition and their championship title is taken away from them. Three time senior student Chloe (Brittany Snow) and the Bellas leader Beca (Anna Kendrick) make a deal with A-Capella board representative Gail (Elizabeth Banks). The deal is that if the Bellas win the world A-Capella tournament then they would be reinstated as the reigning national champions and allowed to compete again.

But the world championship is not an easy competition to win, especially going up against the well-oiled Das Sound Machine group. DSM is robotic and flawless in their performance; everything and everyone is in place at any given time. The group is led by the intimidating duo Pieter (Flula Borg) and Kommissar (Birgitte Hjort Sørensen). The Bellas, it seems, have lost their harmony because they don’t connect musically anymore.

Chloe takes the Bellas on a retreat to a camp lead by Bella’s former leader Aubrey (Anna Camp). Aubrey leads the group through some challenging team building activities. The team fight and argue during the retreat, until the last night where they connect by singing “cups”. The song is the same one that Beca used for her auditions in the first installment.

This sequel takes the competition to a whole new level. The vocals are, well, pitch-perfect and the dance moves well-choreographed. The addition of newcomers Hailee Steinfeld as Emily Junk and Chrissie Fit as Florencia Fuentes add that extra oomph to the group dynamic.

Elizabeth Banks does not only reprise her role as Gail but she makes her sequel directorial debut in this film. Although the film was a great commercial success, the franchise should call it quits after the sequel, a third installment is unnecessary.