Film Review: The joy of being silly 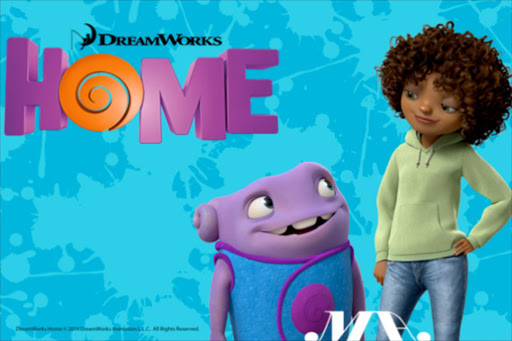 Every so often as an adult you wish to see a good animated movie that can invigorate your joyous side and obviously make you howl with laughter. Home is one such film. The Boov are an extra-terrestrial species that are trying hard to find a planet to call home. On the run from their enemy the Gorg, Boov move planet to planet trying to hide from the Gorg. Under the command of their Captain Smek (Steve Martin), Boov find that the third rock from the sun is the perfect Home for them. In order to settle on Earth the Boov have to relocate Humans in smaller settlements while they enjoy their new home in the cities.

Oh (Jim Parsons) is an over-excited, clumsy Boov that seems to exasperate every Boov. In fact he got his name as a result of the sighing sound ‘oh’ everybody makes when he comes around. When Oh decides to have a housewarming party, he accidentally sends an email to everyone on the galaxy. This includes the Gorg and the Boov are now under threat of being forced out of this wonderful Home planet they have found. When Captain Smeck declares Oh a threat and should be arrested, Oh flees and subsequently becomes a fugitive.

Elsewhere in the city Tip (Rihanna) is in a frenzy trying to search for her mother Lucy (Jennifer Lopez) who was relocated by the Boov during their invasion. Tip’s only companion is her calico cat named Pig. Both on the run Oh and Tip meet and as fate would have it they would need each other to survive. Oh tells Tip that to find her mother they must go to the command centre in Paris, because that is where all the human information is kept. Oh turns Tip’s car into a flying car by using slushies’ as fuel.

Home is a story of friendship, survival but also about the joy of being silly and celebrating being different. The very familiar voice of Jim Parsons (The Big Bang Theory) definitely boosts the comedic aspects of the movie. His nerdy yet silly character can be felt throughout the film. Rihanna’s animation voice-over debut was as refreshing as it was enigmatic. Animations films have a way of reusing the same stars that after a while the voices are just too familiar.

But by using these two new comers into the world of animation, DreamWorks has certainly made the movie that more exciting to watch.

Home is based on the Based on the novel The True Meaning of Smekday by Adam Rex. The soundtrack Feel the Light was performed by Jennifer Lopez and the film also features several of Rihanna’s songs including Dancing in the Dark.