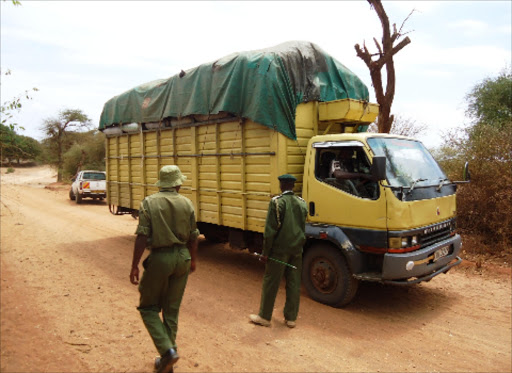 Patrick Kituku is a worried man. The forests at his Kitui home have been depleted. The chairman of the Mutha Charcoal Producers Association rues over the widespread and indiscriminate felling of trees for charcoal burning deep into the Kitui South Game Reserve.

Kituku is worried that three years after seven charcoal producers associations were formed and duly registered to ensure sustained charcoal production and trading in Kitui county, it has been difficult for them to accomplish their mission.

"I run one of the about 13 legally recognised charcoal producers associations in Kitui but we have not be able to achieve our noble objective three years down the line," Kituku said during the recent interview at his Kalambani base in Mutha division of Mutomo district.

He said soon after the associations were formed and registered, the Kenya Forest Service department imposed a ban on charcoal production to the chagrin of the members. He said the situation worsened last year when the Kitui County Assembly also imposed another ban in July.

"Since we are a law abiding association, we refrained from charcoal production until the ban is lifted. However, the embargo on charcoal burning has ironically led to wanton destruction of forests as illegal loggers and charcoal burners are now working on overdrive in sheer disregard of regulations," he said.

Kituku said illegal charcoal burners and traders are causing serious environmental degradation as they try to circumvent the ban and cash in on the situation.

"They have moved into the Kitui South Game Reserve with power saws where they fell trees and burn them indiscriminately. The law enforcers are also in this game. We believe they receive daily bribes to allow the illegal loggers a field day," he said.

He said since the new crop of illegal charcoal producers have no regard for environmental conservation, they have left large tracts of land bare after sawing away most of the trees.

“The Kitui South Game Reserve has borne the brunt of this illegal activity. On daily basis at least 15 lorry loads of charcoal leave the game reserve with charcoal making nonsense of the ban by the Kitui County government,” Kituku said.

He said the 1,350 members of the Charcoal Producers Associations are left watching as fleets of lorries cart away tonnes upon tonnes of charcoal, literally defeating their goal of enforcing sustainability in charcoal burning.

"We intended to put in place comprehensive environmental structures which integrate individual and group efforts to conserve environment but those supposed to help implement relevant by-laws and regulations sadly work in cahoots with the illegal charcoal merchants," Kituku lamented.

Solomon Mutemi, the chairman of Mutomo Charcoal Producers Association, tells a similar story. He accused the provincial administration and some officials of the Kenya Forest Service of failing to enforce the ban on production and transportation of charcoal imposed until mechanisms are put in place to burn charcoal in a sustainable manner.

"Though KFS imposed the ban, tonnes of charcoal is still finding its way outside the region impacting negatively on environment conservation and preservation," Mutemi said.

In Mutomo district, the illegal charcoal merchants have targeted gazetted virgin areas like the Kitui South Game Reserve, Mutha and Engamba gazetted forests. They have encroached into the areas where they fell trees for illegal commercial charcoal burning.

"This uncontrolled depletion of the environment through charcoal burning and sand harvesting is what we want to reverse through enhanced dry land development, sustainable agriculture and sustainable charcoal production and trade," says Dr Isaac Kalua, chairman of Green Africa Foundation.

He says in collaboration with other environment conservation agencies including Kenya Climate Change Working Group, green villages, waste management, water harvesting and eco-tourism zones are being set up in Tharaka Nithi and Kitui counties where environment depletion has led to serious vagaries of climate change.

Kalua said baseline survey carried out in the two counties shows that 10 kilogrammes of firewood were consumed every day in household for cooking while 6.7 million trees are felled every day for domestic and commercial charcoal.

"If this wanton destruction of environment is not checked, the message we are sending to the world is that the country is fast becoming a desert hence we need to devise decisive programmes to reverse the trend," says Dr Kalua.

He says GAF is working with the Charcoal Producers Associations in Kitui by empowering them to meet their mandate of controlling the charcoal trade and protect the environment. He said the associations advocate for the replacement of trees felled for charcoal.

"Through the capacity building of members of the charcoal producer associations, tree nurseries will be established in the project areas where the residents will be provided with early maturing seedlings," says GAF project officer Rowland Simiyu.

Simiyu said his organisation is encouraging Kitui residents to plant indigenous trees of high value and which are resistant to drought like the jatropha and melia volkensii (Mukau) whose products are ever on high demand.

He added that the locals should adopt modern kilns for charcoal burning. He said kilns like the Half Orange type is fed with tree branches and this allows the main tree to regenerate. Simiyu said there is no waste in the new technology as the remains can be used as charcoal briquettes to earn the producers extra income.

"To reduce dependence on charcoal burning for livelihood, the organisation is empowering residents to maximise on the potential of the seasonal rivers that crisscross their area by venturing in food production along the river banks," Simiyu said.

"Through water harvesting for minor irrigation, farmers along Thua River and other seasonal rivers can now boast horticulture produce for domestic use and for sale," he added.

Simiyu said a green village centre of excellence has been set up near Kitui town from where communities enlisted in the project can learn and set up such villages in their home areas.