• The two welcomed a baby girl on Sunday morning 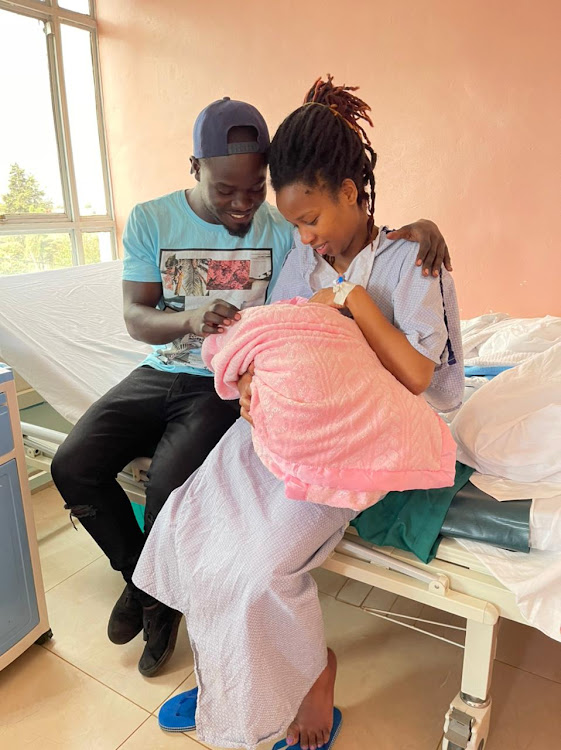 The two welcomed a baby girl on Sunday morning.

Speaking to Word Is, the excited dad said he was in the delivery room during the whole process.

"I am so excited that God has allowed us to be parents to a beautiful baby girl," he said.

"She is called Keilah Oyando. My wife was in labour for a whole day but gladly she delivered successfully in a normal delivery."

Mulamwah added that the baby and her mum are stable and the hospital has discharged them. "My daughter weighed three kgs."

The comedian said they will open social media accounts for their baby but not photos yet.

"Even if we don't open, people will use her names to open fake accounts," he said.

"I will not give trolls a chance to write negative comments on her page. I have been on social media and I know the effects of that. I will specifically open pages for her future benefits.

"I earn through social media and so I don't mind creating a platform for her as early as this."

Mulamwah and Sonnie had lost a pregnancy a while ago.

He said it was not easy to accept that they had lost their child as he kept struggling with the bitter truth until he had to go for counselling.

"Of course our daughter is not a replacement since a loss is a loss, but it feels good," he said.

"This will give me more reasons to work hard and focus more on life. Priorities will change and she is already an ambassador for a clothes company. They will dress her for the next 17 years."

About the kind of a dad he hopes to be, Mulamwah said he wants to be the best and ensure she gets all she deserves from her parents.

"We look forward to the best as she grows up."