Governor Amos Nyaribo is expected to be cleared on Tuesday.

• Health, agriculture, women and youth affairs are among the major issues that the cleared candidates have lined up to address if elected. 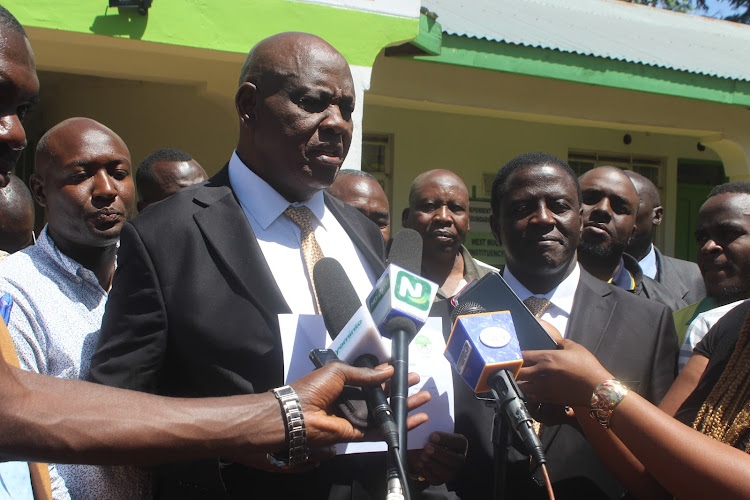 Former Kitutu Masaba MP Walter Nyambati with his running mate Erneo Nyakiba after they were cleared at the IEBC offices in Nyamira town on Sunday, June 5, 2022
Image: ALVIN RATEMO 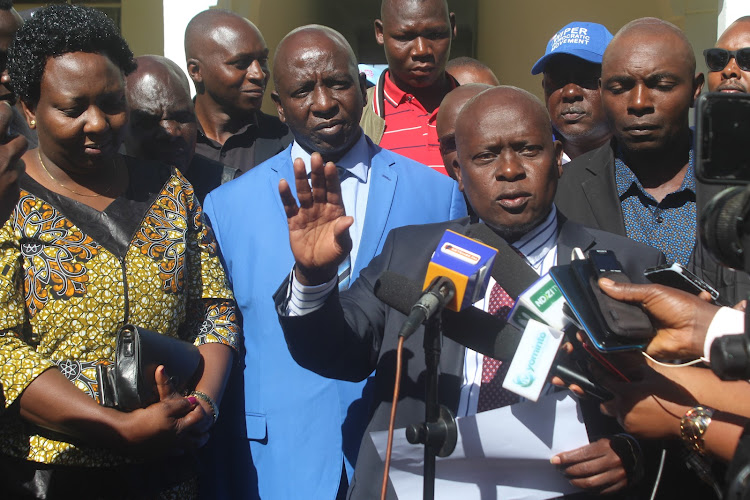 Governor Amos Nyaribo and his deputy James Gesami are expected to be cleared on Tuesday.

Former Commodity Fund chairman Mwancha Okioma of Jubilee and his running mate Charles Nyandiai will also appear before the electoral commission to seek clearance on Tuesday.

Health, agriculture, women and youth affairs are among the major issues that the cleared candidates have lined up to address if elected.

“Since devolution, we have not seen much in terms of development in the devolved unit. It is now 10 years and the national government has been pumping millions of cash into the county and not much has been achieved," Nyambati said on Sunday.

"We need a government that will ensure the county is at the same level as other developed counties in terms of health, agriculture and youth.”

In April, Nyaribo said he was confident of recapturing the seat.

“We have done some developments and are calling on Nyamira residents to support us to do more for the county. This is the time to change their lives,” he said at the time.

Among the key areas Nyaribo will focus on if reelected is health, infrastructure and agriculture, which he says make a large contribution to the county’s workforce.

Says the blame game between governor and senator will deny residents services.
Counties
4 months ago