• She said that despite the Covid-19 interruptions, she was able to study online with the help of her school and family.

• Mother Catherine Wabwire told the Star after her husband died, she has been struggling to raise her two children. 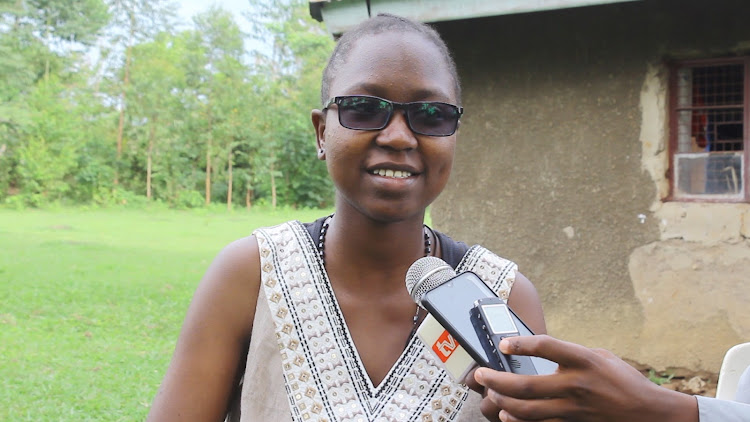 One of the beneficiaries of the Wangamati scholarship programme scored A in the just-released KCSE exam.

Wabwire Khwaka Tatyana, 19, said on Sunday she is happy with the score and wants to take an architecture course at the University of Nairobi.

She spoke to the Star at her home in Kimatuni, Bungoma county.

Wabwire was a student at Pangani Girls in Nairobi.

She said despite the Covid-19 interruptions, she was able to study online with the help of her school and family.

"I thank my school administration and teachers who supported us through this period. I will not let my family down once I join university," Wabwire said.

Mother Catherine Wabwire told the Star after her husband died, she has been struggling to raise her two children.

"My husband died when Tatyana was in Standard 4. I almost gave up but my daughters told me they won't let me down in school. I'm happy with Tatyana's performance," she said.

She said her daughter's performance has been consistent right from primary school.

The mother praised Bungoma Governor Wycliffe Wangamati for placing her daughter in the scholarship programme.

"I live with my daughter and her two daughters here because they were suffering after the death of their father,” he said.

The governor says beneficiaries will increase from 2,000 to 3,000 in the county.
Counties
4 months ago

Bungoma to increase students getting scholarship from 5,000 to 8,000

Says the programme will only be successful if the 575 pioneer students do well in the KCSE exam.
Counties
7 months ago
“WATCH: The latest videos from the Star”
by TONY WAFULA
Western - Page 28
25 April 2022 - 22:00