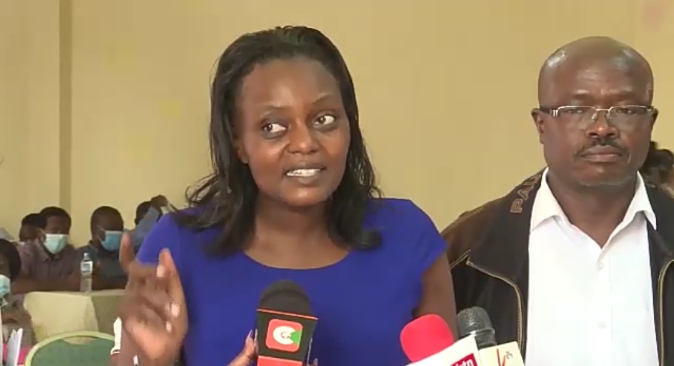 Egerton University dons have vowed not to resume teaching until their grievances are addressed and a watertight work formula signed.

This comes days after the students from the university resumed at the Njoro based campus after three months’ closure.

Dr Grace Kibui, UASU secretary Egerton chapter, said the dons have not been paid December and January dues. She said they had  been threatened by the administration that they would not get their February salaries.

“The lecture halls and labs remain largely empty and deserted, a fact that we regret but we must fight on for posterity. For avoidance of doubt there shall be no learning and examinations at Egerton University until these grievances are heard and determined amicably,” Kibui said.

Speaking to the press in Nakuru, Dr Kibui said that students have been trooping into the university but only a few UASU members involved in administrative duties are actively engaged.

The university has more than 500 dons who are members of UASU.

The university had handed the UASU officials in the university with suspension letters, which were, however, temporarily halted by the court until the matter is heard.

In the letter to dons, the university accused them of violating their contracts, which was classified as absence from duty without lawful authority.

Learning at the Njoro based institution was cut short in November 2021 after the teaching and non-teaching staff withdrew their services and started protesting.

This was after the university failed to honour a nationally agreed collective bargaining agreement of 2017-2021.

The administration has however said that students will remain in the institution until the issue is resolved.

Egerton closure turns Jokeria into ghost town, everyone is broke

Most businesses have shut down owing to the absence of students.
R.Valley - Page 30
7 months ago