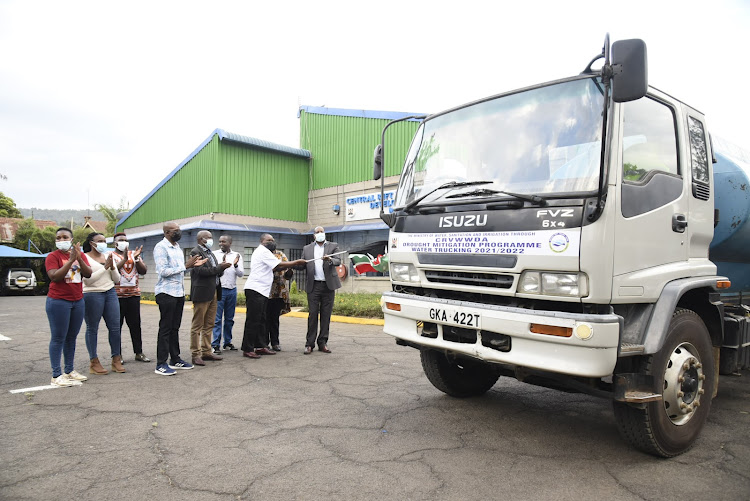 Water tankers have been dispatched to drought-stricken parts of Rift Valley to help people and livestock survive.

Severe drought ravages much of the country due to the failure of the long rains expected between April and July.

While flagging off the trucks in Nakuru, the Rift water agency acting CEO Samuel Oruma said his officers have already identified drought hotspots that need water.

"It is our responsibility to ensure storage tanks are filled with water daily without any cost to the users," Oruma said.

“The agency will work closely with county water companies by ensuring trucks donated to them by the agency are in good condition," he said.

In Baringo, the Molok, Kiskis, Chemutung, Tinamoi and Chepnyorkin public schools are among the worst hit. They were among the first beneficiaries in water distribution.

Hundreds of pupils are unlikely to resume learning this week in regions ravaged by drought.

Many send their school children trekking in search of water and pasture for livestock.

The agency’s trucks already have been dispatched to Turkana, Laikipia and Narok to supply hard-hit schools.

Most of the rivers in Tiaty have dried up, forcing residents to dig artesian wells to extract dirty water for household use and livestock.

At least 2,800 children under the age of five suffer from nutrition deficiency.
Counties
1 year ago

Feed will save animals that have not migrated for water and pasture.
Counties
1 year ago